Dr Anne Smith from Ulster University and Professor Colin Harvey explore how Brexit might prove a constitutional moment for a rights-based approach to good governance in Northern Ireland, leading to the adoption of a Bill of Rights. 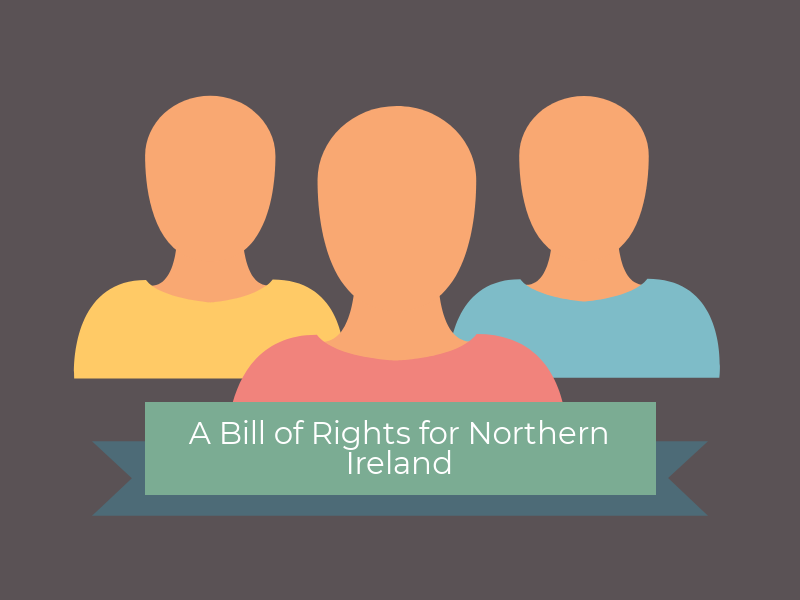 Brexit is giving rise to anxiety about a ‘major constitutional change’ that is creating ‘constitutional uncertainty’, but it has also resulted in a ‘constitutional moment’ with implications for the future of these islands. Depending on political positions on the larger constitutional questions, this might be viewed as a significant moment for the UK or an opportunity for an enhanced discussion about the future of the island of Ireland. It could, of course, be both of these things at the same time. But Brexit has taught everyone if they did not understand before, that constitutional status is a contested matter. We believe that whatever view is taken of this, a Bill of Rights is a vital guarantee whatever the constitutional future may hold.

In the wake of Brexit, we should not miss the opportunity that Brexit presents for enhanced discussion about human rights reform. This is one of the findings of our research project funded by Joseph Rowntree Charitable Trust (JRCT). The project aimed to renew the debate about the detail of what a Bill of Rights should contain and the possible ways forward. To this end, we published a draft model Bill of Rights based on the Northern Ireland Human Rights Commission’s advice.

A proposed Bill of Rights is part of the wider collective human rights and equality protections that emerged from the Belfast Agreement/Good Friday Agreement (the Agreement). Under that Agreement the Commission was mandated to provide advice to the British government. Their advice was delivered on the 10 December 2018. The Agreement’s terms of reference were that such a Bill was to reflect the ‘particular circumstances of Northern Ireland’, to consist of rights supplementary to the European Convention on Human Rights (ECHR), and the need to consider ‘international instruments and experience’ among other things. The British Government’s response was dismissive, and the document remains trapped in a political stalemate.

Colin Harvey is Professor of Human Rights Law in the School of Law at Queen’s University Belfast. He has served in several leadership and management roles at Queen’s including: Head of the Law School; Director of the Human Rights Centre; Director of Research (Human Rights); and as a member of Senate. Dr Anne Smith is a Senior Lecturer at the Transitional Justice Institute and the School of Law at Ulster University. She teaches at both undergraduate and postgraduate levels. Her research and teaching interests are transitional constitutionalism, comparative constitutional law, human rights and equality.