A new political force, which stretches beyond the legacy issues of The Troubles, is emerging in Northern Ireland. Dr Drew Mikhael and Dr Timofey Agarin ask whether it can break the stranglehold of the main sectarian parties. 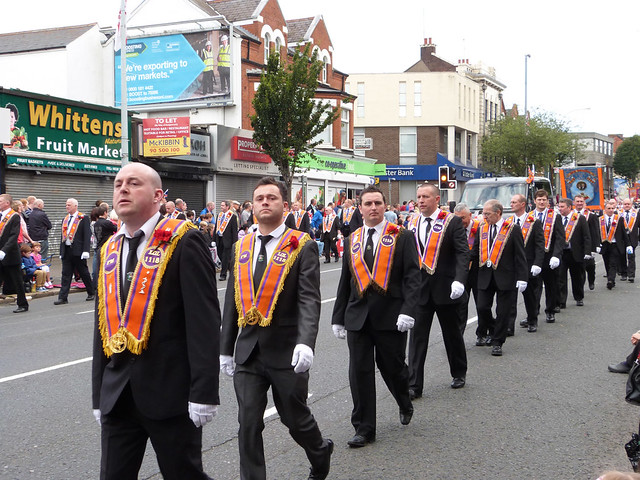 There was a worrying increase in violence during the Protestant Orange marches of July 2018, a traditional flashpoint between Northern Ireland’s Nationalist and Unionist communities. The marches commemorate the victory of Protestant William of Orange over Catholic King James II at the 1690 Battle of the Boyne. They are organised by the Orange Order every July 12 and take place throughout the province.

While tension thankfully did not reach levels seen in the past, a new political force, which stretches beyond the legacy issues of The Troubles, is emerging in the province. But can it really break the stranglehold of the main sectarian parties – and move the province further on from the lasting divisions typified by the annual Orange marches?

At a recent event at Queen’s University Belfast, a number of representatives from minority ethnic, gender, political and sexual communities discussed the exclusion faced by those not primarily motivated by the Green (Nationalist) or Orange (Unionist) agenda.

The discussion concluded that the power-sharing agreement between the two sides has stagnated and is unable to deliver policy reform that would limit discrimination or change a government system that has entrenched the divided political identities. While the two main parties – the Democratic Unionist Party (DUP) and Sinn Fein – retain firm control over the province’s shared executive, their ongoing disregard for the ever-growing concerns of “others” will only lead to more frustration with government.

A time of change

The Good Friday Agreement, signed 21 years ago, has undoubtedly transformed Northern Ireland for the better – and politically motivated violence, while still evident, is much rarer now than in the past.

The power-sharing agreement means that Unionists and Nationalists are represented in the executive and public office in proportion to their population share. It also protects the interests of Protestants and Catholics in the province. These structures are a powerful incentive for the two communities to use political, rather than violent, means to achieve their objectives. But they were not designed to reflect or empower the voice of “others”.

Dr Drew Mikhael is Research Fellow with the Exclusion amid Inclusion: Power-Sharing and Non-Dominant Minorities project. Drew’s work is primarily concerned with the marginalisation of non-ethnic and non-national groups in divided societies. Dr Timofey Agarin is a Senior Lecturer in the School of History, Anthropology, Philosophy and Politics. His research interests include relationships between the state and society, interrelations between the majority and the minority, issues relating to non-discrimination in Europe, and the impact of European integration.