Attitudes to Transgender People in Northern Ireland: The Importance of Survey Data 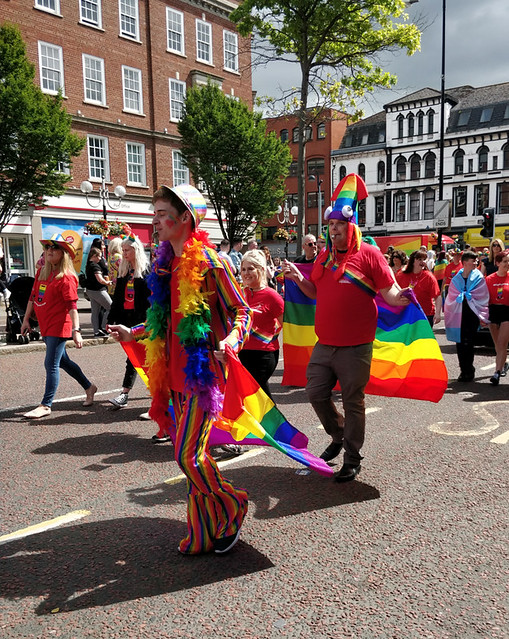 Since the introduction of the Gender Recognition Act (GRA) in England and Wales (2004), fewer people than anticipated have come forward to have their acquired gender legally recognised. The current process considered ‘bureaucratic, expensive and intrusive’ was felt in need of updating. The subsequent public consultation, during the latter half of 2018, around proposed reforms to the GRA, alongside increased news coverage, entertainment storylines and celebrity culture, brought transgender individuals and issues of gender identity into the media spotlight and public consciousness in unprecedented ways.

Surgical, medical and social transitions, previously veiled in secrecy and myth were now the focal point of mainstream television shows and documentaries. When not focusing on trans bodies, access to toilets, domestic violence refuges, prisons and other supposed problems were hotly debated. While, on one hand, increased trans visibility increased public understanding, on the other it fuelled panic and concern, positing the rights of one group against those of others.

The appointment and subsequent removal of trans activist and model, Monroe Burgdorf​, as the first Childline LGBT ambassador is the most recent in a long line of media headlines concerning transgender individuals. Opinions regarding the inappropriateness of this appointment were met with allegations of transphobia and racism from outside of the organisation and condemnation, ‘shame and embarrassment’ from staff members (Jones & Perraudin, 2019).

Given the attention this and other stories concerning transgender individuals has received, the reporting of them would suggest that public opinion is highly divided on the matter. It was timely therefore when in 2018 the Northern Ireland Life and Times (NILT) survey, for the first time, asked a representative sample of the adult population questions to gauge public attitudes towards trans people, and current public debates in this area. Prior to this, the survey had asked questions only on public perceptions of inequality towards transgender people, and public attitudes towards lesbian and gay people and LGB issues.

Drawing on some of the data from the recent NILT survey, and considering the relative lack of research on transgender issues, we present five reasons why it is important to collect data on public attitudes towards transgender people, and consider what this can show.

While part of the ‘LGBT’ (Lesbian, Gay, Bisexual, Transgender) acronym, the ‘T’ has often been overlooked or more generally subsumed in popular discourse, research and services. Ruth Hunt (CEO of the LGBT charity Stonewall) commented that they were ‘late to the game in supporting the trans community’. Similarly within research, often that which claimed to be LGBT in focus reflected only the experiences of LGB people (sexual minorities). Such research missed ‘the T’ through small trans samples or minimal differentiation between the findings. In short what was true for LGB individuals, was presented as true for trans individuals also.

The NILT survey has asked questions relating to attitudes towards LGB people and LGB rights over a number of years. While this shows that levels of acceptance have progressed (Jarman, 2010; Carr et al., 2015), we simply do not know if this extends to transgender people. Utilising the following definition, survey respondents were asked to rate their level of prejudice towards people who are transgender:

‘People who are transgender have gone through all or part of a process (including thoughts or actions) to change the sex they were described as at birth to the gender they identify with, or intend to. This might include by changing their name, wearing different clothes, taking hormones or having gender reassignment surgery’.

This revealed that seven out of ten respondents (72%) described themselves as ‘not prejudiced at all’, whilst 21% expressed some level of prejudice, and 7% said that they did not know.

An identical question was asked in the British Social Attitudes Survey the previous year, this found a higher proportion of people (82%) defining themselves as ‘not prejudiced’ at all (Swales and Taylor, 2016). This brings us to our second reason why it is important to survey public attitudes towards transgender people.

Firstly, when questions are asked similarly across different surveys and cohorts, comparative analysis can be carried out. Secondly, public attitude surveys allow us to examine how attitudes may vary by a range of demographic factors. As such they can help us identify characteristics of those who are most prejudiced (or at least those most likely to identify themselves as such).

Focusing on those who define as ‘very’ or ‘a little’ prejudiced towards transgender people in the NILT survey, we see some notable differences across a range of demographic factors:

There are some interesting findings here that require further exploration, either through continued sweeps of the survey, or through more in-depth qualitative research with, for example, the younger age group regarding what is impacting their views and attitudes.

Perhaps we assume this because we do not have the data to examine it in any detail (the subsuming of T with LGB), or because in everyday knowledge and discussion we conflate minority gender identities and minority sexual identities.

While the survey did not ask a specific question this year on self-identified prejudice towards LGB people, it did ask about attitudes towards same-sex sexual relations and marriage equality. If we take these as an indicator of attitudes towards LBG people, data from the survey demonstrates that 38% of those who believe same-sex relations to be ‘wrong’, and 36% of those who do not support marriage equality, define themselves as ‘not prejudiced’ towards transgender people.

This means that a significant proportion of people who are not accepting of LBG issues, are accepting of transgender people. We cannot assume, therefore, that lack of acceptance of some minority groups aligns with prejudice towards other minority groups.

While future questions could be framed to be more directly comparable, these findings do reveal the importance of examining attitudes towards transgender people separately from attitudes towards LGB people within surveys.

Survey data also allows us to contribute, in a constructive manner, to public, policy and media discussions. As noted, the rights of transgender people to access public toilets and domestic violence refuges, and their rights to change the sex-marker on their birth certificate, have been the focus of much recent debate. The media discourse in particular, is often highly emotive with polarized positions presented as ‘evidence’ of the public’s position. The NILT, through collecting public attitudes to some of these issues, in a robust manner, enables insight into ‘the reality’ of public attitudes.

The data reveals relatively high levels of support for trans rights with over half of the sample approving of: a transgender woman using a female toilet (asked of women only) (59%); a transgender man using a male toilet (asked of men only) (55%); a transgender woman using a refuge if experiencing domestic violence (54%); and an individual having the right to change their sex on a birth certificate after two years of living in their ‘acquired gender’ (53%). Indeed levels of ‘discomfort’ or ‘disapproval’ are perhaps more revealing in that in any of these instances, no more than three in ten people reported that they were uncomfortable or disapproving.

These statistics are important as they perhaps demonstrate that public attitudes are not as negative as the media discourse sometimes implies.

This brings us to our final reason why the specific focus on trans issues, and the data it generates, is important. Effectively, it can allow us to trouble powerful claims made about who is ‘at risk’ and who is unaccepting of the extension of trans rights.

For example, in response to the consultation on updating the Gender Recognition Act in England and Wales, whereby the proposal is that individuals can self-identity their gender (without a medical diagnosis of gender dysphoria or providing proof of ‘living in the acquired gender’), campaigns such as ‘Fair Play for Women’ suggest that such changes will ‘rob women and girls of their rights’ and that female rights are under attack. But what do women actually think?

The NILT data reveals that in all cases women were more comfortable than men – of transgender people accessing public toilets, accessing domestic violence refuges and having the right to change their birth certificates. In fact, along with knowing someone who is transgender, the only factor to consistently correlate with more accepting attitudes was being female.

As such females themselves may be more accepting of transgender women accessing public services than is sometimes implied – indeed a significantly high proportion are accepting of access to domestic violence refuges (64%). So while public campaigns may fuel panic and concern, research like this shines a more robust and scientific light on what the public actually think.

This is the first time specific questions on attitudes towards transgender people have been asked in the NILT survey. It is a starting point from which future data can be collected and compared over time. As demonstrated within this survey, public attitudes may be more supportive than media coverage would lead us to believe. This is significance for how policy is shaped, but also for how transgender people, their families and society more generally understand trans identities and rights. Indeed, not collecting data specific to transgender people can lead to their invisibility in policy and public life.

Dr Siobhan McAlister is a lecturer in the School of Social Sciences, Education and Social Work at Queen's University Belfast. Her research interests include youth, social justice and criminal justice. Dr Gail Neill is a lecturer in the School of Applied Social and Policy Sciences at Ulster University. Her research interests include feminist participatory research and the development of innovative public dissemination and engagement tools.

Stop shaming mothers who want to breastfeed their babies