Beyond Brexit: Potential Fallout for ‘Others’ in Northern Ireland’s Power-Sharing Agreement

Considering that 20 years have passed since the signing of the GFA, the hopes of achieving equality of treatment in a post-Brexit world for groups and individuals who prefer, or do not mobilise around sectarian issues, seems even less likely says Dr Timofey Agarin and Dr Drew Mikhael. 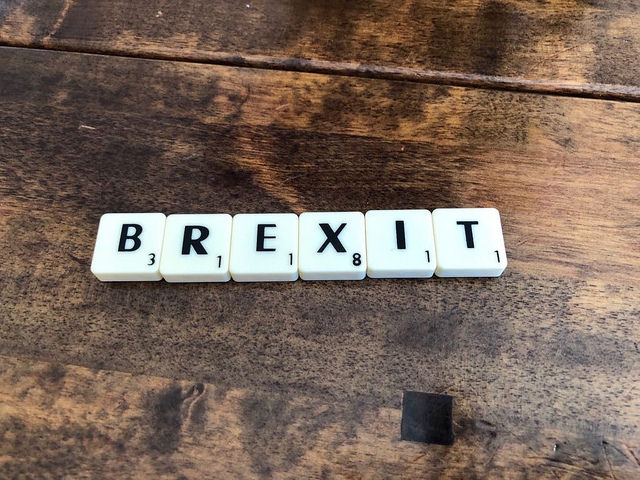 Citizens of Northern Ireland (NI) have watched the unfolding Brexit negotiations between the European Union (EU) and the United Kingdom (UK) in the hope that the hard fought peace is not jeopardised by the imposition of a hard border. This position is understandable. Creating constitutional measures to reassure both parts of the NI society, the Nationalist and Unionist communities, that the Province can continue to enjoy the benefits of peace has been the singular focus of discussions about the status of NI as part of the UK. Arguably, this is to ensure there is no return to violence and the perceived democratic deficits in the province would not destabilise the fragile peace.

The voices of the ‘other’ communities – those who have sought political inclusion not based on Nationalist or Unionist principles, but as residents of Northern Ireland – have been rarely heard. Brexit has provided yet another barrier for enacting their full, constitutional rights enshrined in the Good Friday Agreement (GFA) concerning equality prerogatives spelt out in 1998 and then reaffirmed in the 2014 Stormont House Agreement.

Considering that 20 years have passed since the signing of the GFA, the hopes of achieving equality of treatment for groups and individuals who prefer or do not mobilise around sectarian issues, such as abortion rights or same sex marriage, seems even less likely as the priority amidst negotiations centred around redefining relationships between the UK and the EU.  Although Northern Ireland features in discussions around the backstop, come March 30, maintaining consociational arrangement will be ever more challenging outside the EU when it comes to fundamental rights and freedoms of people in NI.

In a post-Brexit landscape, political energy in London and Dublin will most likely be spent on ensuring stability in Northern Ireland, rather than the creation of a fairer society, and the needs of those groups will be put further on the backburner. The goal moving forward for groups fighting for inclusion is likely to be crowded out as more pertinent issues revolving around the conflict dynamic of the Troubles take precedence, and tacit neglect of concerns of those who do not identify with the major ethnopolitical divide will continue.

The question post-Brexit will be whether the consociational arrangement offers sufficient incentives to change in needed areas and create fairer representation of groups who struggle to have their voices heard in the choir of the dominant Protestant and Catholic voices. For academics, consociational mechanisms are heavens sent: They are put into place to stop violence and bring representatives of those formerly in conflict into government. These former adversaries are expected to share power, and as such have responsibility for the future of the country and society they govern.

Consociations pride themselves on being inclusive. But the devil is often in the detail when it comes to the form this inclusion takes in consociational settings. For example, in our discussions with the members of the civil society organisations and grassroots groups, we have often heard that it is hard to break down the bipartisan thinking of people’s representatives and their voters alike. Processes such as forming a civic panel – a body made up of actors engaged in non-political community work – may allow an important forum to counter the polarising politicking of professional politicians.

An advisory body representing the people, and not those holding political offices, could result in more than just a tokenistic inclusion of interests for groups and individuals lacking guaranteed representation in high-table politics. An institution like the panel could help pull participants from the margins of public space into its centre; while creating an anchor for interests that are shared not only by two politically relevant communities but by all residents of the province.

Ultimately it is the dichotomy within power-sharing, that is put into place to ensure post-conflict peace but also to challenge and transform relationships between the formerly conflicting elites and people; to date, the expressed representation of communities in conflict has successfully brought conflict dynamics into the hall of government. As a result, as grassroots groups have told us expressly, there is little space left for accommodating those who were not centrally involved in conflict and the concerns of those groups and individuals in times of peace are subsumed among legacy issues. However, representation of these factually excluded groups is essential for continuous stability – and functionality – of NI’s consociational system.

The lack of progress is surprising because there is space in the GFA to create mechanisms to try and tackle the divisions in Northern Ireland. However, the realities of dealing with a post-conflict polity means that opportunities to discuss issues that are perceived to challenge the identities of formerly conflicting communities are constrained by electoral metrics underpinning the consociational arrangement. As one member of a civil society group expressed to us during a workshop on the matter, “the power-sharing here has been used as a hold on power” and mechanisms to move from conflict have been put on hold. Despite the fact that Northern Ireland in the 20 years since the GFA looks very different demographically, the big “P” issues not only remain salient, but fostered and driven by the elite political class. This is to be expected in the backdrop of a still deeply-divided society, which leaves actors who wish to gain traction on non-conflict issues searching for avenues to gain attention.

One approach that is agreed is that change must occur at the grassroots level, while continuing to push back against tokenistic measures of inclusion will remain an uphill struggle. As Brexit looms ahead, “The small issues are consumed by the larger ones”.

The bills on mental health, on domestic violence, women’s reproductive rights and marriage equality will be pushed aside as some issues look big on the table and are considered first, whereas for people on the ground all of these reflect the reluctance to have their voices heard.

Dr Timofey Agarin is a Senior Lecturer in the School of History, Anthropology, Philosophy and Politics at Queen’s University Belfast.

Dr Drew Mikhael is a Research Fellow in the School of History, Anthropology, Philosophy and Politics at Queen’s University Belfast.