In the event of Scottish independence, what would a Scotland-England land border look like? Dr Katy Hayward argues that Scotland might not receive the special treatment that the Withdrawal Agreement gives to Northern Ireland 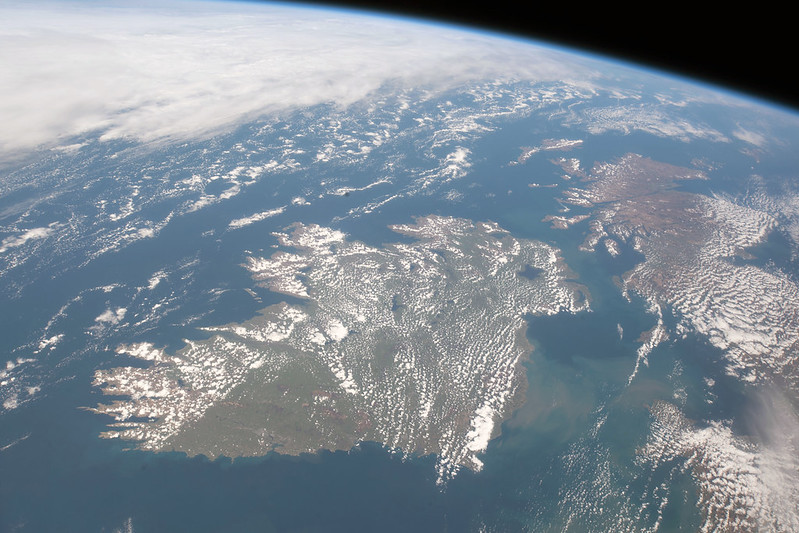 If it were to be an EU member and to hold its own as a sovereign state and trading partner, an independent Scotland must be capable of effectively managing its borders. What this means can be summarised succinctly in terms of three cornerstones for border management. The Scottish authorities will need to be able to prove themselves capable of all three:

These principles relate to all forms of movement across borders but because effective border management for the movement of goods is so key to the integrity of the EU’s single market and customs union (which Scotland will have to prove itself capable of upholding).

In having to enforce the rules of the EU’s single market and customs union at its borders, Scotland would face quite similar challenges of border management to those faced by Ireland as a consequence of Brexit. One obvious parallel is that it would have a land border with a non-EU country; furthermore, that same non-EU country would function as the ‘land bridge’ for Scotland to the rest of the EU. Secondly, apart from that one land border with England, it is surrounded by the ‘natural’ border of the sea. And it also has islands to surveil as part of its national territory.

There are also significant differences between the two cases; it is likely that those differences rather than the commonalities are ones that will be emphasised by the EU when it comes to what it would expect in terms of Scotland’s border management.

Scotland’s border with England is around 150km long and 5 main arterial roads (motorways and A roads) cross it. There are many B and C roads that traverse it too, but far fewer than in the case of the Irish border, with its 270-odd crossing points along a 500km historically-contested boundary. As was the case for the Irish border for much of the twentieth century, controls along the Scottish land border would be a challenge to design and administer. They would require new systems of cooperation and communication (including to facilitate and process customs declarations), new infrastructure (e.g. facilities for veterinary inspections), new recruits for border management (among whom customs inspectors are but the tip of the iceberg), and new rules for traders to comply with if they wish to move goods across Scotland’s borders. Furthermore, it is worth recognising at this point that any effective border management system will need to have effective enforcement of anti-smuggling controls as well as trade facilitation.

Technology can be a useful tool in the effective operation of borders but it does not in itself avert the need for controls nor, indeed, does it avoid the need to be clear about the system of border management that is to be applied. Such measures may come into play far from the geographical border or entry point and can involve a very wide range of actors (e.g. accountants, lorry drivers).

One thing we can be sure of: implementing an external border of the EU between Scotland and England would bring challenge and disruption. How much flexibility could we expect from the EU? Here’s where we might take lessons from how it approached the topic of the Irish border in negotiating the UK’s withdrawal – and they are not necessarily ones to set minds at ease.

When the EU and UK put the Irish border as a top priority for the withdrawal negotiations, it was in explicit recognition of the ‘unique circumstances of Northern Ireland’. These special conditions do not only arise from the legacy of the Troubles and the fragile peace process, but also from the genuinely exceptional geographical and political position of the region itself. The vital importance of the Irish state vis-a-vis Northern Ireland is key to understanding the flexibility shown towards it in the UK-EU Withdrawal Agreement.

And the flexibility that the EU showed Northern Ireland was quite remarkable. But it also had a certain logic to it. The fact that the Northern Ireland/Ireland Protocol in the Withdrawal Agreement means that the boundary of the EU’s customs union and single market will not have to be enforced along that border is, on the face of it, a rational and pragmatic outcome. Bluntly put, it is easier to manage a customs and regulatory border in sea and air ports than across a land border. If Ireland’s Brexit experience has demonstrated anything, it is that ‘taking control of borders’ is not just a catchphrase for the EU but a solid, strictly enforced principle.

What happens at the borders of an independent Scotland will not be just a domestic concern but will be very much determined by what is required by the EU and by what can be coordinated with whatever remains of the United Kingdom.

The article is adapted from a chapter of the report: An Independent Scotland in the EU: Issues for Accession from the Scottish Centre on European Relations.