Boris, Brexit, and the Border: An incendiary mix 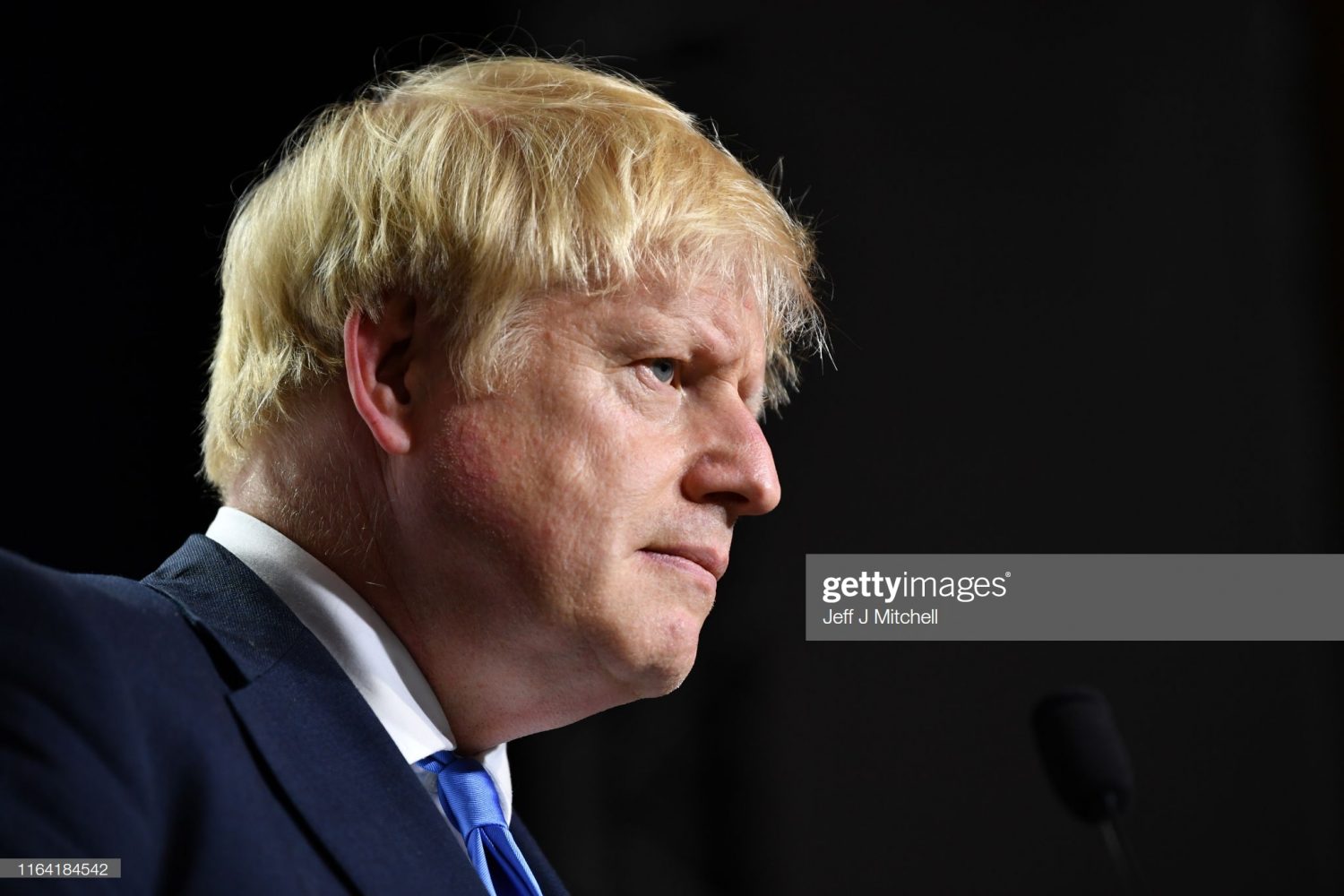 Just at the point when the United Kingdom of Great Britain and Northern Ireland desperately needs a leader who could approach Brexit with cold-eyed pragmatism, it has been gifted a showman whose grasp of detail is weak and whose feel for the complexities of the task is rather blunted.

Perhaps through that strange alchemy which turns fear into delusion, the members of the Conservative Party have elevated to power a dilettante where a professional should be.

Classical scholars, such as Boris Johnson, are renowned for using language with vigour and precision. But throughout his career, Johnson has used language to obscure his meaning, to amuse his followers and to blithely dismiss critics and opponents, whose crucial democratic job it is to probe government.

It is an approach appropriate to Brexit Britain, where fiction and fantasy time and again push aside the awkward facts.

Johnson himself has drawn the attention of the wider British public to the ‘Irish border issue’ by making the removal of the ‘backstop’ a condition of his acceptance of the Withdrawal Agreement. This has been done, however, with no explanation as to purpose of the backstop nor (as yet) any serious proposition as to its alternative.

Bombast triumphs over information. Scores of British people could tell you that the backstop is ‘undemocratic’, ‘loathed’ and ‘despised’; few could present any basic explanation as to its content. Indeed, we are yet to hear any detailed, substantive comment on the subject from the Prime Minister himself.

This is such a serious matter because what Johnson has focused on as a ‘make-or-break’ issue for Brexit relates to perhaps the most complex, sensitive and combustible issues in British history and politics: the future of Northern Ireland.

The backstop in the Withdrawal Agreement is primarily a measure to protect peace. It is intended to secure, in the event of a hard Brexit, what has been achieved in recent years by the transformation of the border from a line of conflict to one of cooperation.

Indeed, the Irish border region could be said to be the area of the United Kingdom that has been most deeply shaped by the process of European integration. The removal of customs posts, the deepening of the single market, the facilitation of cross-border services, the protections for frontier workers… all of these things had far more holistic consequence in the border towns of Newry and Enniskillen and Strabane than anywhere else in the UK.

That said, it was not until the Good Friday (Belfast) Agreement of 1998 created conditions of peace that it was possible to fully exploit the opportunities for integration. The fact that this could be – for the most part – a process conceived in largely depoliticised terms was key to its success. Cross-border cooperation, in the EU context, is logical and normal. That it could occur across a border that was, until fairly recently, heavily securitised makes such ‘normality’ quite extraordinary.

As such, the current openness of the Irish border has been a European achievement or, to be more precise, an achievement of the UK and Ireland as EU member-states.

People living and working in the Irish border region have widely varying opinions about the EU and about Brexit. But all of them would attest that the way things are now are incomparably better than they used to be. And all of them – even in the younger generations – would be all too conscious of the fragility of the peace they currently enjoy. An increasing number would describe the future in terms of enormous flux and growing danger.

In choosing to target the backstop in his tussles with Brussels, Boris Johnson is running the risk of becoming the most potent destabilising force in this unstable region.

A ‘No Deal’ Brexit is what Johnson appears intent on if the EU doesn’t relent on the backstop. Yet the consequences would be particularly devastating in Northern Ireland. At least one in every twenty jobs would be under threat. Supply chains and industries would become unviable almost overnight. Political polarisation would become even more difficult to bridge. And the 1998 Agreement could be severely incapacitated by the need to have direct rule from Westminster to manage the consequences.

All of these things resonate risk. The peace in Northern Ireland has been pivoted on a close partnership of trust and respect between the British and Irish governments. It has been aided by a normalisation of cross-border cooperation. It has been supported by steady economic growth and development. It has been premised on policy being made for Northern Ireland in Stormont (Belfast), not London.

We are facing a perfect storm of crisis for peace and stability in Northern Ireland. And the captain of the ship is sailing directly into the eye of the storm.

It is inconceivable that succinct explanations have not been put in front of Johnson, either by the F.o. or the cabinet office.
His ignorance is either FEIGNED or he just doesn’t care about losing lives AS well as livelihoods. I think he expects the sun, Mail, ETC. BLAMING foreigners will carry him through with the English electorate. The problem is, in snap ELECTION he MAY be right. History will of course judge differently.

Ps can you turn caps off please!