Brexit extended, but for how long?

Professor David Phinnemore casts an eye over the latest extension agreed in the Brexit process. 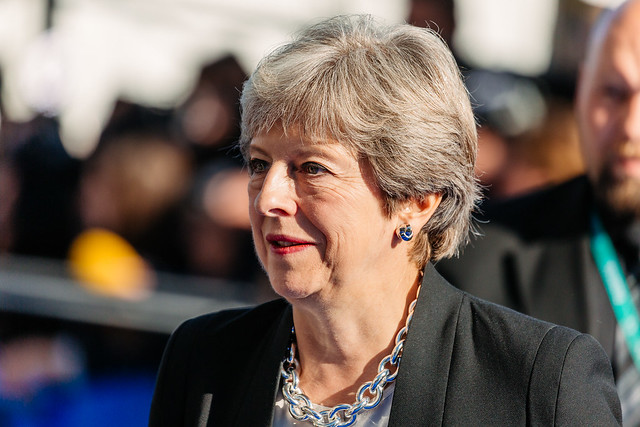 The UK will not now be leaving the EU with a ‘no deal’ Brexit at 11pm on Friday 12 April 2019. In the very early hours of Thursday 11 April, EU leaders gathered at a special meeting of the European Council and accepted a second request from the UK Prime Minister, Theresa May, to extend the Article 50 process. An extension until 31 October 2019 was agreed, so adding 202 more days to a process begun more than two years ago on 29 March 2017.

The extension does not mean that the UK will necessarily leave the EU at 11pm on 31 October 2019. There are various conditions attached to this date. Moreover, opportunities exist for the UK to leave before then. The UK could also seek another extension. More dramatically, the UK could decide to revoke Article 50 and remain in the EU. Also, the new deadline does not prevent a ‘no deal’ Brexit; the UK could still leave without a deal.

The 31 October 2019 date is contingent on the UK participating in the elections to the European Parliament (EP) on 23-26 May 2019. The UK government has already set in motion preparations for holding the EP election on 23 May 2019, so this condition is set to be met. If, however, the elections do not take place, the extension of the Article 50 process will expire on 31 May 2019 and on 1 June 2019 the UK will no longer be a member of the EU. This will be irrespective of whether the Withdrawal Agreement has been approved or not.

The UK government remains committed to securing approval of the Withdrawal Agreement. If it is successful in doing so before the EP elections, then it is envisaged by the Prime Minister, that the UK will leave the EU on 1 June. However, the date on which the UK will leave the EU will depend on when the Withdrawal Agreement receives the consent of the European Parliament.

If the UK does take part in the EP elections, the Article 50 process will be extended to 31 October 2019. If before that date the UK and the EU approve the Withdrawal Agreement, it is envisaged that the UK will leave the EU on the first day of the month following completion of the approval processes. Given the EP has no scheduled plenary session in August, this means that UK withdrawal from the EU could take place on 1 August, 1 October or 1 November.

So much clearly depends on when – indeed if – the UK Parliament approves the Withdrawal Agreement. And despite the difficulties that May has faced in securing MPs’ support for it, the European Council has made clear, once again, that it will not re-open negotiations on the Withdrawal Agreement. The agreed terms of withdrawal – including the ‘backstop’ – have to be accepted if there is to be an orderly withdrawal. There is, however, a readiness to revise the Political Declaration on the future UK-EU relationship if the UK position were to ‘evolve’, for example through the UK government adopting a position in favour of a future UK-EU customs union or EEA membership.

Given the inability of the UK Government so far to secure a majority of MPs in favour of the Withdrawal Agreement, this begs the question of what would happen if no majority is forthcoming. One option is a further extension. This would again require the unanimous support of the EU member states and this cannot be taken for granted. Approval of the current extension was not without debate, and EU leaders will be watching carefully to see whether the UK abides by its commitments to act in accordance with the ‘duty of sincere cooperation’ during the extension, fulfil its treaty obligations and not ‘jeopardize’ the attainment of the EU’s objectives. Good behaviour will be a pre-requisite for any serious consideration of a third extension request.

The alternatives to a further extension would be ‘no deal’ or a revocation of the Article 50 notification. A no deal withdrawal remains the default position, even with an extension. Revocation, to which the UK has a right – as explicitly noted by the European Council – would need to be actively sought and there is currently no evidence that the UK government is seriously considering the option.

The latest European Council meeting has brought some clarity as to ‘what next?’ in the process of UK withdrawal from the EU. However, how that process will pan out remains to be seen. An extension has been granted, but this in itself adds little by way of certainty as to when and how – and indeed if – the UK will leave the EU.