Brexit: what does it tell us about the EU?

The following blog is based on a presentation by Professor David Phinnemore at the launch of the report on Kent and Medway: Delivering a Brexit Border: Policing, Security, Freight and Customs at the Centre for European Studies, Canterbury Christchurch University. 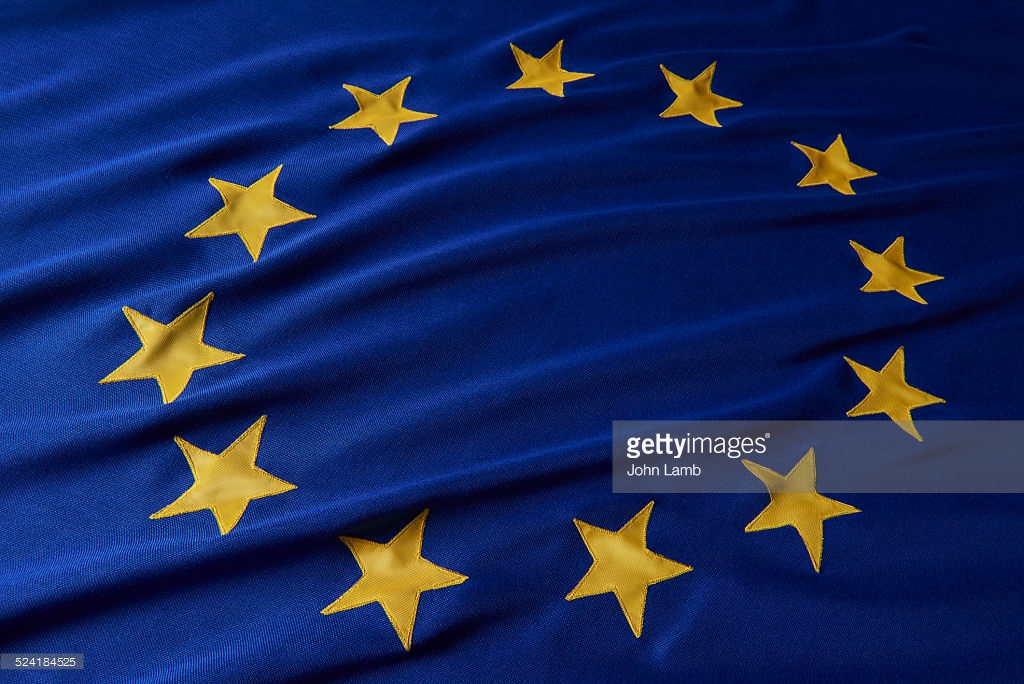 UK debate on Brexit focuses overwhelmingly on the domestic dimension to the process: the government’s handling of the negotiations, the divisions within government and in the Conservative Party, and increasingly the prospect of a Withdrawal Agreement passing through parliament. Assessments are rarely positive.

Far less attention is paid to what the process reveals about the EU. Yet, a number of observations can be made and these can help explain, at least in part, some of the difficulties the UK has been having in agreeing the terms of withdrawal and securing progress towards the type of the future relationship it wants – or thinks it wants – with the EU. Four sets of observations are offered here. They concern: principles, precedent, preparedness and process.

On the first of these, it is striking how widespread the ignorance among UK politicians and commentators has been of important and well-established principles that help define the EU’s relations with non-member states. Ever since the 1960s the EU and the EEC/EC before it, has insisted on what became known in 1987 as the Interlaken Principles. There are three of them. The first is that any relationship with a non-member state must comprise a balance of rights and obligations. There can, therefore, be no ‘cherry-picking’ of the areas of cooperation and integration to be pursued in a relationship with the EU; market access and other benefits come with costs, and the balance is generally weighted to the EU. The EU27 have been clear on this since before the withdrawal negotiations began and have not held back on repeating the principle since, either.

Second, the EU will prioritize its own internal integration over its relations with third countries. This involves protecting the integrity of the internal market and the wider EU legal order, prioritizing solidarity with member states, and focusing on the EU’s interests. This can be seen, for example, in the insistence in the negotiations and discussions of the last two years on the indivisibility of the internal market’s four freedoms. More generally, the amount of time and resource allocated to a non-member – or in Brexit’s case a departing – state will be conditioned by the wider political agenda of the EU. Whereas Brexit has dominated the domestic UK political agenda, the EU’s response has been to reduce Brexit as far as possible to a technical issue so as not to be distracted from arguably more pressing concerns notably immigration and the eurozone.

These principles are well established and are reflected in the range of relationships that the EU has concluded with non-member states, particularly those in the wider Europe. They have been reinforced in the relationships established and there is little indication in the EU’s approach to date towards the terms of the UK’s withdrawal or the future relationship that the EU is willing to compromise to any significant extent, if at all, on these. The recently adopted Political Declaration setting out the framework for the future relationship between the European Union and the United Kingdom is explicit, for example, on the need of a balance of rights and obligations and the autonomy of EU decision-making.

A second observation concerns precedent and the extent to which this acts as a constraint on the potential scope and substance of the future UK–EU relationship. As the EU’s response to UK debates on options for the future has shown, existing relationships act as important pointers of what arrangements are available, particularly given the UK government’s red lines. The infamous staircase slide presented by the EU chief negotiator, Michel Barnier, demonstrates this well. 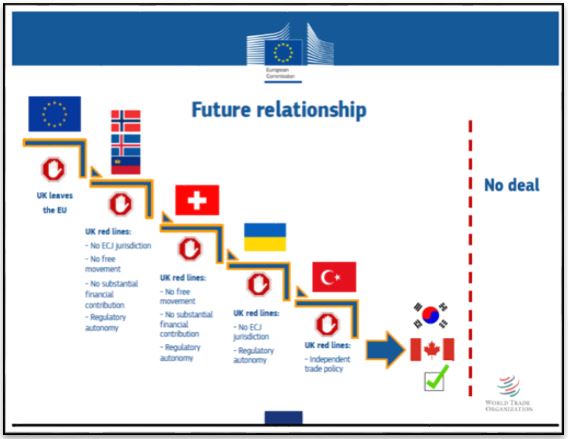 Although a range of different relationships have been developed for non-member states wishing to secure closer relations and generally ultimately join the EU, they can be grouped according to the trading relationship on which they are based – four freedoms of the internal market, a customs union, or a free trade area – and the extent of regulatory alignment they entail. Models for relationships exist, and the EU’s departure point for negotiations is generally an existing model. The scope for ‘bespokeness’ beyond adapting a model to the particular circumstances of a non-member state is politically limited, and in the context of Brexit conditioned by the fact that the UK is seeking a looser not closer relationship with the EU.

Third, the history of the UK withdrawal process is one characterised by a lack of preparedness. The professionalism and abilities of UK negotiators is not being questioned here; what is questioned is the naivety and ignorance, at times wilful, of politicians and their advisers about the complexity and scale of the processes that the EU referendum set in momentum and the determination of the EU to defend its interests in negotiations and options for the future. The UK government blindly established overly rigid red lines and then triggered Article 50 well before it had a coherent and agreed set of realistic negotiating objectives. The lack of clarity and unity has persisted throughout the withdrawal negotiations and there is no real indication that the situation is set to change. Consequently, assuming the UK leaves the EU, it runs the risk of being as equally unprepared, politically at least, and potentially technically, for negotiating its future relationship as it was for commencing and concluding withdrawal negotiations.

By contrast the EU has had clarity of purpose and demonstrated impressive unity in and control over the withdrawal process. It determined the scope and sequencing of negotiations, memorably and effectively insisting on ‘no negotiation before notification’ before structuring the negotiations such as to de-politicize them as much as possible and focus on technical issues. So, sufficient progress on the three key issues of the financial settlement, citizens’ rights and the Irish border had to be achieved before the EU was willing to negotiate the terms of a transition period and enter discussions on the political declaration on the future UK–EU relationship. Later, the EU’s insistence that the UK accept a backstop to avoid a hard border on the island of Ireland meant that negotiations dragged on much longer than anticipated.

In addition, the EU has shown itself to be well-organized and more politically astute in the negotiations. The former is understandable; the EU is effectively playing ‘at home’, defending its interests from a position of experience against a rather amateurish and poorly-organized UK ministerial team often lacking in discipline and with key ministers not sure what game they are playing or simply abandoning the team. The process has not been without its evident frustrations, mainly concerning the failure of the UK to engage substantively and in a timely manner with some key issues, notably the Irish dimension to the withdrawal process. However, these frustrations have been managed and by a relatively small team of experienced and trusted officials operating within an agreed and well-defined mandate that has enjoyed the apparently unwavering support of EU leaders.

Hence, and contrary to the UK government’s expectations and hopes, the EU has structured the withdrawal process such that the UK’s main interlocutors are not the member states, but the appointed chief negotiator, Barnier, and Task Force – TF50 – in the European Commission. May has had very few opportunities to engage with fellow EU leaders other than through pre- or post-dinner presentations to fellow members of the European Council or occasional and generally fruitless bilateral meetings. EU leaders through their guidelines and Council mandates have delegated responsibility for the negotiations to Barnier who has kept the focus on essentially technical issues and on fulfilling agreed commitments, most notably those in the Joint Report of December 2017.

The meeting of the European Council on 25 November 2018 effectively concluded the withdrawal negotiations. Whether or not the Withdrawal Agreement enters into force or the UK rejects the deal and proceeds with a ‘no deal’ Brexit on 29 March 2019 remains to be seen. Either way, very soon after that date, assuming no extension or abandonment of the Article 50 process, the UK and the EU will be embarking on a new round of negotiations on their future relationship. Before doing so, it would be wise to reflect on what lessons can be learnt from the almost two-and-a-half years since the 2016 referendum about negotiating with the EU and on how the EU approaches negotiations on relations with non-member states. Having been a member of the EU for more than 45 years, the UK should know.

Blog based on presentation at the launch of the report on Kent and Medway: DELIVERING A BREXIT  BORDER Policing, Security, Freight and Customs at the Centre for European Studies, Canterbury Christchurch University, 13 November 2018