Constitutional Futures on our Shared Island

Aligning with our European partners brought negotiating heft to the priorities of this island says Professor Colin Harvey. 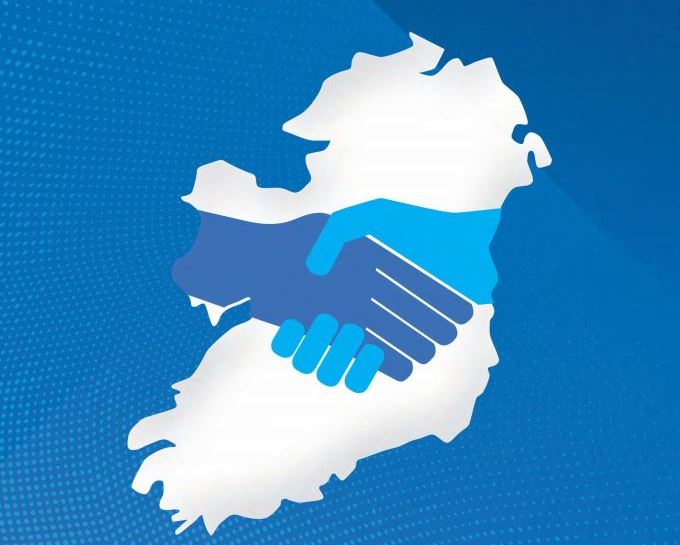 Picking up the pieces after the foolishness of our closest neighbour is nothing new. People on this island know what it is to be a political afterthought and, of course, we are not immune to folly either.

This time it was going to be different. Aligning with our European partners brought negotiating heft to the priorities of this island. Agreements were made, protective promises to limit the damage. The frustration of watching these crash against British internal constitutional and political realities was widely felt. As if Europe and the world must still genuflect before the legislative supremacy of the Westminster Parliament, as if the fractures that run through the Conservative and Unionist Party should consume us all. Who blinks or bends will be known soon. However this episode concludes, it will merely be a pause in a process that will disrupt and plague this island for decades. Brexit will cause irreparable harm, no matter what remedial measures are patched together.

Even if agreements are concluded, it would be naïve to believe that this will end the conversation. There will be persistent wrangles over interpretation and application for years. After the bitter and testing experience with the Good Friday Agreement, who on this island trusts any British government or Parliament to deliver on its promises? Honesty with people here is urgently required: Brexit will damage this region and leave a scar that will run forever through the Agreement and its implementation. There is no sensible version of it.

So, what now? There may still be time to prevent this sorry mess: a people’s vote in the UK or this island;  a future British government may find a constitutionally acceptable way not to leave or seek to re-join the EU; Scotland may secure a home there as a newly independent state; and Wales may follow too. What remains notable is that N. Ireland has an option that is guaranteed as of right, one that addresses several EU negotiating priorities, deals with some (not all) of our unique circumstances, and allows England to continue on its constitutional journey.

There is the prospect of this region returning to the EU: reunification within a common European home. Even better, this is anticipated in the Agreement. The corollary of the principle of consent is the right of the people of this island to self-determination. Prudent and responsible participants have already commenced the practical work of planning and preparation. The civic conversation has started and, as ever, governments and others will catch up, and no doubt claim ownership of it. A new phase of the political/peace process has arrived, and this island is on a path towards referendums that will give people a choice about their constitutional future.

Responses to this proposition are often instructive and odd. Why? Because whatever the outcome this island will be better off after this constitutional conversation, one that has been avoided for far too long.

There is a growing and evolving civic movement on this island that is already talking openly and responsibly about possible constitutional futures (plural and pluralist). Why not join in?