Conversations Around Death: Are We Ready to Die?

Dr Heather Conway looks at whether we’re ready for our own deaths or the deaths of those we love. 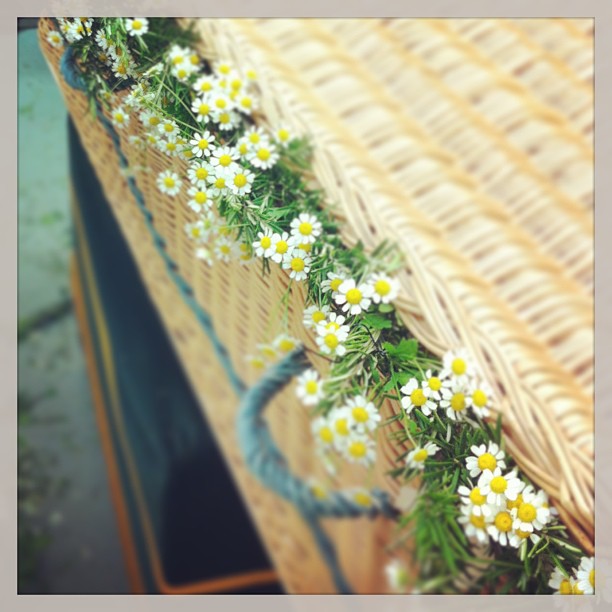 Every year in May, Dying Matters Awareness Week (13 – 19 May) gives us an opportunity to talk publicly about death and dying. This year’s theme was ‘Are We Ready?’ and challenges us to think about whether we’re ready for our own deaths or the deaths of those we love.

Research suggests that many people don’t think about the practical aspects of death and how this might affect them in the future – things like funeral planning, and end-of-life care. Should we be having these conversations in Northern Ireland, not just in private but in public as well?

I believe that we should, especially when it comes to funerals. Of course it’s important to think about what happens to our homes, savings and personal possessions when we die; but what happens to our bodily remains is just as important, and something that needs to be dealt with long before an estate is administered.  We need to think about who we might want to take charge of our funeral arrangements, and what type of funeral we might like to have.

As the law currently stands here in Northern Ireland, funeral instructions are not legally binding even if written into a will or pre-paid funeral plan; so, if someone has very strong feelings on the type of funeral they want to have, they’ll have to find some way of ensuring that their wishes are carried out. And unmarried cohabitants here might be surprised to learn that they have no automatic legal right to decide a dead partner’s funeral arrangements.

Generally, we are seeing changing funeral trends and different bodily disposal options emerging today. Two things are driving this: a greater emphasis on personal choice, and a growing debate around the environmental impact of burial and cremation.

Although cremation is more eco-friendly than traditional burial, natural or green burial grounds are a way of reducing the carbon footprint through the use of cardboard or wicker coffins, a ban on embalming fluids, and planting trees instead of traditional memorials; proposals are currently being developed for a site near Downpatrick. There are specialist companies that sell wood coffins that produce much lower gas emissions on cremation.

While cremation rates in Northern Ireland tend to be lower than elsewhere, partly because we currently have one crematorium, flame cremation may not be the only option in the future. Resomation™ or water cremation could emerge as an alternative, and uses an alkaline solution to dissolve the body’s organic matter in a more environmentally friendly way.

Personalised funerals are also becoming increasingly popular with friends and loved ones wearing particular colours or something special to that person. Funerals are becoming more individualised than they were in past – the recent funeral for journalist Lyra McKee is a good example, when mourners were asked to wear Harry Potter scarves and Marvel superhero clothing to celebrate Lyra’s life. The traditional, religious funeral where everyone wears black is no longer the standard option.

There are other signs that things are changing here. One notable trend in recent years has been the growing number of humanist funerals and memorials in Northern Ireland.  Stewart Holden, of Humanists UK and an accredited Humanist celebrant in Northern Ireland believes that these offer a personal and fitting way to say goodbye to those who have lived without religion (though a few moments of music or silence will often be set aside, to give time for reflection when those with faith may be invited to pray their own private prayers). According to Stewart:

“Our funerals bring people together to express sadness at the loss but also to celebrate the life lived. They focus sincerely and affectionately on the person who has died, paying tribute to the connections they made and left behind and the way they lived their life by use of poems, readings, silence, personal tributes and a wide selection of music, all carefully chosen to reflect their personality, interests and passions.”

Stewart also says that there have always been celebrants conducting non-religious or humanist funerals in Northern Ireland, but in recent years there has been an emphasis on training and equipping a greater number of professional and skilled celebrants to meet the increasing demand for this alternative type of funeral, as the demand has increased significantly. Funeral Directors are now more easily able to contact and secure the services of a Humanist celebrant when a non-religious or humanist funeral ceremony is requested by the family of the deceased. Individuals may also contact a celebrant directly through the Humanists UK website.

End-of-life issues in general are also being increasingly discussed in Northern Ireland. Rachel Smith, Head of Family Support Services for Cancer Focus NI and a Humanist celebrant, believes that the lack of conversation and fear around the topic of death “often leaves people at sea when someone dies or faces death, because it is seen as a taboo conversation”.

As a result, Rachel was inspired to become involved with running Belfast’s first Death Café. According to Rachel, the concept behind Death Café is to create space for people to meet, share a coffee and talk about all things related with death in an unstructured and free space. The most recent meeting in Belfast was held in the Vaults Art Studios and more than 40 people attended. If we create a space to talk about death, the subject loses its fear. Rachel concludes:

“In my full-time job I work with families living with cancer, and often the lack of communication creates more fear than naming of the fear itself. I believe that we can live more positively if we are able to discuss something that affects us all.”

The featured image has been used courtesy a Creative Commons license.

Coronavirus is changing funerals and how we deal with the dead

Five laws about the dead that may spook you