Corbynomics: It’s the politics, not the economics

Dr Andrew Baker examines the rise of 'Corbynomics' and what that may mean for UK political and economic discourse if Jeremy Corbyn is elected Labour leader. 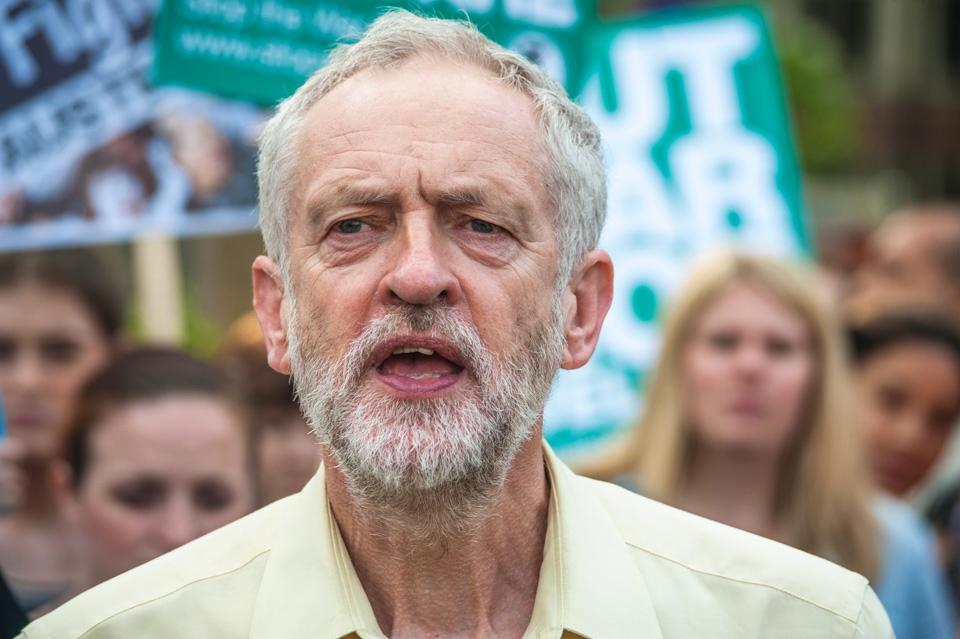 A month ago nobody had heard of Corbynomics. Today Google records 174,000 search results and it is difficult to escape the term in any form of media. If Jeremy Corbyn wins the Labour leadership election, its contents and claims will shape political debate in the UK for some time.

Corbynomics is not yet a fully-fledged and coherent programme or philosophy.  It is a loose collection of ideas about how money and the economy works and the appropriate role of government. At only 8 pages Corbyn’s document on the economy is hardly the finished article.  Rather it is the beginning of an evolving process challenging conventional thinking.

Why new thinking is needed?

Since the financial crash of 2008 there has been widespread recognition of the need for new forms of economic thinking. The overwhelming majority of economists did not see the crash coming and subsequently felt the need to write letters explaining this oversight.

In the UK, fiscal policy has been immobilised by a political deficit reduction narrative, conventional monetary stimulus is exhausted, and deficit reduction and low inflation targets have ceased to act as a reliable guide for policy. The government needs alternative policy levers. Furthermore, low productivity is holding down wages, and inadequate infrastructure in housing, transport, energy, R&D, training and digital communications is holding back productivity.

Despite this, politically, the fiscal deficit has been elevated as the primary economic problem the UK faces, suffocating debate about UK economic strategy and government policy.

Corbynomics sets out to challenge this deficit fetishism. Richard Murphy, architect of the flagship Corbyn policy of People’s Quantitative Easing (PQE), believes that the UK needs a deficit right now . This is an observation in part informed by modern monetary theory (MMT), which holds that a financial surplus in one part of the economy requires a corresponding deficit elsewhere in the system for straight forward accounting reasons. Seeking to reduce government debt, in the absence of a foreign surplus (current account surplus – the UK hasn’t had one since 1998), means an equal reduction in private sector wealth, through the retiring of wealth creating government bonds. Given that this reverses how large parts of the electorate, virtually all politicians and the media visualise the economy, it is a message Murphy thinks has limited political traction, currently. In contrast in an era in which the public has become accustomed to the Bank of England pursuing quantitative easing (QE), a people’s version of this has potential political appeal.

PQE is a proposal that the Bank of England (BoE) purchase bonds from a national investment bank, with the resulting capital then invested in large scale housing, energy, transport and digital projects. Market actors have failed to fund such projects because the prospect of short term returns has created a reluctance to take on long term risk.

Corbyn PQE builds on the MMT insight that sovereign governments don’t need to borrow their own currency in order to spend. Rather the central bank can credit private banks through fountain pen money as the BoE acknowledges  it does when engaging in conventional QE asset purchases. The BOE could do precisely this for a new public investment bank, with investment scaled up or down in accordance with the needs of the economy.

An alternative form of PQE based on helicopter money has also been suggested by economist Simon Wren Lewis and Adair Turner (former chair of the FSA) so as to provide an effective stimulus to demand. Here the central bank creates money and distributes it directly to households.

Both variations of PQE as Wren Lewis acknowledges are a form of money financed fiscal stimulus. The Wren Lewis version is a temporary monetary stimulus, when interest rates have been immobilized.  Both he and the LSE growth commission also acknowledge there is a compelling macroeconomic case for creating a UK public investment bank to invest in infrastructure and encourage private sector investment. The Wren Lewis view and that of others is that this can be financed by conventional government borrowing when interest rates are low. In other words, Wren Lewis and the Corbyn PQE, share a diagnosis of the UK economy and the general remedies required, but differ on the details of precise instruments and their execution. They are nevertheless a lot closer to one another on the orientation of policy, than they are to the current UK political consensus.

Corbynomics has promoted PQE in part because it is neat political packaging. It is ironic therefore that, while its economic problems have been overstated, its real difficulties remain political. Objections to it, even by economists, are primarily political and sociological in nature. Both Wren Lewis (Oxford) and John Van Reenan of the LSE, unlike populist commentary do not condemn it on grounds of inflationary risk.

They acknowledge the usefulness of alternative forms of QE, and adopt the sensible position that inflationary risks depend on the broader macroeconomic outlook including productivity, output and employment levels at any given time. Moreover, PQE would only be undertaken at times of very low or zero inflation and high unemployment, and could be tapered as the economy and employment expanded. Rather both object to Corbyn PQE because of its institutional implications for central bank independence (CBI).

The true extent of Bank of England independence in recent times however, is very questionable. And if inflation targeting has been redundant as a true guide for monetary policy, for nearly a decade, maybe the terms of central bank independence should be the subject of public debate again?  Unfortunately, even the economist fraternity who are sympathetic to the kind of debates, Corbyn wants to provoke, about growth, inclusion, infrastructure and the role of the state, regard CBI as a sacred cow. The BoE establishment too is unlikely to be passive if it perceives a challenge.

Most significantly, Corbyn’s political label as an extreme far left candidate is preventing a mutually beneficial dialogue with broadly compatible intellectual voices. Wren Lewis and his associates should recognise that if they want their undoubtedly many good ideas to receive political take up, Corbyn is probably their best bet. For their part, the Corbyn team could go beyond PQE and MMT, broaden their policy base and further grow their political appeal through such an engagement. In this respect, Corbyn’s biggest problem is not his economics. It is the politics of image and association.

The featured image in this article has been used through a Creative Commons licence.

Hi there all, here every one is sharing these kinds of knowledge, therefore it’s good to read
this webpage, and I used to visit this weblog all the time.