Domestic Abuse as Torture? Recent Jurisprudence of the European Court of Human Rights

The way in which domestic abuse has been conceptualised in the European Court of Human Right's judgments has varied and evolved says Dr Ronagh McQuigg. 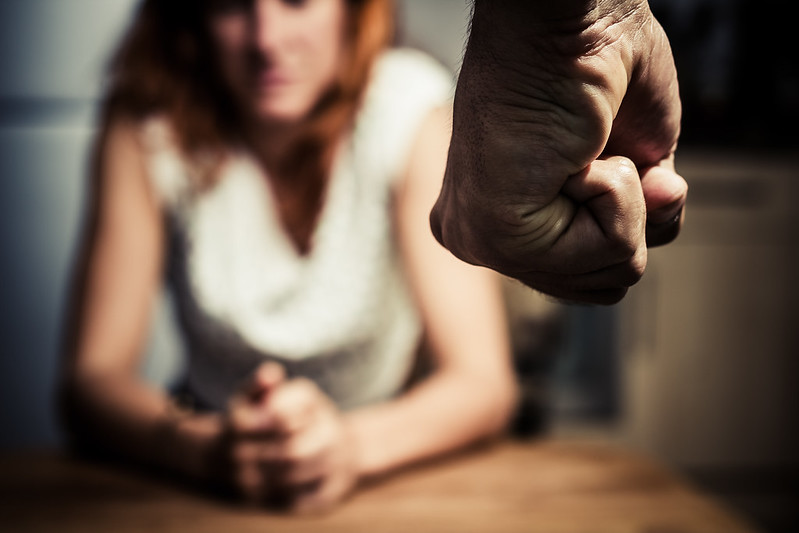 With its judgment of 14 December 2021 in Tunikova and Others v Russia, the European Court of Human Rights has again added to its ever-expanding jurisprudence on the issue of domestic abuse.  Since its judgment in Kontrova v Slovakia in 2007, the Court has made it clear that domestic abuse can constitute a violation of the European Convention on Human Rights.  However the way in which domestic abuse has been conceptualised in the Court’s judgments has varied and evolved, namely in terms of which articles of the Convention have been held to have been violated in such cases. The recent judgment in Tunikova again raises issues regarding the conceptualisation of domestic abuse by the Court. In particular, the question has arisen of whether domestic abuse should be conceptualised as constituting torture under article 3 of the Convention.

Tunikova and Others v Russia

In Tunikova, the applicants had sustained bodily injuries, including one case of severe mutilation, at the hands of their former partners or husbands; as well as receiving death threats. The European Court of Human Rights held that there had been a violation of article 3, the right to be free from torture and inhuman or degrading treatment, and found that the state had failed to establish a legal framework to combat domestic abuse effectively; had not assessed the risks of recurrent violence; and had not carried out an effective investigation into the domestic abuse. The Court also held that there had been a violation of the prohibition of discrimination contained in article 14 of the Convention, on the basis that women in the state were in a situation of de facto discrimination in relation to protection from the risk of domestic abuse.

Three of the four applicants argued that they had been subjected to particularly extreme forms of domestic abuse which caused them very serious and cruel suffering that amounted to ‘torture’ rather than to ‘inhuman or degrading treatment’. In their view, recognising severe instances of domestic abuse as constituting ‘torture’ would emphasise the gravity of the abuse in the eyes of the public and also the authorities tasked with monitoring and responding to abuse.  The applicants argued that such a recognition would also empower victims, and discourage or even deter perpetrators.  In response however, the Court stated that,

‘the additional characterisation, although important for the applicants and capable of influencing the public perception of domestic violence, is not necessary in the circumstances of the present case, in which there is no doubt that the treatment inflicted on the applicants attained the necessary threshold of severity to fall within the scope of Article 3 of the Convention’.

Tunikova constitutes a valuable addition to the jurisprudence of the Court on domestic abuse.  It is a strong judgment which reinforces the positive obligations which states have to protect victims of this form of abuse.  However, it raises the question as to whether the Court should have gone further and taken the additional step of conceptualising domestic abuse as torture.

This is not the first time that this question has been raised for the Court.  In a 2019 case involving domestic abuse, Volodina v Russia, in which a violation of article 3 had been found, a separate opinion was issued by Judge Pinto De Albuquerque.  In this opinion, the Judge expressed his view that, although a violation of article 3 was found in the case, it should have been specifically held that the ill-treatment suffered by the applicant went beyond inhuman and degrading treatment and reached the threshold for torture.  In Ireland v United Kingdom, the Court stated that torture consists of ‘deliberate inhuman treatment causing very serious and cruel suffering.’  In the Judge’s view, this threshold was met in Volodina.  As the Judge stated, the applicant,

‘was subjected to multiple and persistent instances of extreme domestic violence, including a punch to her stomach, which in fact led to medical advice that she should induce the abortion of her unborn baby.  She was further psychologically taunted through the publication of private photographs, the finding of what was believed to be a GPS tracker inside her purse, threats to kill her – which (the perpetrator) attempted to substantiate by damaging her car – and abduction from her city of residence.’

In support of his view, Judge Pinto De Albuqerque cited General Comment 2 of the UN Committee against Torture, which asserts that a state’s systematic acquiescence to privately inflicted harm raises concerns under the UN Convention against Torture and other Cruel, Inhuman or Degrading Treatment or Punishment.  It does seem that the argument of Judge Pinto De Albuquerque has much to commend it.  As the Judge asserted, ‘When severe forms of pain and suffering are deliberately inflicted on a person, this must be identified as torture’, and ‘If the State faces condemnation for allowing its women to be submitted to torture, the positive obligation to protect is even more stringent.’

Issues have arisen concerning previous case law of the European Court of Human Rights in terms of how domestic abuse is conceptualised by the Court.  Up until 2013 the approach taken by the Court as regards on which articles of the Convention it based its findings of violations in domestic abuse cases was somewhat incoherent, particularly in terms of the use of article 3 and article 8 (the right to respect for private and family life). In certain cases such as Opuz v Turkey and E.S. and Others v Slovakia, the Court found violations of article 3.  However in other cases such as Bevacqua and S v Bulgaria and Kalucza v Hungary, the Court found breaches of article 8 and then stated that it was thus unnecessary to examine the cases under article 3 also.  Far from the question arising of under which limb of article 3 domestic abuse should be categorised, the Court seemed to take the view in its early jurisprudence on this issue that if it decided that a violation of the Convention should be found, it did not matter to any great extent on which specific article this finding was held to be based.

However, difficulties emerged relatively quickly.  In the 2013 case of Valiuliene v Lithuania, the state argued that the ill-treatment to which the applicant, a victim of domestic abuse, had been subjected had not been sufficiently severe to fall within the ambit of article 3.  As the applicant had sustained minor bodily harm which had not resulted in short or long-term health problems, according to the state ‘it could be said that the injuries sustained by the applicant had been of a merely trivial nature’.

The state did however acknowledge that ‘it was regrettable that the case had not been fully and efficiently investigated and the perpetrator of the alleged crime had not been convicted’, and therefore presented the Court with a unilateral declaration acknowledging a breach of article 8.  The Court refused to accept this declaration, found a violation of article 3 and stated that it was not necessary to examine the complaint under article 8, as a breach of article 3 had already been found.

There seems to be nothing to distinguish the violence suffered by the applicant in Valiuliene as regards level of intensity or severity of injuries sustained from that experienced by the applicants in other cases involving domestic abuse in which the Court had found violations of article 8 and omitted to consider article 3. There was no explanation for this difference in approach in the judgment in Valiuliene, however if the Court had accepted the state’s unilateral declaration of a violation of article 8 it would in essence have been accepting that there had been no violation of article 3 in this case, and it appears that such an outcome was not desired by the Court. It seems that the case of Valiuliene served to highlight to the Court that the important issue in domestic abuse cases is not only whether a violation of the Convention should be found, but also on which provision such a finding should be based.  Indeed this case marked a change in the Court’s approach and henceforth article 3 was used much more extensively in cases involving domestic abuse.

Looking to the Future

The issues which arose in Tunikova and Volodina regarding whether domestic abuse should be recognised as torture, as opposed to inhuman or degrading treatment, is illustrative of the evolution of the case law of the European Court of Human Rights.  It is now beyond doubt that cases of domestic abuse will usually fall within the scope of article 3; rather the question has become whether domestic abuse should be expressly held to come within the ‘torture’ limb of this provision. It is certainly arguable that this would be a very welcome development, as it would make a strong statement concerning the seriousness of this issue. As the Court itself recognised in Tunikova, such a development would be ‘capable of influencing the public perception of domestic violence’.

It is notable that in certain cases, such as Ireland v United Kingdom, a state has attempted (albeit unsuccessfully) to admit to inhuman and degrading treatment in the hope that the Court will not then consider whether the ill-treatment in question actually reached the threshold of constituting torture. It is possible that a state could attempt to make such an argument in a case involving domestic abuse, thus prompting the Court to make a definitive ruling on this issue, much in the same way that the state’s unilateral declaration in Valiuliene prompted a change in approach as regards the use of article 3 in domestic abuse cases. Both Tunikova and Volodina serve to illustrate the way in which the Court’s jurisprudence on domestic abuse has evolved, from a reliance primarily on article 8 to a situation whereby the use of article 3 is commonplace and the debate has become whether domestic abuse should be expressly conceptualised by the Court as torture.

Such a finding may constitute the next development in the Court’s case law on this issue.