Whither the UK’s future with the EU

Following the lack of sufficient progress in the Brexit negotiations announced at the recent European Council meeting, Professor Lee McGowan asks is it time for Britain to seriously question its position? 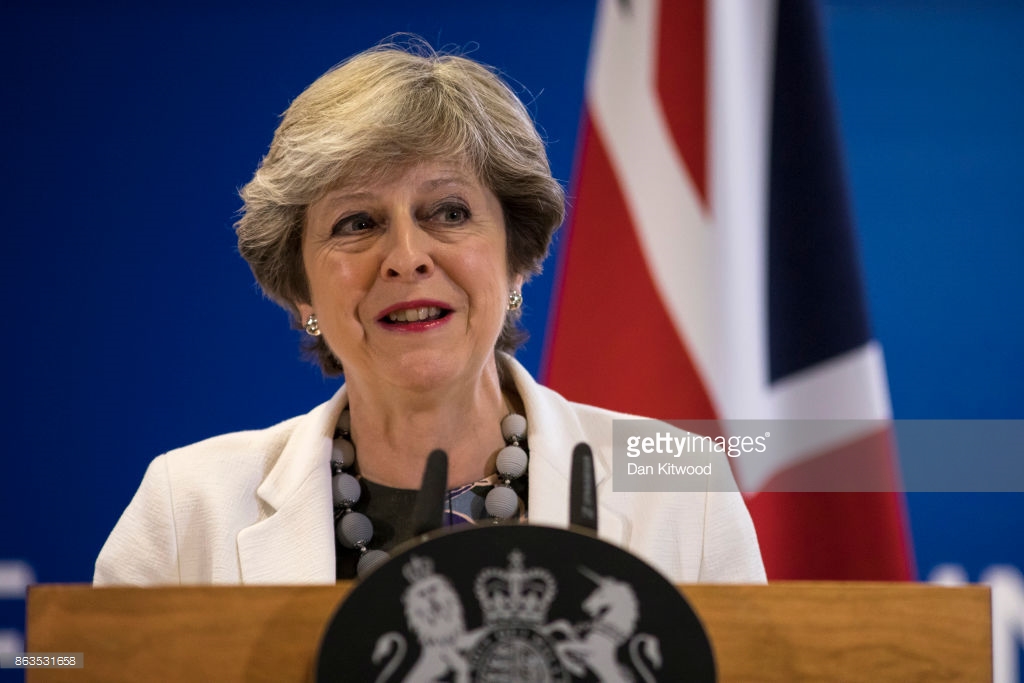 The fifth round of EU/UK first stage talks ended with the European Commission maintaining once again that insufficient progress had been made by the UK to take the negotiations to the next level. The European Council agreed that the EU27 should start the process of discussing the future EU/UK relationship ahead of probably commencing negotiations with the UK in December.

With five leading economic business associations demanding greater clarity about the UK’s position, a former mayor of New York (Michael Bloomberg) describing Brexit ‘as the stupidest thing a country has ever done’ and amidst growing debate about a no deal scenario (and leaving aside the leak to the German press on Merkel’s mood, is it time to seriously question the British position?

May states that progress was made at the European Council, but is she correct? She remains in power, but at the head of a much divided Conservative Party on the issue of Europe. There is, for the moment, no immediate rival and for some in the cabinet, there are growing concerns that any new leader will come from a new generation of MPs in their 30s and 40s. May’s position is also being attacked relentlessly by the Labour Party, though how it would act in power, remains contested.

Does the UK’s stance reveal a government that is playing hard-ball and expects the EU27 to accommodate London’s expectations, or is the UK truly struggling itself to secure internal agreement and a way to prevent as little change to the current status quo?

The UK’s position, as stated by Theresa May in Florence, is to honour its financial obligations. This statement has aided the mood of the ongoing negotiations and it is reported that considerable progress has been made on citizens’ rights, but the Prime Minister faces an internal difficulty over the actual size of the divorce payment. May has allegedly conceded to her peers that she is willing to go beyond the €20 billion referred to in her Florence speech, but Emmanuel Macron is aiming for a figure at least double that and more.

For many Eurosceptics (as was always to be expected) the blame for the lack of sufficient progress must be placed on the EU’s shoulders and its determination to punish the UK. There may be an element of truth to this in some quarters, but the picture is much more nuanced than this.

The reality is that the difficulties being encountered stem from the readiness of these same Eurosceptics to concede at any point during the referendum campaign that there were serious issues to be addressed. Simply reiterating time and time again the glorious future for the UK after its departure from the EU was not just reckless as it casts real issues about the responsibility of elected politicians to lead, to put forward carefully developed ideas and to refrain from engaging in populist rhetoric for short-term political gain.

Has the time come to reassess where we actually are in the process of negotiating the UK’s planned withdrawal from the EU?

This article was conceived during a visit by a group of some of the UK’s leading researchers on the process of European legal and political integration to the EU’s archives in the Villa Salviati in Florence in October 2017. The seminar was designed to mark 50 years of the founding of the University Association for Contemporary European Studies, to consider how it approached the EEC prior to UK membership in 1973 and to contemplate how to continue to teach and research the EU after the UK’s departure.

The archive was a treasure trove of key documents, letters, press clippings and photographs of the UK’s involvement with the EU, before the UK’s membership and during its time as a member. It is tempting to ask the question how did we get to 2017 and the road to the UK’s pending exit?

It might be argued that the government had no other alternative. The public had voted to leave, albeit by a rather indecisive margin. It might be argued that the referendum itself was advisory. We might want to argue that just 35% of the population were won over to leave against 33% for remain. We might want to argue over the degree that the vote divided the four constituent parts of the UK. We might also want to argue that there is growing anecdotal evidence that a significant number who voted to leave were motivated by a range of other non-EU related factors.

We might want to criticise the campaign from the ‘leave’ and ‘remain’ camps’ and we might wish to lambast David Cameron for his inability to control his Eurosceptic backbenchers.

We could do all of these, but that time is past and these issues will form future materials for the Florence archive. We need to have a serious debate about where we are today in the second half of October 2017 vis-a-vis the UK’s negotiations with the EU. Time is pressing as the clock ticks relentlessly down to March 2019.

The UK government is responding to the decision of the UK public to leave the EU in the referendum held on the 23rd June 2016. This is arguably the most substantial decision taken by the UK since 1973. Sixteen months on from the referendum, seven months on from triggering Article 50 and five months on from launching the formal negotiations, it is becoming ever clearer that the realities of exiting the EU are far more difficult and much more  complex than even most EU aficionados had realised.

At the end of the fifth stage, there is still no agreement on the Irish border, the divorce bill and citizens’ rights, although progress has been made with this last category. With the European Parliament, the Commission and now the Council determining insufficient progress, is it not time to undertake a little self-reflection?

The politicking and the choreography is part of the complexities of the withdrawal process. This has involved repeated talks in recent weeks of a ‘no deal’ being a real possibility, especially from Eurosceptic MPs. From Theresa May’s perspective, it has been imperative to keep her backbenchers content but this has been difficult as they hold varying degrees of antipathy towards the UK’s membership of the EU and are divided on issues such as transitional arrangements and the divorce bill. Has the time come for the Prime Minister to call their bluff and go on the counter offensive.

What has May got to lose? It is already clear that her time as Prime Minister is limited and while political commentators try to forecast her demise before Christmas 2017 (a minority) and others before the next party conference in October 2018,  all agree that May will not lead the party into the next election. So what is her legacy to be?

The views and the reaction of the devolved administrations whose legal consent may not be needed, but whose political voice surely is, are going to be crucial and problematic. The progress of the EU Withdrawal bill is going to be torturous as it works its way through parliament. Already delayed and facing numerous amendments in the House of Commons (even before it gets to the House of Lords), this bill will be truly time consuming and will dominate proceedings in parliament over the next year. There is also a real danger that the European Parliament could thwart any agreement agreed between the UK and the EU.

During the 2017 General Election campaign, Theresa May declared that she had the “balls” to follow through with her course of action. Does she believe in the UK’s withdrawal and if not, will she declare that the UK might be on the wrong trajectory and it is time to reconsider the way ahead?

This does not necessarily mean holding a new referendum. What it means is a serious stock check. If the government can provide proof that its policy will bring greater rewards to the UK then it should make this case with conviction.

The problem is that the cabinet is divided about what leaving looks like. Any wriggle room about being in or outside the single market, about how far the UK can or should expect to escape the jurisdiction of the Court of Justice and about much should be paid to settle the ‘divorce bill’. These are all contested within the government.

Theresa May’s decision to call an unnecessary election has weakened her power in London, but ultimately undermined her position among the EU27. The manoeuvrings of both the Labour Party and the Liberal Democrats and their heavy criticism of the government’s stance, further weaken May’s position.

The sad thing about the entire post-referendum phase of British politics is that many voters who opted for Brexit were disillusioned with modern politics and increasingly felt left behind in terms of housing, employment and personal futures. There were real concerns about the legitimacy of the EU but even less understanding of what the EU was.

These are issues for the government to address but the irony here is that the government will be too preoccupied with all things EU withdrawal-related that it will have to focus its energies on withdrawal while making noises about the need to develop meaningful policies on house building, employment etc. The government has to address the issue with the poor state of manufacturing in the Midlands and the north of England. It needs to invest more in skills and it needs to confront the concerns of Northern Ireland, Scotland and Wales.

An already angry electorate might feel even more agrieved if the government cannot deliver on Brexit expectations and where can they turn?

If one were to regard the brexit decision as a Symptom of a broader malaise within the current model of the European union, in particular, the conflict between the growth of nationalism, particularly in the newer Eastern bloc, and the push for greater central governance of the bloc from brussels (driven primarly by the needs of operating a common currency) might it lead towards a more constructive debate and a modified model for essential cooperation in the face of so many external threats.