KESS Seminar – Dealing with the past – key themes 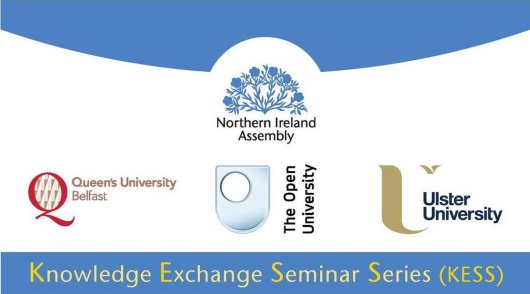 This presentation presents the preliminary findings of an Arts and Humanities Research Council funded project entitled ‘Voice, Agency and Blame: Victimhood and the Imagined Community in Northern Ireland’. The project is based on qualitative interviews over 2016/17, with over 70 victims and survivors, lawyers, NGO activists, journalists and others. Asking questions concerning the three themes of voice, agency and blame, this project was designed to critically explore the construction and meaning of victimhood in post-conflict Northern Ireland. Drawing on the research findings and focusing on the five overlapping themes of (1) Victimhood, Innocence and Blame; (2) Victimhood, Agency and Imagining Legitimacy; (3) Victimhood, Agency and the Mobilization of Empathy; (4) Victimhood, Voice and Discomfort; and (5) Victimhood, Voice and (Political) Responsibility, this presentation discusses how competing interpretations of victimhood have mapped onto and influenced discussions on how best to deal with the legacy of the past.

2.05pm – Dr Lauren Dempster (QUB) – The ‘Disappeared,’ the ICLVR, and ‘dealing with the past’ in Northern Ireland

2014’s Stormont House Agreement (SHA) states that the Independent Commission on Information Retrieval (ICIR) will build ‘on the precedent provided by the Independent Commission on the Location of Victims’ Remains’. This presentation explores how the Independent Commission for the Location of Victim Remains (ICLVR) mechanism works and why it provides a useful precedent for the development of the ICIR.  It is based on findings from research which explored the response to the ‘disappearances’ that occurred during the conflict in Northern Ireland through a transitional justice lens. The presentation sets out finding that show the ICLVR has been relatively successful, and considers why this is the case. It also considers that, while the mechanism that facilitates information recovery is in itself instructive, further lessons can be learned from the response to the ‘disappearances’ and the ICLVR process for dealing with the past in Northern Ireland.

2.25pm – Prof Kieran McEvoy and Dr Anna Bryson (QUB) – Apologies, Abuses and Dealing with the past

Within the academic literature, the concept of apology is diversely theorised and almost always focused on the state.  Despite widespread acceptance that apologies are key to dealing with past wrongs, in practice there has been relatively little detailed empirical assessment of the views of apologisers, victims or the general public. By exploring the perspectives of perpetrators, victims and the wider community, this presentation seeks to provide a roadmap for a more comprehensive and rigorous analysis of the role of apologies in dealing with the past.  Taking the island of Ireland, as a case-study, it examines the relationship between apologies, abuses and dealing with the past in the context of harms associated with paramilitary violence, institutional child abuses and the recent economic crisis. Deliberation and debate on apologies by government, civil society and other actors. The presentation could help inform in various contexts, such as the Northern Ireland political conflict negotiations, child abuse by religious authorities inquiries and Irish banking crisis inquiries.