When it comes to experts on TV, women are still neither seen nor heard

Julia Paul challenges the media's typical perception of what constitutes an "expert" and asks why is there still an underrepresentation of female experts in the media. 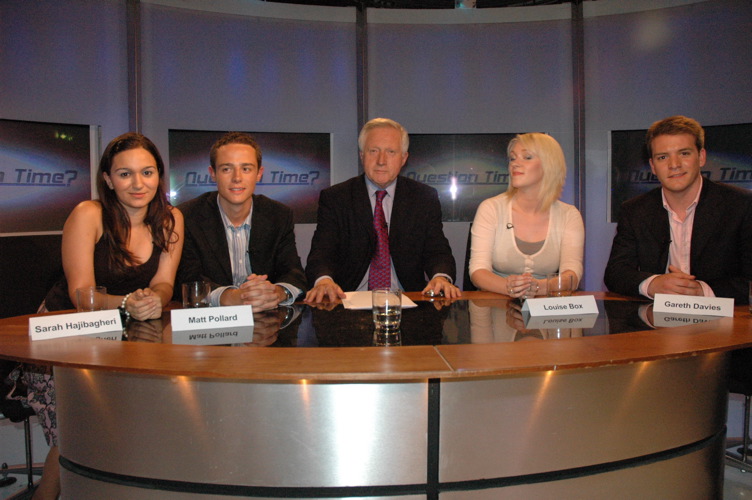 What does an “expert” look like? If you took the example of news media, it would invariably be a man; usually – in Britain anyway – a white, middle-aged man.

Women make up roughly half of the world’s population and have also increased their representation in public life over the past ten years. And yet when journalists reporting for television, radio or newspapers turn to an expert, it tends to be male. But while you may have started to notice that every panel on TV has three men to every woman, you might not realise just quite how extensive this imbalance is.

Since 1995, the Global Media Monitoring Project has carried out research into gender and the media. Every five years, volunteers around the world record a snapshot of the gender representations in news stories over one day. The methodology of the survey has been updated and improved with each survey – and 114 countries participated in the last one. Sadly, the results have changed comparatively little. According to the Who Makes the News report, compiled from the findings in 2015, in newspaper, television and radio news women accounted for just 24% of the people heard, read about or seen. That figure hasn’t changed since 2010. In addition, only 10% of all stories focused on women, a figure unchanged since 2000.

You might assume those numbers are skewed by countries where women play less of a role in society. However Lis Howells of City University in London has analysed the numbers of female contributors on the UK’s flagship broadcast news programmes – including ITV News at Ten, Channel Four News and the Today programme on BBC radio 4. Her research has shown that male contributors still outnumber women by three to one – and that’s an improvement from six to one in 2011 thanks in part to a campaign by Broadcast Magazine.

But there is an additional problem. When women do appear in broadcast news, according to journalism academics Karen Ross, Karen Boyle, Cynthia Carter and Debbie Ging, they invariably fall into several stereotypical categories. Increasingly they tend to be interviewed about their personal experience – often as victims of crime, or as parents or as consumers. They also appear far more often than men in health stories. Where they tend to appear far less is as authoritative or elite sources in political or economic stories.

The Fawcett Society highlights that the press also tends to mention what women are wearing. This is also true of the coverage of sportswomen. Meanwhile, the images of women we are given in many newspapers are generally sexualised and stereotyped. It’s an issue the campaign group Object highlighted to the Leveson Inquiry into press standards. Anna Van Heeswijk, the CEO of Object, told the inquiry that in many cases there was “no marked difference” between pornography and some of the pictures in the UK tabloids.

As a political journalist for the BBC Northern Ireland programme Hearts and Minds for around a decade, I spent a lot of time trying to find female contributors – but if women simply didn’t want to take part, it then seemed acceptable to fall back on the male experts who were generally available and spoke well. As a listener to the media I used to produce, a lot of the time I still hear the same men on air that I was interviewing five years ago.

It’s easy to understand why women can be reluctant to be interviewed for broadcast. When a woman gives her opinion in public there’s always the chance she is opening herself up to abuse. The renowned professor of classics, Mary Beard, suffered intense online trolling after appearing on television. And when the Guardian analysed 70m online comments on its articles, it found that of the ten people who received the most abuse, eight were women.

In addition to that, women tend to find it harder than men to ignore “imposter syndrome” – where they feel as if they are not qualified to talk about a given subject, even if they are experts. And while there have been campaigns by broadcasters to offer media training to women, unless these potential new contributors are flagged up to journalists, they are unlikely to be used.

The issue of women in news and current affairs broadcasting was the subject of an inquiry by the House of Lords Communications Committee in 2015. Its report called on public service broadcasters “to reflect society by setting the standard in ensuring gender balance”. Similarly, the National Union of Journalists highlighted the low numbers of female senior managers in news organisations – and the Lords committee report backed the union’s recommendation that this be addressed through positive action in recruitment and promotions.

In 2014, Danny Cohen, then the BBC’s director of television, told The Observer that the BBC would no longer broadcast all-male panel shows. This seems like a step forward, but there is a danger of that smacking of tokenism – as Buzzfeed has shown.

Despite refusing to join Broadcast Magazine’s campaign (the BBC explained as a public broadcaster its “primary role is to ensure the people who appear on our programmes are qualified to tackle the issues we explore”), the corporation launched an “Expert Women” training course in 2014.

A number of organisations have begun to compile their own lists of female experts – in an attempt to counter the argument that women speakers are not out there. In the Republic of Ireland the group Women On Air has increased the number of women appearing on the national broadcaster RTE through their creation of The List. The Women’s Room – which campaigns on the issue – has a database of female experts.

But this is not a problem that women should have to solve. Many are now challenging and mocking gender inequality when they see it. The Twitter account Academic Manel Watch (@manelwatchire) was set up to object to the use of all-male panels in Irish academia. It follows on from the successful AllMalePanels blog with its distinctive “Hoffsome” stamp. And that’s a badge of honour that no organisation should want to be awarded.

Julia Paul is a lecturer in the practice of broadcasting in the School of Arts, English and Languages at Queen’s University Belfast. Julia has been a journalist for more than 20 years. Before joining Queen’s, she reported for the BBC, most recently covering politics in Northern Ireland. Her PhD research focuses on how that work helped explain Northern Ireland’s transition from conflict to a devolved administration.

Guidelines for Media on Interviewing Victims and Survivors