Step up the food fraud fight

Food fraud globally is on the rise and getting more and more organised says Professor Chris Elliott. 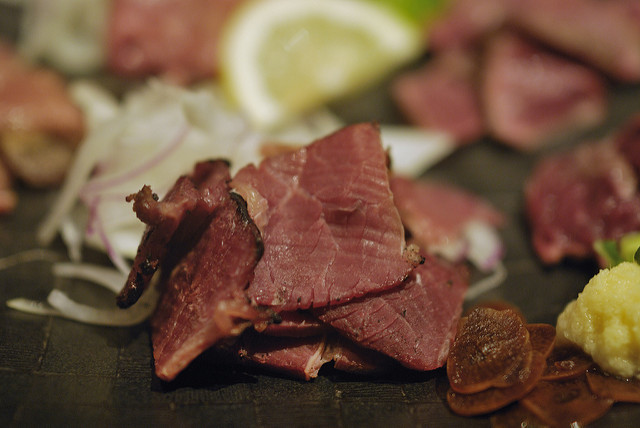 I generally spend the first week of July in South East Asia discussing food security in the region. This year I spent the week discussing rice. Complex issues around climate change, pest control, and arsenic and cadmium contamination were high on the agenda, but nothing compared to food fraud.

I had planned to write about this, or the statements from Michael Gove about food and farming, or the comments from Liam Fox about a trade deal with the US and food safety.

However I couldn’t let the latest horsemeat scandal go without a mention. There were multiple arrests in Spain relating to what the police called an international organised gang. Many actors seem to be involved, from farmers and vets to processors and distributors. While details are still scarce, it seems the fraud was not passing off horsemeat for beef – rather passing off horsemeat that was not fit for human consumption as high quality horsemeat. Some parts of Europe enjoy a good chew on a horse steak.

The ‘ring master’ was described as a Dutchman who was implicated in the 2013 horsemeat scandal. I can’t name him (in case The Grocer or, more importantly, I get sued) but I’ve a jolly good idea who this is. What’s reassuring is that Europol have followed this Mr Big and conducted a thorough investigation leading to the multiple arrests.

Again, as far as I am aware, the UK was not a destination for any of the suspect meat, but UK authorities played some role in the investigation. The police reckon over £20m had been made in a very short space of time; and organised criminals were involved as they understand there are huge profits to be made from food crime.

Food fraud (in my opinion) globally is on the rise and getting more and more organised. The potential for more scandals has not diminished and the efforts of the industry to thwart such attacks need to be increased.

While I acknowledge these are touchy times economically for the UK, the lack of funding for the National Food Crime Unit is a scandal and may well contribute to the next major food fraud challenge.

Article originally appeared in The Grocer.

The US Election and Foreign Policy: Implications for Northern Ireland, the UK, Ireland, and the EU

Building Back Better: A Future for Geothermal Energy in Northern Ireland Conference