With the threatened closure of Harland and Wolff, Pete Hodson calls for urgent political intervention before key skills and capacity are irretrievably lost. 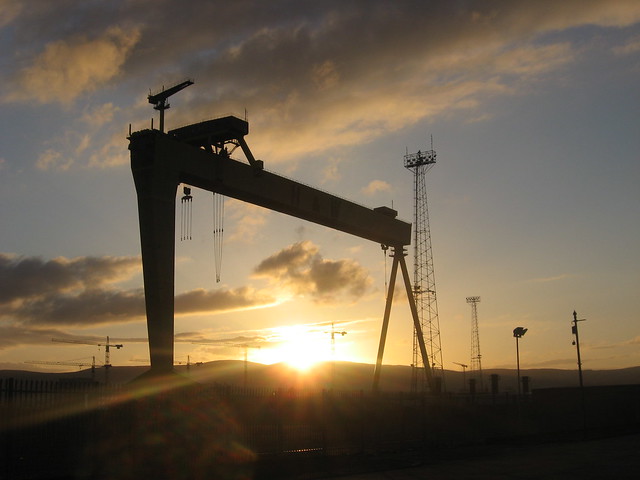 Shipyard workers in Belfast are fighting to keep crisis-hit Harland & Wolff in business. They have called on new prime minister Boris Johnson to re-nationalise the H&W yard and allow the company to compete for further work. But administrators are circling, there’s no buyer in place and the firm’s Norwegian parent company has serious cash flow issues.

Urgent political intervention is needed to secure H&W – and other strategic UK industrial assets – before key skills and capacity are irretrievably lost.

The yard’s history is almost as troubled as Northern Ireland’s itself. During the conflict in Northern Ireland (from 1968 to 1998), the company was largely insulated from the drastic cost-cutting policies applied to other nationalised industries. Subsidising H&W rested on the assumption that inflicting unemployment on working-class Protestants (who monopolised shipyard jobs) would aggravate an already unstable political situation.

H&W assumed symbolic importance as a sign of Westminster’s commitment to the Union of Great Britain and Northern Ireland. Other points in the company’s history, most recently in 2000-01, have been punctuated by painful mass redundancies and serious closure threats. Yet H&W has battled on, seemingly against the odds, and has maintained a significant economic presence in Belfast.

Although shipbuilding at H&W ended in 2003, the yard remained active as a structural engineering firm catering to the offshore energy sector. Fred Olsen, the Norwegian businessman who bought H&W in 1989, listed the business for sale in December 2018, sparking renewed fears about its future and a plunder of industrial land by property developers.

The yard’s ability to build an entire new ship is doubtful. But H&W could play an important role in building sections of new ships, with final assembly taking place elsewhere. This technique was used in the construction of the Royal Navy’s new aircraft carriers, HMS Queen Elizabeth and HMS Prince of Wales, and H&W had expected a share in future construction work.

The cost of these aircraft carriers, however, has led to the Ministry of Defence postponing its decision to order any more warships. This delay has already caused the closure of Devon’s Appledore shipyard in March 2019 and further prevarication means Britain’s ability to build for its own navy is at risk.

Pete Hodson is a postgraduate research student in the School of History, Anthropology, Philosophy and Politics. His thesis is titled 'Memory, conflict and class: the experience and legacy of deindustrialisation in Belfast and North East England since 1970'. The thesis adopts a comparative approach to examine the consequences of ‘managed’ and ‘catastrophic’ deindustrialisation.