How important were British intelligence operations in the IRA’s decision to end its campaign?

Guest contributor Dr Thomas Leahy from Cardiff University takes a look at his new book which argues that the intelligence war did not force the IRA into the peace process. 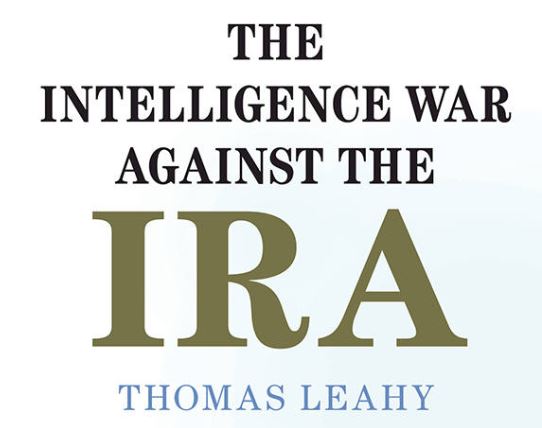 In 2008, Roy McShane, a driver for Sinn Féin leaders, left Northern Ireland after being accused of informing. Alongside other political and military factors, these revelations convinced various authors that British intelligence helped force the IRA into peace.

An increasing range of interview, archival, memoir and other materials shows British intelligence achieving some successes against the IRA. But there were also intelligence gaps and the IRA persisted with its politically disruptive campaign into the 1990s.

My book – The Intelligence War Against the IRA – suggests the IRA were not pushed into peace by British intelligence for three reasons. First, the Belfast and Derry IRA cells enabled the IRA to uncover some agents and informers. Second, the tight-knit and semi-autonomous nature of rural republican units helped prevent significant infiltration. The third reason is the IRA leadership was elusive and challenging to infiltrate.

Evidence emerging from British archives and accounts by intermediaries updates our understanding of IRA leadership objectives after 1975. After the IRA ceasefire collapsed in 1975, their objectives altered. One aim was to persist with the IRA’s campaign. The other aim from 1981 was to gain as much electoral support as possible for Sinn Féin and republican leaders hoped to force the British government to return to talks. Whilst not gaining as much Irish nationalist support for Sinn Féin as hoped, republican leaders did get back into peace talks by the 1990s. In contrast, between 1975 and 1990, the British government aimed for an ‘acceptable’ level of IRA activity. The British government sought to contain the IRA campaign to a level where republican activities did not prevent normal political and socio-economic life emerging in Northern Ireland. This strategy had to alter by the 1990s to allow peace to emerge.

In Belfast, various republicans and British sources claim Stakeknife, alongside other intelligence operations, had a significant impact. Estimates suggest the intelligence services prevented eight out of every ten Belfast IRA attacks by the 1990s.

Despite some setbacks, the Belfast IRA campaign persisted into the 1990s. In the years 1991, 1992 and 1993, various IRA bombs in Belfast city caused considerable financial damage to buildings. These examples suggest neither Stakeknife nor other agents accessed all Belfast IRA plans.

The creation of four to eight person Belfast IRA cells from the mid-1970s also assisted the organization. The Belfast IRA discovered some suspected agents and informers through a process of elimination in the small cells. Examples include self-confessed British agent Martin McGartland. The Belfast IRA accused him of leaking information in 1991  as McGartland had consistently disrupted his cell’s activities.

Various British security personnel and republicans say alternative factors to the intelligence war explain the reduction in intensity of the Belfast and Derry city IRA campaigns from the 1980s. The IRA risked harming Sinn Féin’s vote if civilians were consistently killed via bombings in compact cities.

After shooting another British soldier in February 1997, some South Armagh IRA suspects were arrested following surveillance. Nonetheless, the IRA leadership had already commenced peace talks officially from August 1994. The South Armagh arrests were not a crucial factor influencing IRA leaders to seek a political settlement. Previous arrests of some South Armagh republicans in 1994 had also not prevented the IRA renewing its campaign.

Former British and Irish security personnel agree the South Armagh IRA were ‘extremely professional’ and ‘risk averse’. The unit carried out detailed intelligence before operations. Arrests and subsequent opportunities to recruit informers were minimal. British security personnel emphasised the limited intelligence they gathered from civilians living in predominately nationalist south Armagh, partly due to fear. But they also said the South Armagh IRA received a significant minority of support for other reasons. Some indiscriminate (even if from a security perspective necessary) local security operations created animosity. Border checkpoints disrupted local family, economic and cultural life  and the watchtowers were also unpopular and seen as oppressive by various local residents.

Elsewhere, the East Tyrone IRA lost eighteen members to SAS ambushes between 1987 and 1992. The standout example is the SAS shooting of eight East Tyrone IRA members whilst the IRA attacked Loughgall RUC station in 1987.

Nevertheless, IRA activities continued in parts of Down, Fermanagh, north and mid-Armagh by August 1994. The East Tyrone IRA appears an exception in rural areas.

Many rural IRA units remained secure because they recruited volunteers primarily from small family and friend networks in rural republican communities. The IRA also permitted considerable autonomy for its units. Stakeknife and other informers from the cities faced restricted access to rural units.

The IRA’s leading Army Council seems to have avoided significant infiltration. One of their tasks included selecting volunteers for attacks in England. Occasionally, informers disrupted operations there. Sean O’Callaghan prevented some attacks in England during the early 1980s but various IRA operations in England continued. Examples include high-profile attacks such as the Conservative Party conference bombing in Brighton in 1984, the 1991 mortar attack on Downing Street and the IRA’s Bishopsgate bombing in 1993. The IRA ended its prolonged ceasefire with the Docklands bombing in February 1996 and they later bombed Manchester city centre in June 1996. Any IRA Army Council informers would have had to prevent at least some of these attacks that caused death and considerable financial damage.

Infiltrating the IRA leadership proved difficult. Army Council members generally did not take part in operations and the result was few opportunities to arrest and convict them. Minimal convictions restrained the intelligence services’ ability to manoeuvre their agents onto the Army Council. The distance IRA leaders created between themselves and volunteers also restricted information low-level informers could gather on leadership plans.

By the 1990s, the IRA continued causing political instability in Northern Ireland. British officials also noted how Sinn Féin had obtained approximately thirty percent of the northern nationalist vote by the 1990s. These factors influenced the British government and other conflict participants to engage with Sinn Féin in peace talks.

Whilst republicans could persist, so too could loyalists and British forces. Furthermore, Sinn Féin’s electoral mandate was not expanding beyond a sizeable minority of the northern nationalist vote by 1998. For republican leaders, a new unarmed political strategy and inclusive peace settlement appeared the best option to progress towards Irish unification by the 1990s.

Dr Thomas Leahy is a Lecturer in British and Irish Politics and Contemporary History at Cardiff University. His recent book ‘The Intelligence War Against the IRA’ is released with Cambridge University Press.