Agents and Informers: How much did British Intelligence know about the IRA during the Troubles?

As allegations of possible collusion continue to surface, Dr Cheryl Lawther looks at the use of informers and agents during the Troubles and asks how much did British intelligence know about IRA activities? 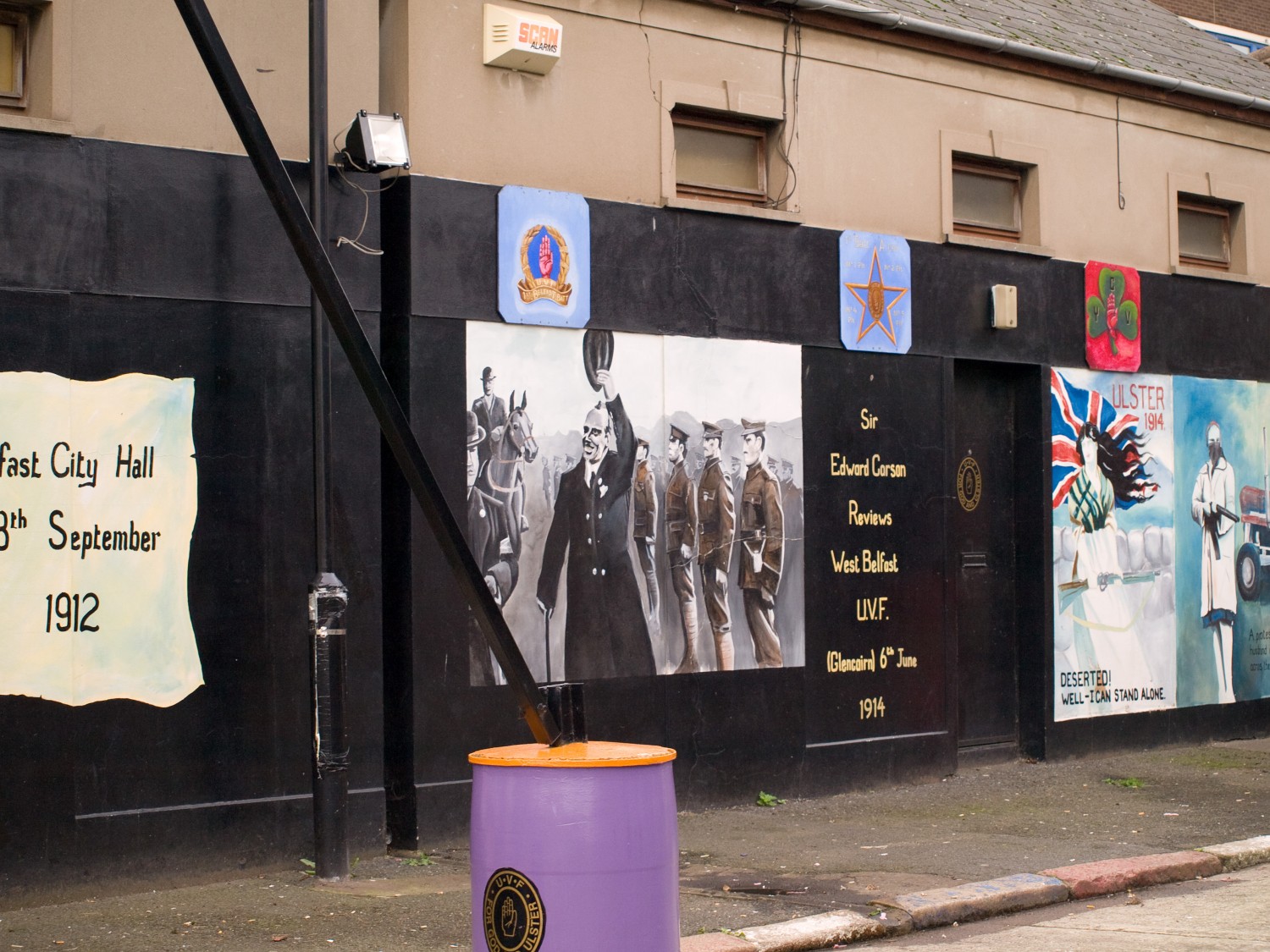 Featured Image: Site of the 1993 Shankill Road Bombing near the end of the Troubles.

The October 1993 Shankill Road IRA bomb was one of the most notorious atrocities of the Northern Ireland Troubles. Its intended target was the leadership of the loyalist paramilitary group – the Ulster Defence Association –  as they met above Frizzel’s fish shop on the Shankill Road on a busy Saturday lunchtime. However, the UDA had rescheduled its meeting at short notice – and the bomb exploded prematurely, killing nine Protestant civilians and one of the bombers, Thomas Begley.

The story is far from over. The Irish News recently headlined with the allegation that the IRA commander who planned the Shankill bomb was “working as an informant and passed information to his handlers that could have potentially prevented the atrocity.” Details on the double life of the agent, who was codenamed “AA”, were revealed in decrypted police files stolen during the IRA break-in at Castlereagh RUC station in 2002.

These revelations raise three immediate questions. Did British intelligence forces have information on the attack but fail to prevent it? Was the RUC investigation into the bombing compromised to protect the identity of an informer? Have victims’ families really received justice for the loss of their loved ones?

When probed on these questions at a recent QPol event at Queen’s University, the current chief constable of the PSNI, George Hamilton, dismissed claims of an advanced warning and emphasised that he is “100% convinced that the police service at the time had no knowledge of the Shankill bombing that could have prevented it.” A complaint has nevertheless been lodged with the Police Ombudsman asking for AA and his relationship with either RUC Special Branch or MI5 to be investigated.

That security forces use informers and agents to infiltrate armed groups is not a new phenomenon and it is well known that British intelligence forces had informers inside republican and loyalist paramilitary organisations. In addition to gathering intelligence, informers can, for example, hamper the activity of paramilitary groups, weaken and undermine the armed group by spreading mistrust and paranoia and play a role in encouraging the movement towards demobilisation and engagement with peace processes.

The thornier question relates to the permitted conduct of informers and whether they operate within the law. Most fundamentally, informers cannot act as agent provocateurs – they cannot engage in crime nor induce others to do so. Moreover, informers cannot take lives and where unlawful deaths occur, the state must investigate in a way that is compliant with their obligations under domestic and international law.

The Shankill bombing now joins a list of atrocities where the involvement of informers and agents is alleged. Also on that list are the 1974 Dublin and Monaghan bombings; the 1976 Kingsmill massacre; the activities of Freddie Scappaticci – alleged to be the army’s most high-ranking agent in the IRA and accused of involvement in up to 50 murders – and Brian Nelson, an army agent within the UDA responsible for passing on the names of IRA members who were subsequently murdered. Beyond these most high-profile cases are potentially hundreds of individuals who died as a result of state collusion with loyalist and republican paramilitary groups.

While the depth and extent of such collusion is unknown, the available evidence makes for uncomfortable reading. In 2003 Sir John Stevens reported that “informants and agents were allowed to operate without effective control and to participate in terrorist crimes.” Former Police Ombudsman, Nuala O’Loan, found that collusion between state security forces and informers was “systemic” and that due process was undermined to protect informers suspected of murder.

Meanwhile, Sir Desmond de Silva’s documentary review into the death of Pat Finucane contains details of a high-level RUC-Northern Ireland Office meeting in 1987 where it was acknowledged that placing informants in the middle ranks of terrorist groups “meant they would have to become involved in terrorist activity and operate with a degree of immunity from prosecution.”

Taken cumulatively, they point to state complicity in murder and impunity at the highest level.

Yet, the allegations keep on coming and the accountability gap is widening, not closing, with the passage of time. For the British state, there is the question of to what extent did it allow its own citizens to die – while for the IRA, to what extent were volunteers and supporters sacrificed by agents in the ranks? More broadly, where does responsibility lie and who is the victim and who is the perpetrator – the bomber and gunman or their security force handler who did nothing to prevent murder?

Such questions fall under the heading of “legacy issues” – a neat phrase for the unanswered questions that are a result of Northern Ireland’s eclectic and disjointed approach to dealing with the past. Nearly 18 years on from the signing of the Belfast Agreement, there is, as yet, little consensus on how best to deal with the past. The proposals contained in the Stormont House Agreement – the latest iteration of this debate – have stumbled on the British government’s insistence that a “national security” caveat will control information entering and leaving one of the proposed legacy bodies, the Historical Investigations Unit.

In this vacuum, the past continues to infiltrate the present. On a daily basis it appears that protection, denial and obfuscation are often privileged over truth and justice. For victims and survivors – and a still fragile society – revelations such as those concerning the Shankill bomb reinforce hurt and trauma and undermine the gains of the peace process. If impunity is to be countered and truth and justice delivered, full political commitment to an open, transparent mechanism that is capable of shining a light into all areas of the past is a must.

Dr Cheryl Lawther is a lecturer in Criminology in the School of Social Sciences, Education and Social Work at Queen's University Belfast. In July 2011, Cheryl's paper "Securing' the Past: Policing and the Contest over Truth in Northern Ireland' was awarded the Brian Williams Prize by the British Society of Criminology. This prize is awarded to a 'new' scholar who has made a valuable contribution to the further development of criminology.