Ireland is in prime position to profit from Brexit relocations

Dr Kieran Michael Conroy looks at how Ireland could be in the hot seat as businesses have already begun relocating some UK operations to other EU hubs as a result of Brexit. 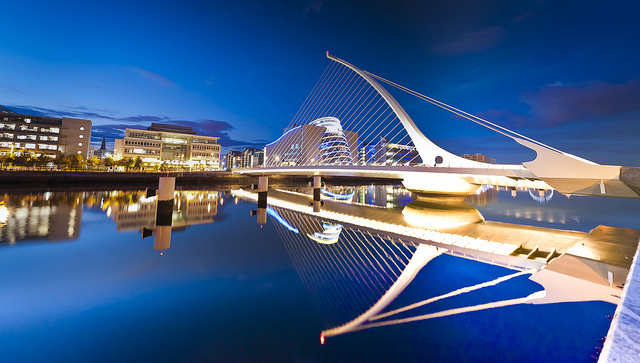 The race is on to sweep the crumbs from Britain’s table as global corporations position themselves for Brexit-related risks. The flow of money from investors around the world – so-called foreign direct investment (FDI) – will change, even before the nature of the UK’s exit from the EU becomes clear. Some of the biggest businesses have already begun relocating some UK operations to other potentially attractive European hubs.

Ireland should be in the hot seat. It has been a key regional location for corporate relocations. Since its accession to the EU, and the deliberate structuring of an economy open for foreign investment, Ireland has been a significant player in the global FDI arena. Its location on the periphery of Europe, a talented workforce, tax incentives and a dedicated agency to attract FDI have all contributed.

And it may be a deeply important moment for Dublin. Potential changes to US corporation tax laws could dramatically impact the flow of FDI into the country. The US president, Donald Trump, wants to cut the tax paid by US business to 10% from 35%, which could clearly affect the pace of investment into Ireland. Some large US corporations such as Apple, Amazon and Intel are already beginning to reinvest in advanced manufacturing in the US in a bid to get ahead of Trump interfering in their affairs.

These tax reforms are unlikely to take effect this year, but Ireland still needs to respond effectively to this potential obstacle. Both Brexit and US tax reform inject opportunity and risk into the Irish FDI landscape. But if we look at the historical flow of this investment into Ireland, then we can see how a successful response might be plotted.

Investment into Ireland since joining the EU has pretty much come in three major waves. First, in the 1970s, growth in basic manufacturing was driven by tax incentives. The second wave began in the 1990s when Irish subsidiaries of large corporations began to gain and develop more specialised responsibilities such as product development.

However, it is now time for Ireland to take advantage of an emerging third wave of FDI in the form of regional and global headquarters relocations. This process will be intensified by Brexit.

Much of the investment from these three waves originates from US corporations largely due to a bundle of political and historical ties. However, the third wave is also predisposed to FDI from the east, particularly from large Chinese corporations. Further attracting investment and headquarters relocation from Chinese firms may be an important step in liberating Ireland from its reliance on corporate America.

The “China-Dublin” affair may benefit from recent negotiations for a direct air route between the Irish capital and Beijing. All efforts down this road will serve to make Ireland a more attractive proposition for global companies pushed to look away from the UK by the approach of Brexit, even if there will remain significant competition from other major European cities such as Frankfurt and Paris.

There are many recent examples of firms moving their regional or global headquarters to Ireland from other countries. Some argue that the pursuit of aggressive tax avoidance is the sole incentive for this strategy but the availability of talent also appears crucial.

Recent research I have carried out at Queen’s University Belfast sheds light on the complexity of managing these EU regional headquarters and on how well equipped Irish managers are to do so. These are not mere placeholders. They are expected to meet challenging requirements from demanding US parents while simultaneously managing complicated operations across Europe.

The tax breaks helped create an environment where skills could be acquired and deployed, and so as well as being a regional hub, Ireland is quickly becoming a global hub for coordinating the activity of large corporations. Google, Facebook and LinkedIn have all installed major headquarters in Ireland in recent years and established talent, available to hire, is a key factor. Research has shown that Irish managers have become a benchmark for troubleshooting global problems at innovative firms.

Ireland’s pro-business institutions, particularly that dedicated body for attracting FDI, IDA Ireland, are masters of “courting” these multinationals. They will have a central role to play in this relocation process. Dublin was recently announced by Oxford Economics as the world’s most competitive city for financial services, and this is an important sector to focus on for Brexit relocations.

The Irish prime minister, Enda Kenny, has openly planned to lure global financial services firms away from the UK, with a plan to grow the sector in Ireland by 30% over the next five years. And there is evidence this is working. Just last week, on the back of threatening large relocations post-Brexit, US investment bank JP Morgan doubled its workforce in Dublin. The quality of the infrastructure and flexible immigration policies were cited as two major reasons.

Just as Trump threatens to close one door with his promised low tax environment for companies who relocate operations back to the US, so Brexit has opened another. And Ireland’s sometimes criticised role as a tax efficient haven for the world’s biggest firms could well put it in prime position to benefit, as long as it can identify and cajole those businesses most eager to shift operations from its Brexiting neighbour across the Irish Sea.

Kieran Conroy is currently a Lecturer in Management at Queen’s Management School. His research focuses on strategy and management in the multinational enterprise, particularly subsidiary development through knowledge transfer, innovation, power and influence. Kieran has published in top tiered international journals such as Journal of World Business, British Journal of Management and Journal of Industrial Labour Relations and book chapters in Edward Elgar series.