Irish Unity Report: Reunification of Ireland or unity amongst those who want unity? Part 2

In the final part of his two-part article, Professor John Barry continues his review of the recent Joint Committee on the Implementation of the Good Friday Agreement report and asks whether the report is simply preaching to the converted when it comes to Irish unity. 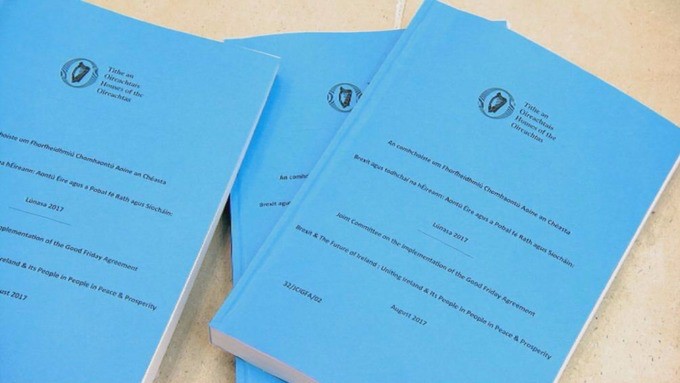 The report in essence tasks the Irish government with preparing the political, legal and economic case for reunification.  For example in Section 3 it states that in relation to the lack of good economic data in Northern Ireland, “the Irish Government needs to invest in securing accurate data so that it can formulate an appropriate response to Brexit and possible unification”.

It is also suggested in the report that reunification would boost the Northern Ireland economy through the lowering of corporation tax to that of the Republic, thereby increasing Foreign Direct Investment (FDI) (based on Hubner’s work – ‘Modelling Irish Unification’ 2015, and a boost to Northern Ireland exports as a result of adopting the Euro, and an assumption that the higher productivity levels in the Republic would ‘transfer’ (through a mechanism not specified in the report) to Northern Ireland.  As Kevin Meagher, former advisor to the Secretary of State for Northern Ireland Shaun Woodward 2007-09, and author of A United Ireland: Why Unification is Inevitable and How it Will Come About’ notes in his submission to the report:

“Bluntly, Northern Ireland, with a population of just 1.8 million people, is of no strategic economic importance to Britain, representing just two per cent of the UK’s GDP. Northern Ireland’s best bet, economically, is to join with the South and align its economy to benefit from the Republic’s strong record of attracting foreign direct investment”, p. 297

His submission, by the way, constitutes the entirety of the report’s sub-section entitled ‘British approach to Unity’.

The neoliberal tenor of this reminds me that on this economic impact of reunification, the report would seek to extend the inequality producing GDP economic growth of the ‘double transition’ in Northern Ireland – the shift from war to peace and neoliberal globalisation, FDI dependence, and resulting inequality and precarious employment – as outlined by writers such as Conor McCabe and QUB’s Brian Kelly to the entire island of Ireland.

So, to cut a long story short, the particular path to prosperity outlined in the report might undermine peace or the achievement of a just and decent society (as these authors suggest has been the fate of Northern Ireland).

To return to my starting point – if this were a student piece of work I’d give it a high 2:2, it does a good job of summarising and collating a large body of already existing knowledge, position and proposals.  It is over-reliant on a couple of key sources and to this reader at least does not sufficiently engage with those with reasoned positions against Irish Reunification/Unity. There is (relatively) little new here and an absence of critical analysis, not least on the democratic legitimacy and politics of persuasion.

But it has opened up a debate, an unhelpful or important one depending on one’s views, not just on a united Ireland, but the away around the current/latest political impasse here in Northern Ireland.  And let us not forget that pursuing the reunification of Ireland is not in any way ruled out, or is democratically illegitimate or otherwise unlawful in the sense of being in breach of the 1998 Agreement.  While this report chooses to see that Agreement as part of a road map (or a ‘staging post’) towards a United Ireland, others see the Agreement as an end point.  Brexit has obviously energised the debate around Irish Unity.

One wonders if the report, which on the whole views the 1998 Agreement as a staging post, and Brexit as the wind hastening a United Ireland, might have better advanced this position by slowing down more by, for example, stressing the unimplemented elements of the Agreement (Section 5 of the report) such as a Human Rights Bill, An Irish Language Act, and perhaps most importantly a North-South Consultative Forum (Strand II, Section 19 of the Agreement) – as well as the revival of the now defunct Civic Forum.  These two fora at least offer some possibility for citizen dialogue on the current and future state of Northern Ireland.

Hence media coverage has focused on presenting this report as calling for the Irish government to establish a ‘New Ireland Forum 2’ while Sinn Féin’s ‘Committee Report on Irish Unity’ shows an urgency of planning for reunification.

One wonders if the authors of the report realise how destabilising it is to insist that the 1998 Agreement plus Brexit leads somehow inevitably to Irish Unity for those in Northern Ireland who are not just content with the current constitutional status quo but wish to see it continue.  And here perhaps the report reveals itself as an Irish Nationalist document. It assumes at various points in the report that it is only unionists who have to be persuaded as unionists are the ones maintaining support for the constitutional position of Northern Ireland as part of the UK.  This not only falls into the dominant, but not completely accurate ‘two-community’ model of Northern Ireland, but does not include those (non-unionists) – ‘others’ and most significantly nationalists who are content with the status quo and do not support a United Ireland.  A BBC poll, in September last year, found 63% of people in Northern Ireland supported staying in the UK, with only 22% backing a united Ireland.

As the 2016 Northern Ireland Life and Times (NILT) Survey found, support for Irish unity amongst the Catholic community increased from 31% to 34%.    Only a third of those expected to most strongly support a united Ireland are in favour of it.  In 2005, support for a United Ireland amongst adult Catholics in Northern Ireland was at 56%. Yet none of this is considered or appears in the report, which presents a growing and homogenous ‘pro-Unity’ Catholic-nationalist community in Northern Ireland as the main driver of a United Ireland.  But it ain’t necessarily so….well, unless the report is aimed at Alliance Party voters’ views towards a united Ireland post-Brexit perhaps?  The 2016 NILT survey found that:

The reality is, at least to this point, Brexit, while it did create a surge of applications for Irish passports in Northern Ireland (including significant numbers of unionists), it did not result in any significant surge for a United Ireland.  This report seems to be aimed at filling that gap (perhaps alongside what some see as Sinn Féin’s current strategy of holding up a resumption of power-sharing, to demonstrate that Northern Ireland ‘cannot work’ and is a ‘failed state’).

It used to be a classic Irish republican slogan-cum-bad arithmetic to state ‘26+6=1’, now this has been replaced in this report with ‘1998 Agreement + Brexit = Irish Unity’.  To the bad adding up of the former we now have a report which is effectively nationalist and republican Ireland talking to itself. The lack of alternative perspectives, a rigorous challenging of the ‘inevitable logic’ of a United Ireland as a matter of ‘when’ not ‘if’ reminds me of social media dialogue when one can ‘defriend’ and remove those that disagree with you.

Rather than this report being a serious argument for Irish Unity (though it has certainly prepared the ground for future and perhaps improved arguments and evidence), it is either aimed at achieving unity amongst those across the island wishing for the reunification of Ireland, and/or basically a pre-nuptial agreement between Fianna Fail and Sinn Féin in advance of a future coalition government.