In this article, Paula Devine and Gemma M. Carney explore what the Northern Ireland Life and Times survey tells us about public attitudes towards Northern Ireland’s ageing population. 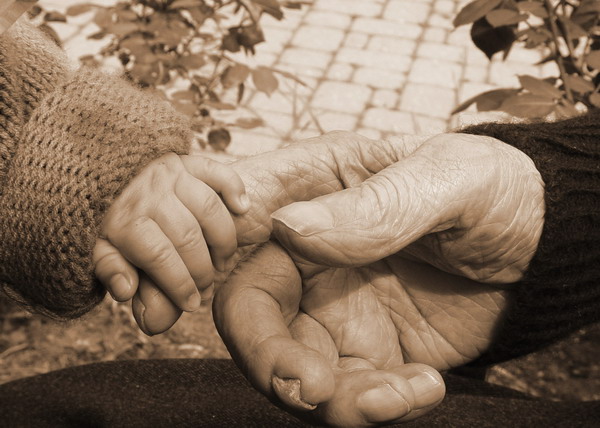 We know that our population is changing.  Along with the rest of the world, the population of Northern Ireland is ageing.  It is estimated that between 2013 and 2033, the number of people living here aged 65 years or over will increase by 63%.  But how is government policy reacting to this change?  And equally importantly, what does the public think about it?

In general policy responses have been slow to catch up with demographic change and, at present, there is a vacuum.  A draft Active Ageing Strategy, 2014-2020 was published in 2014, with the overall vision of Northern Ireland becoming an ‘age-friendly region in which people, as they get older, are valued and supported to live actively to their fullest potential, with their rights and dignity protected’.  Disappointingly, the final version of this strategy is yet to be published.

At present, there is consultation about proposals to extend age discrimination legislation in relation to goods, facilities and services.  Northern Ireland is currently lagging behind Britain (which introduced this in 2012).  Age is also the only ground upon which it is still legal to discriminate in relation to accessing goods, facilities and services in Northern Ireland.  The aim of the proposed legislation is to protect adults and young people aged 16 years and over from discrimination on grounds of age, although there has been disappointment that this has not been extended to children and young people under the age of 16.

The most obvious policy response, perhaps, is the creation of the role of Commissioner for Older People for Northern Ireland (COPNI), which happened after much lobbying by older people and older people’s groups, and which received cross-party political support.  Claire Keatinge was appointed as the first Commissioner in 2011, and her term of office will come to an end in November.  While anyone who has heard Claire speak will be impressed by her passion and knowledge, only one quarter of respondents to the 2014 Northern Ireland Life and Times (NILT) Survey (28%) said that they had heard of the Commissioner.  Does this suggest that it is too soon to answer assess how effective the Commissioner has been, or that people do not pay attention until they personally need help?

When does old age begin?

Of course, the question of the age at which we begin to think of someone as ‘old’ is important here, as this is affected by demographic and policy changes.  Until the mid-1990s we tended to think of someone as old once they were eligible for the State Pension (that is, 60 years for women and 65 years for men).  But policy changes implemented since then mean that the age of eligibility for men and women will be 68 in the mid-2030s and 69 in the late 2040s.  Therefore, our definition of ‘old’ is a social construction that varies over time.

Indeed, one third of respondents to the 2014 NILT Survey thought that the age at which they start to think of someone being old is between 70 and 74 years.  At the same time, however, the draft Active Ageing Strategy, as well the legislation that created the post of Commissioner for Older People, defines an older person as being aged 60 or over. Even globally recognised experts cannot agree on the point at which old age begins, a debate that becomes all the more unclear with the removal of obligatory retirement ages and other markers of age stratification.

Population ageing is often portrayed as a crisis, with phrases such as ‘pension time bomb’.  But it does not need to be a crisis, nor do we need to think about ageing in a negative way.  We have known about our ageing population for a long time – for example, Age Concern started the Millennium Debate of the Age initiative at the end of the 1990s – and so we have had time to plan.  In order to offset the pensions ‘crisis’, people will be working longer, and this is something that the public accept as inevitable, or even welcomed: 81% of  people taking part in the 2014 NILT Survey felt that people should be allowed to work for as long as they want to and are able to.

The Appreciating Age report (COPNI, 2014) estimated that people aged 60 or over in Northern Ireland will contribute almost £25 billion to the economy over the next 60 years through working, volunteering, caring, childcare, and replacement parenting.  Despite this, 75% of NILT respondents thought that society does not recognise the contribution that older people are still able to make.  Of course, it can be argued that people’s contribution to society should not, and cannot, be measured purely in financial terms. Perhaps, the problem is not the average age of Northern Ireland’s population, but rather how we use age to allocate resources, opportunities and wealth?

By pulling together the findings of the 2014 Northern Ireland Life and Times Survey, we found that the jury is out on whether Northern Ireland is a good place to grow old.  A slight majority think that older people have appropriate access to health or social care.  However, there was dissatisfaction by many respondents aged 45-54 years.  Will this dissatisfaction mellow (with age), or it increase with tighter economic resources and access to health and social care?

We also need to think about why those in middle age are more negative about health and social care services here.  Most likely, this is because they are providing care for their parents, family or friends.  Perhaps their experience suggests that there is less respect for older people as service users than one might expect?

In conclusion, there is evidence that Northern Ireland’s policy makers have taken some steps that will help make Northern Ireland a good place to grow old. However, if policy changes are to keep up with the speed at which our population is ageing, more must be done, and soon.  Living a long life is something to be celebrated and enjoyed.  When good policy planning is in place to deal with new demographics, an older population continues to be a healthy, stable and hard-working one.

The video ‘Is Northern Ireland a good place to be old’ is based on the 2014 survey results, and is available here.

The aim of the ARK Ageing Programme is to support engagement between the age and the academic sectors in Northern Ireland.  Based in Queen’s and Ulster Universities, we encourage and facilitate the production and use of research to support lobbying and advocacy.  Funded by The Atlantic Philanthropies, as well as Queen’s University Belfast and Ulster University, this programme of work will run from October 2013 to December 2016.  For more information, see www.ark.ac.uk/ageing.

This article was written by Dr Paula Devine and Dr Gemma M. Carney, who are both based in the School of Sociology, Social Policy and Social Work. Paula Devine is Coordinator of the ARK Ageing Programme, and Gemma M Carney is a lecturer in Social Policy. The authors recently set up the Northern Ireland branch of the British Society of Gerontology.