January 1919: the Irish Republic, the League of Nations and a new world order

In this centenary year of Dáil Éireann, Dr Darragh Gannon looks at how international recognition of the Irish Republic would become a key battle ground in the Irish war of independence. 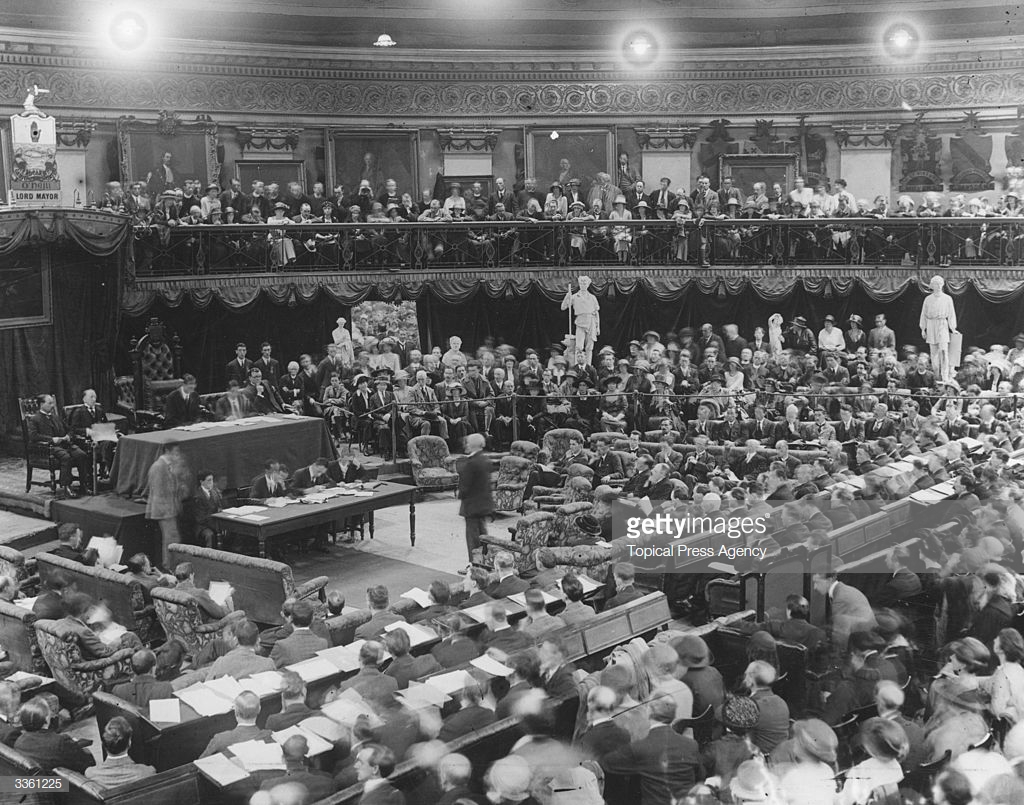 A century ago, on January 25, 1919, delegates to the Paris Peace Conference formally agreed on the establishment of a League of Nations, US President Woodrow Wilson’s attempt to create a new international order following the World War I.

Four days earlier, on January 21, Dáil Éireann, Ireland’s national parliament, had met for the first time. Its assembly in Dublin’s Mansion House was politically set to “Paris time”. Proclaiming an Irish Republic, the revolutionary parliament issued a Declaration of Independence from British rule in French, Irish, and English. It also sent A Message to the Free Nations of the World, and delegates to the Paris peace conference. It read:

Ireland today reasserts her historic nationhood confidently before the new world emerging from the War.

The featured image appears courtesy of Getty Images and a Creative Commons license.

Dr. Darragh Gannon is a modern historian with research expertise in the Irish in Great Britain and the Irish revolution. He has published widely on the revolutionary decade in British historical context and is currently finalising a monograph entitled Conflict, diaspora and empire: Irish nationalism in Great Britain, 1912-22.