Karlsruhe 5 May 2020 – spelling the “end of the EU” or indicating distrust in judicial dialogue? 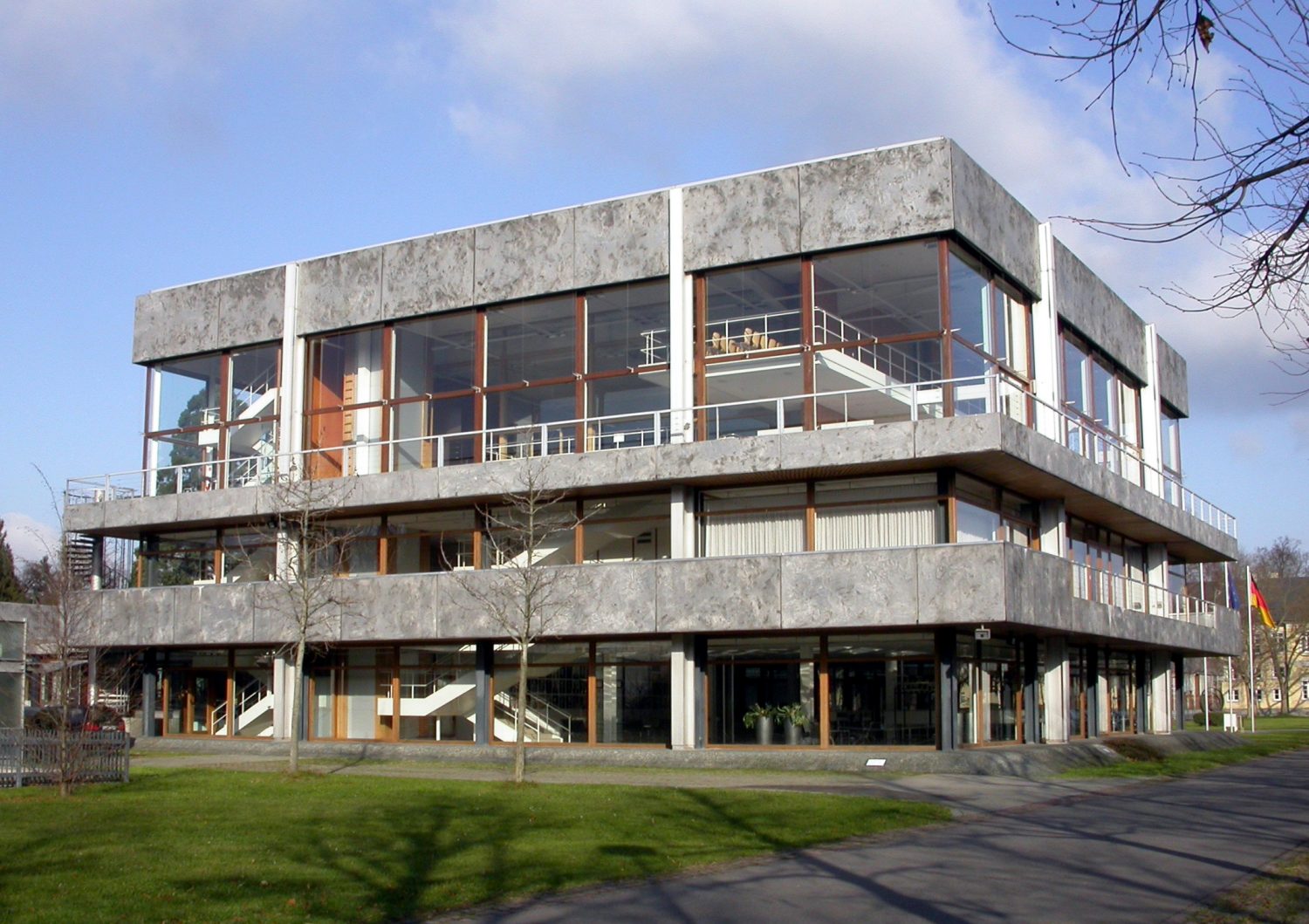 According to the Twitterati, the Federal Constitutional Court (FCC) has done it: Germany now has abandoned the rule of law, sided with Poland in defending true nationalism, and wisely refused to continue being the EU’s paymaster, spelling the end of the eurozone and the EU.

Others, are merely “pleased that the BVerfG stopped barking and finally bit”. This complex ruling deserves a less rash debate, which needs to look at all its aspects. This blog does not explore the immediate consequences for the ECB’s EAAP programme and the Public Sector Purchase Programme (PSP programme), on which it is based. The ruling has been read as conditionally endorsing PSP, and it is unlikely that it will stop the German Bundesbank from contributing to it in the end, as the German finance minister explains. The claimants, represented by M Kerber, aimed at preventing the European Central Bank (ECB) from credibly committing to doing “whatever it takes” to monetarily stabilise the €-zone economy, with a view to expanding this towards preventing “Corona-bonds”. By issuing those bonds, the ECB would generate the possibility to fund Member States’ needs emerging from the global pandemic by debt securities. Since the EU has very limited assets, the alternative (direct funding by the EU) is not realistic in the short term.  All this has been discussed, and is without any doubt very important.

However, the relevance of this ruling goes beyond assessing the legitimacy of the ECB programmes. The FCC ruling constitutes a further step towards a more combative dialogue between national supreme courts and the Court of Justice of the European Union. As such, the ruling may constitute a further stone in the wall isolating national constitutional courts from any course that would fully integrate them into EU legal system.

In principle, the FCC continues to accept the supremacy of European Union law, including the rulings of its court – within the limits its second senate had first established with the Maastricht ruling of 1993: any EU measures which are “ultra vires” (i.e. taken outside the EU’s specified competences). Thus, there is formally no deviation from former case law, and the FCC continues to respect supremacy of EU law as it did before. The shockwaves are caused by the FCC’s refusal to comply with the ECJ’s preliminary ruling in this matter, for which the FCC had applied. The Grand Chamber ruling in Weiss et al found that both the monetary instruments under attack are just that: monetary instruments, although they have effects on the creditworthiness and viability of economic actors. They are thus not beyond the remit of the ECB (or “ultra vires” in FCC terminology), and do also not constitute a circumvention of the ban on “monetary financing”, i.e. of buying directly Member States’ debts (conventional interpretation of Article 123 TFEU).

The FCC did not agree with this outcome. Its solution: while all European courts are in principle bound by rulings of the ECJ, this does not apply if the ruling must be considered arbitrary, because it is incomprehensible (headnote 2), or manifestly disregards the general principles common to the laws of Member States (paragraph 112).

This could, with some generosity, be interpreted as an indirect reference to Radbruch’s formula, according to which positive law lacks the quality of law if it completely disregards justice, in particular by deliberately betraying equality. The problem starts where the FCC characterises the ECJ ruling as “objectively arbitrary” (para 118) on the basis of a very specific interpretation of Articles 119, 127 TFEU. According to these, the ECB’s mandate for monetary policy must on the one hand be strictly divided from economic policy (which remains within the Member States’ remit), while the ECB must engage in a comprehensive overall assessment of the effects a monetary instrument has on economic policy.

This argument could likewise be classed as contradictory: if the ECB must not engage in economic policy under the TFEU, such a comprehensive assessment would actually be beyond its remit (“ultra vires”). The FCC’s second critique of the ECJ’s ruling evolves around the principle of proportionality. The ECJ should have applied the three-pronged test for proportionality developed in Prussian administrative law, states the FCC, and asked whether the monetary measures are suitable to achieve their aim, do not go over and above what is necessary to do so, and are, in addition, appropriate overall. Irrespective of the comparative and academic material cited, the proportionality test for competences of the EU or its institutions under Article 5 (4) TEU is satisfied if the measure does not exceed what is necessary to achieve its aim – there is no need to assess appropriateness overall. These few remarks should suffice to identify that, while the ECJ’s ruling surely can be criticised, it is not manifestly arbitrary. Even if Radbruch’s formula should be applied in the dialogue between national constitutional courts and the ECJ, its demands are not satisfied in this case.

The underlying motivation for the FCC to disobey the ECJ’s ruling relates to Germany’s constitutional identity, which the Court views as infringed by subjecting Germany to potentially unlimited support for a monetary programme, which again violates the principle of democracy, because parliament cannot ultimately control the budgetary impact of being involved in the programme. Member States’ constitutional identity is also Article 4 (2) TEU, and while this may appear as a mainly psychological element of judicial deliberations, identity surely has to be taken seriously. Identity obviously means different things for different Member States.

While budget autonomy of parliament and human rights protection triggered conflicts between the FCC and the ECJ, other national supreme Courts had other priorities. The Danish national supreme court refused to apply the Court’s Ajos ruling because under Danish law the principle of solidarity between the generations, mirrored in rules easing the dismissal of older employees if they can claim an old-age pension, limited the principle of age discrimination.

Neegaard and Sorensen identify a lack of trust on the part of the Supreme Court towards the ECJ as the true reason for the Supreme Court’s refusal to follow the ECJ. That lack of trust between the FCC’s second senate, which delivers all the rulings on limiting the EU’s competences, towards the ECJ may also explain the FCC’s uncompromising position.

Rebuilding that trust in the dialogue between the national and the EU Courts will be a precondition to maintain the EU’s unique character as a supranational union of states based on the rule of law.

Whilst that trust is being rebuilt, both these national courts have violated European Union law. This could be addressed by an infringement procedure, as Franz C Mayer suggests on Verfassungsblog suggests. This comment adds an excellent appreciation, based on a closer observation of the German debate. It exposes the schoolmasterly tone of the FCC, coupled with a surprising self-perception of Germany’s highest judges, who have no reservations in offering their own assessment of the Euro’s political economy.

On the up-side, the note underlines that one of those seven judges voted against the ruling, and stresses that there were three judges (Maidowski, König, Langenfeld), who gave dissenting opinions on the FCC’s judgment concerning the Unified Patent Court of February 2020. This judgment invalidated the German accession to the Unified Patent Court, and while this is not the space to add another comment, suffice it is to say that this UPC judgment also was based on the EU sceptical position of the FCC’s second senate. Now, while 3 out of 8 judges may remain the permanent minority, the second senate’s president, Andreas Voßkuhle, will be replaced by another judge very soon. The sole nominee is Prof. Dr. Astrid Wallrabenstein. While there are some procedural imponderabilities, as LTO reports), it is very likely that she will be added to the FCC’s second senate eventually. It thus seems likely that the second senate reforms from within. Here is hoping that this happens before any infringement procedure.