McMindfulness: Buddhism as sold to you by neoliberals

When stripped of its ethics and emphasis on community, mindfulness actually slots scarily well into the neoliberal mindset says Dr Peter Doran. 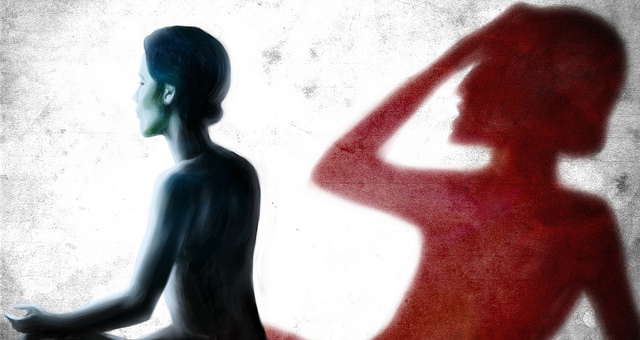 Mindfulness is big business, worth in excess of US$1.0 billion in the US alone and linked – somewhat paradoxically – to an expanding range of must have products. These include downloadable apps (1300 at the last count), books to read or colour in, and online courses. Mindfulness practice and training is now part of a global wellness industry worth trillions of dollars.

Mindfulness has its origins in Buddhist meditation teachings and encourages the quiet observation of habituated thought patterns and emotions. The aim is to interrupt what can be an unhealthy tendency to over-identify with and stress out about these transient contents of the mind. By doing so, those who practice mindfulness can come to dwell in what is often described as a more “spacious” and liberating awareness. They are freed from seemingly automatic tendencies (such as anxiety about status, appearances, future prospects, our productivity) that are exploited by advertisers and other institutions in order to shape our behaviour. In its original Buddhist settings, mindfulness is inseparable from the ethical life.

The rapid rise and mainstreaming of what was once regarded as the preserve of a 1960s counterculture associated with a rejection of materialist values might seem surprising. But it is no accident that these practices of meditation and mindfulness have become so widespread. Neoliberalism and the associated rise of the “attention economy” are signs of our consumerist and enterprising times. Corporations and dominant institutions thrive by capturing and directing our time and attention, both of which appear to be in ever-shorter supply.

The celebrated French activist philosopher and psychotherapist Félix Guattari observed some time ago that contemporary capitalism had begun to determine who we think we are. The power of corporate media, advertising, video games, Hollywood and the rise of social media condition how we present and think about ourselves. And in turn, our visions of ourselves participate in the production of all other commodities.

As we have come to identify with our lives as consumers, our lives have been reduced to an infinite series of choices and transactions. At the same time, our relationships with a once flourishing biodiversity – both natural and cultural – atrophy and recede behind a series of screens, preserved only as televisual spectacle to salve our blighted collective sense of unease.

So there is a great deal at stake for companies competing to commodify and colonise our attention. We are no longer mere consumers captured by chance by skillful marketing. We have become subjects and products formed in the interplay of algorithms, technology and newly minted corporate tools that mine our relationships, tastes, moods and intimate preferences. These are then fed back into the system in a perfect loop on platforms developed by Facebook, Apple, Netflix and a host of others now busily turning our attention into a tradeable commodity.

But as our enclosure in this “attention economy” accelerates, our vulnerability to addiction, loneliness, depression and alienation is entrenched. The more we buy into a disenchanted world bereft of complexity, care and meaning, nature and other people appear to retreat behind a series of screens.

Meanwhile mindfulness, a practice with its roots in Buddhism, has mushroomed in popularity. This may seem odd. But the popular, secular variety of “mindfulness” – or “McMindfulness”, as it has been dubbed – can appear to offer a tailored, therapeutic response to many of the features of contemporary neoliberalism and the demands of the attention economy.

Indeed mindfulness-based practices are merging with the neoliberal logic of “self care”. They seem to be consistent with the imperative that we increasingly take responsibility for our own individual fates as they are set adrift from community. This is a logic that has become pervasive across our public and private institutions, where “self regulation” in pursuit of resilience is the new watchword. Adapt – or perish.

And so mindfulness is being sold as a respite from hyper-consumerism, or as support for our struggle to comply with pressures to enhance productivity in the workplace. It is being used, for example, as a form of self-discipline in the service of enhanced productivity in corporate and institutional settings. Equally, the practice is being deployed by institutions to help mitigate consequences at heightened moments of distress such as when staff are being prepared to adapt to news of their imminent redundancy.

So called secular therapeutic mindfulness practices, then, can operate on the same register as neoliberalism and the “attention economy”. That’s why the philosopher Slavoj Žižek once described Buddhism as the perfect supplement for a consumerist society. Žižek was only half right. The real problem is the selective appropriation of Buddhist practices, stripped of their ethical and philosophical insights. As a result, mindfulness practices are too often presented and taught without adequate acknowledgement of the power structures that are themselves an important source of our distress.

Buddhist scholarship differentiates between “right mindfulness” and “wrong mindfulness”. Mindfulness must be practised with attention to the operation of power and context if it is to generate useful and liberating insights. It is irreducible to exclusively personal or individual experience. Rather, it must be practised as a gateway to an ethics of care and community – the “mindful commons”. As the philosopher of care, María Puig de la Bellacasa reminds us, all knowledge is situated: knowing and thinking are inconceivable without attention to relations. These including relations of power, which can bear down on and move through our bodies, minds and places, influencing the way we think.

Stripped of its ethical and contextual roots, mindfulness-based practices borrowed from Buddhist and Zen lineages risk shoring up the very sources of suffering from which the Buddha set out to liberate himself and others. But practised correctly, mindfulness – aligned with and informed by acknowledgement of powerful institutional sources of suffering – can be a pathway to critical engagement and resistance.

Peter’s new book from Routledge is entitled A Political Economy of Attention, Mindfulness and Consumerism: Reclaiming the Mindful Commons (2017). This book brings together Peter’s interests in the contemplative commons, ecology and consumerism.