If politics in this region is to be put back together again there is much wisdom to be found in the existing Good Friday Agreement says Professor Colin Harvey. 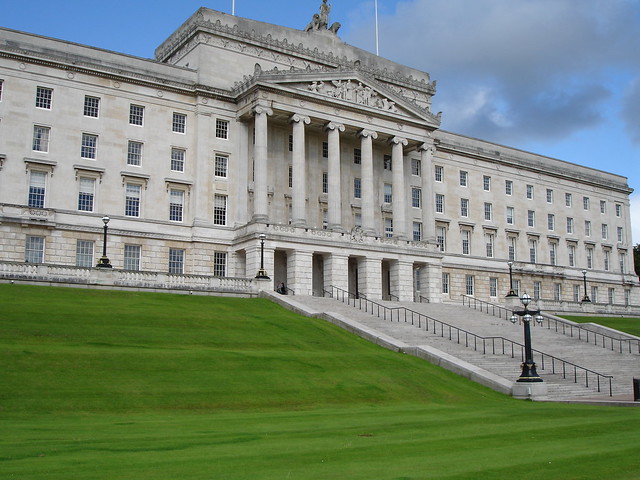 Brexit is making us familiar with pitifully poor analysis of this region.  The lack of contextual understanding has been quite remarkable, and the difficulties continue. Not all of the problems rest with British politics or spring from Westminster/Whitehall. Dominant narratives on this island are adding to our current woes; it is as if all the lessons of the peace process have been forgotten.

The Good Friday Agreement does many things, but one aspect that requires attention is the idea that people are permitted to advance their constitutional goals, and inhabit their national identities, securely and without fear. There is a right to choose to identify and be accepted as British or Irish or both. Constitutional aspirations are supposed to be equally legitimate, and we should be able to live free from anxiety about sectarian harassment.

The principle of consent is lauded as central to the constitutional compromise at the heart of the Agreement; continuing membership of the UK rests only on majority agreement, and this can be tested through concurrent referendums on this island.  It should be provocative to no one to argue robustly for the existing union or to seek a united Ireland. Conferences and seminars that tease out the implications of Irish unity are as necessary as those which fret about the constitutional integrity of the UK. Academics can even have views about such matters and express them.

But what do we see in practice? Those who argue proactively for their constitutional aspirations are pilloried as “sectarian”, “tribal” or even “divisive”. The reaction to those, for example, who raise the prospect of a (misnamed) “border poll” is instructive and troubling. The rather disturbing impression given is that the Agreement’s principles and mechanisms are elaborate decorative devices to provide cover to lure people into a façade of power-sharing government.

Respectability attaches to those who deny, evade or seek to transcend such questions. Some of this is, of course, well-intentioned and significant; people are as complex and as resistant to labels here as anywhere. That must be acknowledged as this society moves into a more pluralist space.  But where this becomes a major policy problem is when it collapses a fundamental pillar of the Agreement; an Agreement, remember, that people claim to cherish in all its parts.   The impact can be felt by voiceless British citizens abandoned by their own government in the context of a Brexit (and other policies) that will erode their rights, and alienated Irish citizens who, among other things, face routine systemic disrespect and watch the potential repartition of the island.

Civic movements that organise around the Agreement’s vision of parity of esteem and mutual respect are routinely castigated, even when they make human rights central to their reform agenda. Stories which reduce the complex power-sharing constitutionalism of this society to caricature currently prevail.

There is a need for correction. If politics in this region is to be put back together again there is much wisdom to be found in the existing Agreement; in making it work as originally intended. Why do so many want to airbrush its core principles away and seemingly return to failed narratives and tired policies that got this society nowhere for decades? To continue to treat people with contempt because they take the Agreement’s constitutional and rights-based promises seriously is a silly and damaging mistake. Both governments are prone to this ill-advised stance; they are not alone (it seems to be embedded within “establishment Ireland”).

It is one of the reasons (not the only one) why this place was allowed to become, and remains, such a disastrous political mess. Constitutional differences must be respected as one part (again, not the only part) of any credible project of reconstruction that is serious about sustainable and transformative social change here.  That is the core common constitutional ground on which a better future can be achieved for everyone.