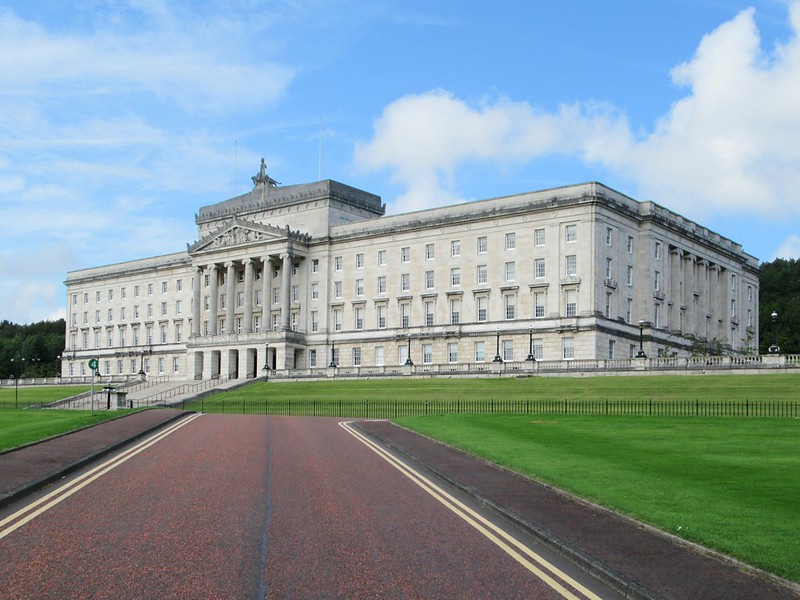 It is easy to forget in hindsight, but all Northern Ireland’s parties approached the 2019 election with at least the glimmer of hope that they might get the chance to hold or withhold the votes that could see a Johnson or Corbyn government formed.

Of course, in the end, Johnson’s majority was huge – and it was built on pretty much the opposite logic to that on which all Northern Ireland parties campaigned. Johnson promised to get Brexit done and to get the Withdrawal Agreement passed. All Northern Ireland parties promised to try and get rid of the Withdrawal Agreement, albeit for very different reasons.

As it is, Northern Ireland’s 18 MPs find themselves in a Parliament beholden to Johnson, with most of the legislation relating to Brexit being rolled out through statutory instruments, and with a pandemic to deal with. Are the strategies of their parties likely to make any difference to Northern Ireland’s Brexit fortunes?

Sinn Féin’s policy of abstentionism held firm in the 2017-19 parliament despite arguments from outside the party (not least from commentators and politicians in the Republic of Ireland) that, as a pro-Remain party, Sinn Féin’s seven votes in a fractured parliament could have made a significant difference to the course of Brexit.

The influence of Sinn Féin in Westminster regarding Brexit has come instead from the use of ‘coffee cup diplomacy’ (using informal networking for influence) and canny use of the parliamentary privileges that the party enjoys regardless of its MPs not taking their seats.

The party is experienced in making best use of the access it has to Commons resources and evidence, and makes sure that its MPs and advisers are well-briefed, clear and consistent in presenting the party line.

Sinn Féin, we should not forget, is managing representation – and managing to coordinate its party position effectively – in no fewer than four legislatures: Westminster, Stormont, the Oireachtas and the European Parliament.

Indeed, the leverage that it wishes to use on the issues it values most will be greatest outside Westminster rather than within it.

The Commons has long been less of a priority for the party than Dáil Éireann and this was in part reflected in its contrasting fortunes in the UK general election of December 2019 and the Irish general election just a short while after.

The success of Sinn Féin in the 8 February Irish general election has unsurprisingly ‘spooked’ unionists (and not just Unionists with a capital U).

Given the possibility that Sinn Féin might yet end up (if not this time round, perhaps next time) exercising far more influence in Dublin than the DUP did in London during its confidence and supply arrangement with the Conservative Party between 2017 and 2019, it is little wonder that they are concerned.

For most of that time, the DUP seemed secure in its position as the voice of unionism and of Leave in Westminster – a card it played for all it was worth, much to the chagrin of nationalists and Remainers in Northern Ireland.

However, when the party proved unwilling to supply the votes that had been promised, it lost the confidence of the Conservative Party in very dramatic fashion.

That the Protocol on Northern Ireland/Ireland in Johnson’s Withdrawal Agreement was seen as the British government ‘selling out’ Northern Ireland was nothing unexpected in Irish nationalist circles. But for unionists it was a fresh blow to their confidence in the Westminster parliament.

The DUP at this point faces a stark moment of decision over its strategy. Does it push forward in resistance to the Protocol, in the hope that British MPs will finally wake up to what it sees as the ‘betrayal’ of the union?

Or else does it swerve to develop a never-before seen collaborative effort with other Northern Ireland MPs and parties to defend the common interests of the region vis-à-vis Britain at this critical juncture?

Much depends on how relations between the parties are managed within the Northern Ireland Executive and, more broadly, on the tone and tenor of the British-Irish intergovernmental relationship which underpins the peace process.

Ultimately, what the DUP decides to do will follow from what it sees as best securing Northern Ireland’s position in the union, and this is likely to depend on the machinations of the Conservative government rather than a premeditated party line from the DUP itself.

The option – if not the imperative – of collaboration between Northern Ireland’s 18 MPs is made a feasible proposition following the 2019 general election, which saw the re-emergence of a centre ground in the region.

When the Good Friday (Belfast) Agreement was originally concluded, it was presumed that the moderate middle ground would continue to grow and form a solid basis for future reconciliation in Northern Ireland.

Instead, we saw a polarisation of discourse and an incentive to pursue conflictual (albeit non-violent) politics. At the 2019 general election, however, both the DUP and Sinn Féin were punished for their three-year long refusal to share power as public services fell into crisis.

On the other hand, the pro-Remain and pro-cooperative stances of the moderate parties (the SDLP and Alliance) resulted in strong performances from them and sent three new ‘centre ground’ MPs to the Commons.

Whilst those parties are inevitably hindered by lack of numbers – by the way Commons procedures are arguably biased against smaller (especially regional) parties, and by the sheer size of Boris Johnson’s majority – those three MPs are respected as among the most effective political actors in Northern Ireland.

Their mettle will, of course, be tested. But perhaps the biggest difference they can make in Westminster forming the cartilage between the two grinding bones of the DUP and Sinn Féin.

Although the impact of Northern Ireland’s MPs is unlikely to be as high-profile or as disproportionate as it was felt to be in the previous parliament, their role may in fact prove more critical now than it has been for a generation.

A more sympathetic ear from the Labour Party under Keir Starmer could make a difference, although not a majority.

And the role of peers in the House of Lords could also be important – not least in raising awareness in Westminster of the very distinct impact that Brexit and the Withdrawal Agreement will have here.

Everything depends, of course, on what the Government does in response – if anything at all.

At its heart, peace in Northern Ireland depends on people of all political views believing that democratic representation works and is worthwhile, including at UK level.

If the government responds favourably to what may turn out to be an unprecedented willingness of the part of Northern Ireland’s parties in Westminster to work together and speak in common cause, it will be an important means of welding together the pillars of peace and stability amid what looks set to be a period of extraordinary political turbulence across these islands.

This piece forms part of the UK in a Changing Europe’s Parliament and Brexit report.