Offering the HPV vaccine for boys as well as girls

Human Papillomavirus (HPV) is a common sexually transmitted virus. It is so common that nearly all sexually active men and women get it at some point in their lives. Dr Gillian Prue asks why then do we currently only offer the vaccine to females? 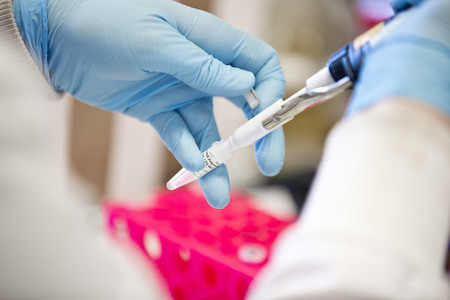 Human Papillomavirus (HPV) is a common sexually transmitted virus. It is so common that nearly all sexually active men and women get it at some point in their lives. HPV can be passed from one person to another even when there are no visible signs or symptoms. There are a number of different types of HPV that have a different effect on the body. Most people never know they are infected, and are able to get rid of the virus themselves with no lasting harm, but for some the virus persists and can lead to a number of different health problems. The most widely known is cervical cancer, but HPV can also cause cancer in the vulva or vagina, the throat, anus and penis. HPV also causes genital warts and a rare but disabling respiratory condition known as recurrent respiratory papillomatosis (RRP).

Why only offer the vaccine to girls?

The good news is that there is a HPV vaccine available for both males and females that can stop these health problems from occurring. Many countries including Australia, the United States, two Canadian provinces, Austria and Israel vaccinate both boys and girls. Switzerland has also recently made a recommendation that the vaccine should be ‘gender neutral’ and is currently considering offering the vaccine to both sexes through their national health service.  In contrast, the UK only offers the vaccine to girls. This is currently done via a school-based vaccination programme for 12 – 13 year old girls. So why does this disparity exist? Why does the UK only offer the vaccine to girls and not boys, despite the impact on both sexes?

Their argument is based around the assumption that as this is a sexually transmitted infection, if girls are vaccinated then they will not have the virus to pass on to boys and so boys will be protected. There is some emerging evidence that this is the case, in Denmark (where only girls are vaccinated), there has been a 50% reduction in the amount of boys aged 15 – 19 years old with genital warts. A further analysis of female only vaccination programmes in nine countries with high female vaccination rates found a reduction in the number of boys with genital warts of around one third. This would indicate that boys do receive some protection from HPV with a girl’s only vaccination as long as enough girls receive the jab. Men will only be protected however if they have sex with a woman who has been vaccinated; if they have sexual contact with an unvaccinated female they may still be at risk.

Extending the vaccine to men

The vaccine offers most protection if it is given to the person before they have any sexual contact (so they have not been already exposed to HPV), that is why 12-13 year old girls are currently asked if they want the vaccine. It is totally inappropriate, impractical and unethical to ask 12-13 year old boys if they are likely to have sex with another male when they are older, and if so, would they like an HPV jab. The other solution is to vaccinate men who have sex with men at a sexual health clinic; it is likely that this will not protect the majority of men who have sex with men. This is because we know that people generally become infected with HPV very soon after their first sexual experiences. That is why it is best to vaccinate before a person begins sexual activity. Most MSM are likely to have had multiple sexual partners with increased risk of HPV acquisition before they attend a sexual health clinic. Also, many gay and bisexual men do not attend GUM clinics. There are also MSM who do not identify as gay or homosexual and will not disclose their sexual activity to a healthcare professional, meaning they will never be offered the vaccination.

What needs to be done?

We have the tool to eradicate cancers caused by HPV: approximately 5% of all cancers in the world. Nobel Prize winner Harald zur Hausen believes that this is achievable and if this is to be done in a foreseeable period of time we should vaccinate both genders. It is time the UK government followed his advice and offer protection to men as well as women through a comprehensive vaccination programme available for all.

Dr Gillian Prue is a Lecturer in Cancer Survivorship in the School of Nursing and Midwifery. She has previously written on this topic in The Conversation and tweets on related topics @GillianPrue.

Are UK Women willing to Donate their Wombs Post-mortem?