Parliaments and Their Discontents

Following Khalid Masood’s recent fatal attack on Westminster, guest contributor Dr Tim Wilson from the University of St Andrews asks how, why and when did parliaments emerge as a target of choice? 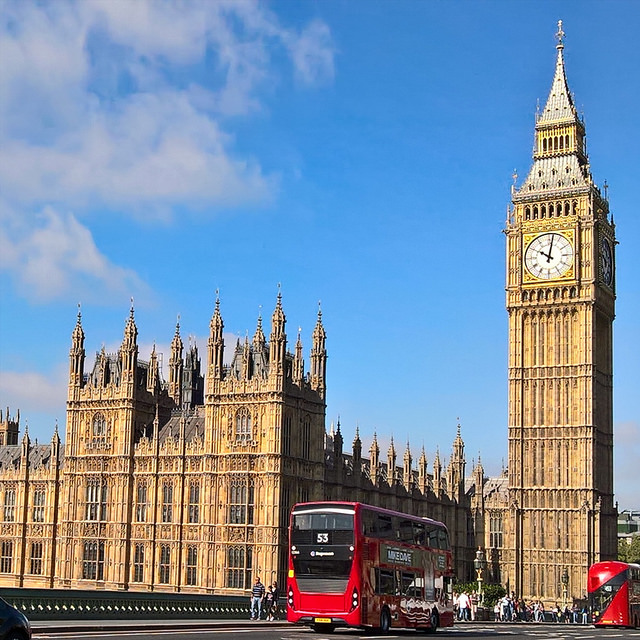 Khalid Masood’s destructive rampage at Westminster on 22 March 2017 is impressive primarily for its disproportionate effects. The striking feature here is that the means of destruction were apparently so very limited and basic: a man, a car and a knife. Yet in less than a minute and a half – 83 seconds – he ‘succeeded’ in generating a slew of horrific images of carnage that have dominated global news cycles for days. But clearly here, too, the impact of his atrocious actions was massively amplified by their very location: the Westminster parliament. As The Times once noted of another attack on Westminster – the 17 June 1974 bombing, by the Provisional IRA – there can be ‘few more dramatic ways of symbolising defiance of the spirit of orderly government represented by Parliament’.

But this observation in turn sparks fresh questions in turn: how, why and when did parliaments emerge as a target of choice? These questions are perhaps less straightforward than they may seem at first glance. If pushed, many people might assume that the notorious Guy Fawkes plot of 1605 indicates that assaulting representative legislatures is an age-old phenomenon. But the 1605 plot was arguably only part of a much more ambitious coup attempt to decapitate, and then replace, an entire ruling elite. As such, it has very few parallels in more recent times. Only the communist bombing of a high profile funeral at St Nedelya’s Church in Sofia on 16 April 1925 comes close in the audacity of its conception. 150 were killed on that occasion; but not the bombers’ primary target, Tsar Boris III, who had not been present.

We can draw a further basic distinction here as well: between attacks on parliaments (as institutions) and assassinations (that happen to use parliaments as a convenient setting, or stage). The latter tradition is, if the word is not insensitive, more venerable. Here we might place incidents such as the shooting of the British Prime Minister, Spencer Percival, on 11 May 1812: as he entered the House of Commons, Percival was shot dead by John Bellingham, an embittered businessman who had been refused compensation for a period of imprisonment in Russia.

Equally hot-blooded, although also more obviously ‘political’, was the fatal shooting on the floor of the national assembly of the Croatian Peasant Party leader, Stjepan Radić, by a Montenegrin Serb, Puniša Račić on 20 June 1928; a key turning point in the remoulding of the (troubled) Kingdom of Serbs, Croats and Slovenes into (the equally troubled) entity of Yugoslavia. Rather more calculated was the murder of Airey Neave, Conservative Shadow Secretary of Northern Ireland by a Republican splinter group, the Irish National Liberation Army. On 30 March 1979, a car bomb with a sophisticated mercury-tilt switch was triggered as Neave drove up the exit ramp of the House of Commons car park at Westminster. He died in hospital an agonising forty minutes later.

What, then, of attacks on parliaments as parliaments? The disturbing point here is a simple one. Such attacks, broadly, shadowed the evolution of parliaments from oligarchic clearing-houses of national business to something approximating more genuinely democratic assemblies. The key period here was the late 19th century. Anarchists bombed the Italian parliament in March 1894 and the French Chamber of Deputies in December of the same year. Irish Republicans had already bombed the British House of Commons on 24 January 1885.

Coincidentally or not, just a few months earlier the 1884 Representation of the People Act had transformed British politics for ever by ushering in an era of genuinely mass politics. It is true that the German Reichstag was behind the curve here – bombed in 1929 (by right-wing extremists) and set alight in an arson attack in 1933 (probably by a communist attacker, although the incident remains clouded by the Nazi backlash). But in general the long-term pattern seems clear enough – as legislatures became more directly representative, the prospect of attacks increased as well.

Many such projected assaults mercifully remained daydreams. Thus, the Irish Republican O’Donovan Rossa once planned to pump poison gas into the British House of Commons; and Cathal Brugha to machine-gun its MPs from the visitors’ gallery. But others did not. Puerto Rican nationalists did indeed shoot up the US Congress on 1 March 1954, wounding five. A gun rampage by the anti-Quebecois Denis Lortie on the National Assembly of Quebec building on 8 May 1984 was notably more lethal: three died and 13 were injured. Unsurprisingly, perhaps, all of these attacks were derived (in different ways) to one of the most enduring sources of instability in the contemporary world: the challenge of separatist nationalism to multi-ethnic states.

We might note another repetitive pattern here as well. Domestic electorates are, much of the time, deeply uninterested in foreign policy. By contrast, this often seems the primary motivation for those who seek to disrupt parliaments with spectacular violence. This was true, probably, of the arson attack on the Canadian Parliament on 3 February 1916 that killed seven. It was true of the far-left bombings of the US Capitol on 1 March 1971 (against the invasion of Laos) and on 7 November 1983 (against the invasion of Granada). And it seems true for recent jihadist violence, too: of the gun attack by Michael Zehaf-Bibeau on the Canadian Parliament (22 October, 2014) and now Khalid Masood’s kamikaze assault on its British counterpart (22 March 2017).

Summing up, the violent attack on parliament is a phenomenon whose evolution deserves some serious consideration in its own right. On 24 November 2006 the loyalist killer Michael Stone turned up at the Stormont parliament armed with an imitation pistol, knife and ‘viable’ bomb; he got trapped in the revolving doors before his intentions could be made entirely clear. Rather hopefully, his defence lawyer claimed subsequently that his client had been staging ‘a piece of performance art’. Although it did not get Stone off – he received a sentence of 16 years – the phrase still retains some suggestive use for understanding such wild attacks on democratic legislatures. Such outrages are not serious bids for power: instead, they are mere attempts to grab mass attention, however fleetingly.

And here the final irony is surely a redolent one. In a society so fashionably sceptical about the worth of its own democracy, Khalid Masood’s performance barbarism at Westminster reminds us just what the alternatives might look possibly like. No one in recent memory has succeeded – however fleetingly – in making the British political class more popular, or more cherished.

Dr Tim Wilson is the Director of The Handa Centre for the Study of Terrorism and Political Violence at the University of St Andrews. Trained as an historian, his chief interest is in the widely differing effects political violence can have across different contexts. In over ten years of teaching and researching at top universities (Oxford, St Andrews, Queen’s Belfast) he has worked widely both on terrorism committed by governments, and by their opponents.

Improvements in the representation of women in the new Parliament?