When in Rome do as the Romans do? Vienna and Gertrude calling!

Dr Ulrike Vieten reflects on the re-run of the recent presidential election in Austria which saw the defeat of the populist far right candidate Norbert Hofer. 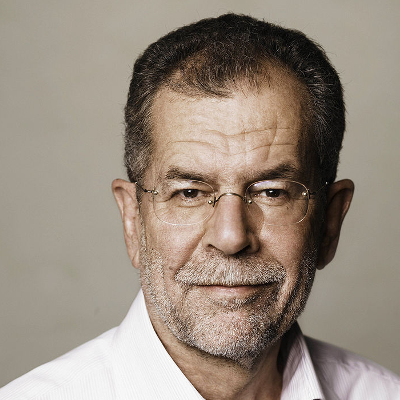 Sunday 4th of December 2016, Austria. After spending almost an entire year of time, money and attention on the presidential election campaigns, the candidates, Alexander Van der Bellen – a former leader of the Austrian Green party, who entered the race on an independent ticket – and Norbert Hofer – the far right candidate of the FPÖ (Freiheitliche Partei Österreichs – Austrian Freedom Party) – certainly have been exhausted with each other, as they have their audience, the electorate. However, the good news of the day, the victory of Van der Bellen against the tide of an almost inevitable wave of far right party successes and far-right racist populism, gives us back a glimmer of hope.

To recap, in May this year, Van der Bellen had won by the thinnest majority of just 31.000 votes, after the post ballots were counted. Today, three days after the election on Sunday (4th of December), we know his victory is very solid, as there was more than 300,000 vote difference between him and Hofer.

Following his victory in May, the result was challenged by advocates on behalf of the FPÖ. The Austrian judges found irregularities in the ways postal ballots were counted, and the re-run of the election was agreed. My comments on the initial presidential election in May warned of the normalisation of an authoritarian ‘cuddling’ (the charming appeal of fechism), and that the appeal of simplistic answers to very complex glocal transformation questions and societal, cultural and economic changes across the globe, is felt everywhere. For now, we can breathe easily, and think about our strategies to counter far right racist populism.

Even before the US election, the outlook was scary, and it looked very different to me in summer, when I was in Vienna. Back then I initiated an open letter in order to have a broader discussion on these developments via the ISA sociological research committee on ‘Racism, nationalism and ethnic relations’ (RC05), e.g. this years’ International Sociological Association Forum was held in Vienna. The text only passed, however, when it was reformulated to a generic statement, and later on it was rejected by the ISA Human Rights committee on the grounds that it was too generic.

It is not easy to keep the spirit of public sociology alive.

But back to Austria: against the prospect of election fatigue, there was a quite a high turnout of voters – more than 73% on Sunday. It seems Austria’s electorate shifted more clearly to an anti-far-right mood; and it was a clear stand FOR Europe and the EU. Alexander Van der Bellen explicitly portrayed himself as pro-European, cosmopolitan and an open minded choice for a president despite also promoting Heimat.

Van der Bellen, a retired economics professor from the Kaunertal in Tyrol, represents almost everything the far right hates: he is an intellectual and a left wing inspired politician, who supports an ecological future and, last but not least, also stands up to a more gender-equal and diversity-inclusive society. And he is the son of migrants; a Russian father and an Estonian mother who fled Stalinism. Van der Bellen became a naturalised Austrian in 1958.

By the way, a significant majority of women voted for him, and a video with Gertrude, a survivor of the Holocaust, went viral before the election. Gertrude explicitly warned the younger generation, and in her talk, among other things, refers to the FPÖ leader, and chancellor candidate, Strache:

‘When Strache used the word ‘civil war,’ a cold shiver ran down my spine and I thought that shouldn’t even be mentioned, not even be thought of. I experienced a civil war as a seven year old and I’ve never forgotten it. It was the first time I saw dead bodies. Regrettably not the last. I’ve never forgotten it. It buried itself so deep in me that I’m still aware of it.’

So, did the tide of far right populism and party successes change? I am sceptical though.

The overall impression of different national societies looks polarised and grim; no candidate of the Austrian centre parties (ÖVP/ SPÖ) made it through to the presidential election in May. In the end we have the phenomenon of a stark rift between those who are rather left leaning and those opposing far right political positions. This was also evident with the BREXIT vote in the UK (having said that, it is primarily an English and Welsh majority pushing for the exit of the EU), and even more recently in the US.

Coming back to history; all of this might indicate the re-emergence of ‘irrationalism’. Yes, we’ve been here before, and as a post-Holocaust born German, I recall my philosophy teacher at school in the early 1980s. He taught us about this irrational period as part of the history of ideas; irrationalism framed ideologically the climate leading to the 1930s. It was about blood and soil mysticism (Heimat), Germanic Christianity and racial biology. It was anti-reason, anti-knowledge, anti-cosmopolitan, anti-Semitic, and institutionalised the worst of what humanity is capable of doing.

My own nightmarish haunting is based on the knowledge of history, sociological insights but also the frustration with different national and transnational elites, including academia, and mainstream (national) media that failed and fails to tackle the deeper roots of what white supremacy, middle class sense of entitlement, systemic poverty, metropolitan bubbles and structural social injustice does to our societies and visible minorities. Speaking of media, I found it annoying that mainstream BBC TV news (on Monday 5th of December) jumped on the Italy referendum outcome and ignored more or less the Austrian case. Well, it might be more ‘exciting’ to see the fall of the Italian PM, and argue things inevitably became worse in EUROPE (good to leave?). Not quite right; the last man falling might rise again.

Some months later and after the Brexit referendum outcome in Britain in June, the rise of xenophobic and racist hate crime on our doorsteps, and the more recent election of an explicitly racist, misogynistic and notoriously provoking US president in November, we should have taken in that the Zeitgeist has changed fundamentally, and howling with the wolves seems increasingly the ‘new normal’. This applies to media, too, playing often into the governing elites nationalist tunes. Mediacracy seems to have taken over public dialogue, political debate and any possibility of running democratic elections. The 7.1. Million Euro (for both campaigns) Van der Bellen spent for his campaigns do sound like peanuts to our US-fixated ears. Money and the funding of political campaigns are, however, at the centre of what we regard as contemporary media democracy.

What seems to be underrated, however – but is central to the success of far right politicians and parties – is the huge financial capital behind the current push to authoritarian, neo-nationalist and white supremacy Western regimes.

In a recent lecture, on 1st December, at Queen’s University Belfast, Professor Angelia Wilson from the University of Manchester, detailed and spelled out the long term US Christian Right strategies. Epitomised by the Koch brothers, for example, or by US Higher Education Institutions such as the Bob Jones University (not only TRUMP university), the US Christian far right is establishing their leaders, their educational institutions and shaping global media discourses while infiltrating (no, it is not conspiracy theory) domestic and international public spheres and societies.

The news of BREITBART planning to interfere in the next European elections is only the tip of the iceberg. And by the way, the US Christian right had decided to pump lots of money into Poland. Their idea: Brussels will be stopped in Warsaw. Does this ring a bell?

The featured image of Alexander Van Der Bellen has been used courtesy of a Creative Commons licence.