The Constitution Unit is leading a Working Group on Unification Referendums on the Island of Ireland. Alan Renwick, Conor Kelly, and Charlotte Kincaid outline the purposes of the group’s work and the kinds of questions that it is asking. 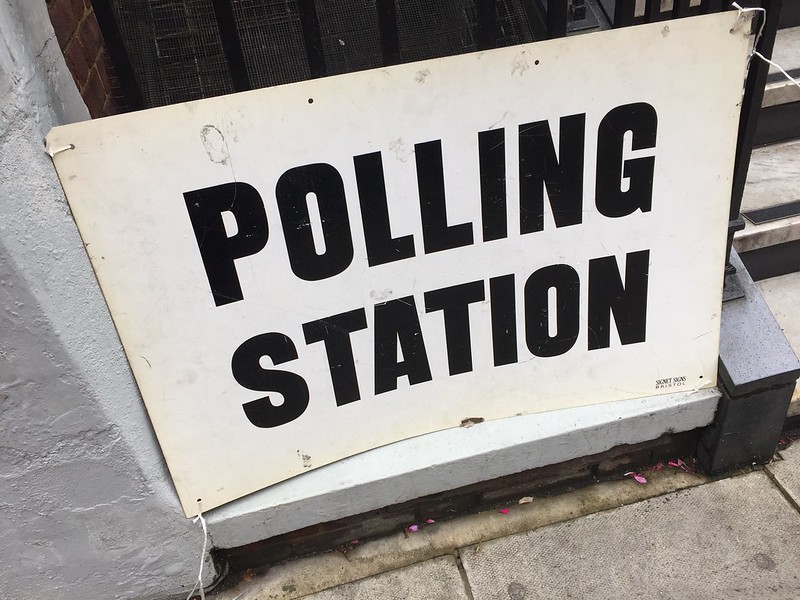 The Working Group on Unification Referendums on the Island of Ireland is examining how any future referendum on Northern Ireland’s constitutional future would best be run. Such a referendum – sometimes known as a ‘border poll’ – would decide (alongside a parallel process in the Republic of Ireland) whether Northern Ireland should remain part of the United Kingdom or become part of a united Ireland.

A referendum like this could occur in the future. Under the 1998 Belfast/Good Friday Agreement, the Secretary of State for Northern Ireland may call a poll at any time. He or she would be required to do so if at any time it appeared likely that a majority of those voting would back a united Ireland. Most of the evidence suggests that this is some way off. But there are also signs that the majority in favour of the existing Union may have weakened, and that trend may continue.

Yet, despite the possibility of a referendum, almost no thinking has been done about what the process would involve. The Working Group is seeking to fill that important gap. It takes no view on whether a referendum should happen or what the outcome of such a vote should be. But we think that planning for a referendum is important. Some people are eager for a vote in the coming years and will therefore no doubt be keen to discuss it. Others, we realise, view the prospect with great trepidation, and may not wish to give the idea undue prominence. We fully respect that. But we hope that even these people will see the value of planning ahead, just in case. Holding a vote without thinking through the process carefully in advance could be very destabilising, to the detriment of people across Northern Ireland.

What is the Working Group?

The Working Group comprises researchers based at universities in Belfast, Dublin, and London, as well as the United States, who are experts in politics, law, sociology, and history. It is independent of all governments and political parties and funded by two charitable bodies. Full details appear on the group’s page on the Unit website.

The Working Group’s focus is on how referendums on this issue in Northern Ireland and the Republic of Ireland would best be designed and conducted. This is important to try to ensure that the outcome would be accepted as fair and legitimate, whichever way the vote went.

Video introducing the Working Group and some of the questions it is asking.

The Working Group has been meeting since last November and has so far heard from a wide variety of experts, including politicians, former civil servants, journalists, academics, and others. Now we are keen to hear from individuals and civil society organisations throughout Northern Ireland. We want to learn about people’s views, concerns, and hopes regarding a possible referendum on Northern Ireland’s constitutional future. We hope to hear a wide range of perspectives, so we encourage organisations in Northern Ireland’s various communities and regions to share this survey with colleagues, friends, and neighbours. Consultation responses will be reflected in the final report, but individual responses will be anonymous.

What we are asking about

We are asking two kinds of questions in the consultation. First, we are interested in understanding how people in Northern Ireland feel about the possibility of a referendum. The survey therefore asks how people feel when they hear talk about such a vote, including hopes and fears they may hold about the future. We also ask what questions people would want answers to before any referendum were to take place.

Questions such as these require no prior expertise. We hope people from all walks of life in Northern Ireland will want to tell us their thoughts on them.

Second, the survey also lets respondents share any views they have on some of the more specific questions being addressed by the Working Group, including aspects of the referendum process that the law leaves unspecified.

Some such questions relate to the rules of the referendum in itself. For example, who should be able to vote in such a referendum? There are some fairly clear precedents, but there is no existing franchise for referendums set down in law. What would be the rules of the campaign, such as how much campaigners could spend and who could make donations? How would reliable information about the options be made available to voters, and how would any misinformation be tackled?

Another set of questions relates to how a referendum process would be triggered. How, in particular, would the Secretary of State determine whether the criteria set out in the Belfast/Good Friday Agreement had been met? For example, would he or she rely on opinion polls or would there need to be evidence from election results or some other source? What circumstances might lead the Secretary of State to use the discretionary power to call a referendum at any time?

And perhaps the biggest set of questions concerns how a referendum in Northern Ireland would fit into wider processes of discussion and decision-making. There would probably also be a referendum in the Republic of Ireland, so how would these votes be sequenced? Who would be involved in working out the form that a united Ireland would take? Would such work be left till after a referendum, so as to ascertain first whether a majority for the principle of unification existed, or would at least some of it take place beforehand? In the event that voters did back unification, how would transitional matters be agreed between the UK and Ireland? In the case of a vote to stay in the UK, would consideration be given to reforming Northern Ireland’s devolution settlement – just as Scotland’s settlement was revised after voters there rejected independence in 2014?  And how would civil society and the general public fit into these processes? Some of our research participants have already stressed the importance of this – suggesting, for example, the creation of a citizens’ assembly.

The Working Group would welcome the thoughts of anyone in Northern Ireland on these matters. The consultation also provides a space for respondents to let us know if there are any issues that they view as important that they group is not yet addressing.

The online survey can be accessed here will be open until 2 September. Should you have any questions regarding the consultation or the Working Group’s wider work, please feel free to contact us through the links at the bottom of this page.

The Working Group plans to release its interim report in October 2020, with a final report following in early 2021.

Readers can access the consultation survey by clicking here.

This article originally appeared on the Constitution Unit blog.

Posted by The Constitution Unit