Why researchers should get the same client confidentiality as doctors

Social scientists routinely promise confidentiality to participants in research but what happens when they are faced with demands to break this confidentiality? 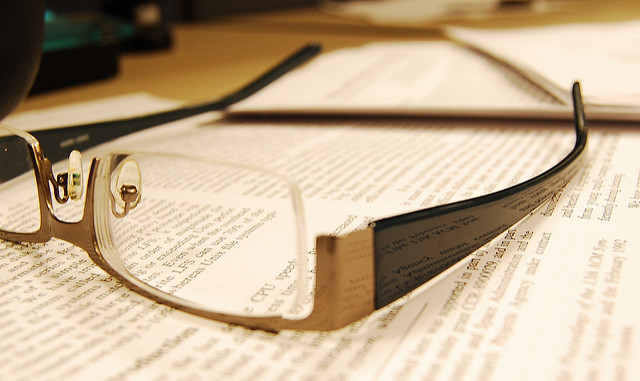 Social scientists routinely promise confidentiality to those who participate in their research. They tell participants that they will not inform anyone else about their involvement with the research or they will not reveal what they have said. This is done to encourage and ensure frank participation. But while ethics committees and review boards often mandate these promises of confidentiality, it is rare for such bodies, or universities, to speak up for researchers when they are faced with demands that they break confidentiality.

Take the ongoing struggle over the Boston College Tapes, for example. The tapes were the result of a project to create an oral history of the Troubles in Northern Ireland. In order to interview a number of former members of loyalist and republican paramilitaries about their involvement in the violence of the past, researchers promised that what was said would only be released posthumously.

Nevertheless, legal action taken by the Police Service of Northern Ireland could force Boston College – where the tapes are held – to release interviews with former IRA volunteer turned academic, Anthony McIntyre, who was also a lead researcher on the project. The PSNI says it wants the tapes in relation to the notorious 1972 IRA murder of Jean McConville. The subpoena is currently being challenged by McIntyre.

Arguably those involved ought to have made better provisions or recognised the limited nature of any guarantee they were in a position to offer. Nevertheless, it is common to provide research participants with such assurances, and those involved with this project were acting in good faith; like many researchers they believed the data they were collecting would be protected.

A comparable case now seems to be underway in Canada. As part of her doctoral research, Marie-Ève Maillé interviewed a large number of individuals affected by the construction of a wind farm in Arthabaska, Quebec. As is routine, those she spoke to were assured that their remarks would be kept confidential. When some of the area’s residents started legal action against the company constructing the farm, Maillé offered to appear as a expert witness. The company responded by requesting access to her research data – interview records and/or transcripts – and the judge in the case ruled in their favour.

It seems, then, that the promises routinely made by social scientists have little in the way of legal support. The same could arguably be said about confidentiality in medical practice. The difference is that the notion of confidentiality is supported and defended by professional bodies and, on that basis, it is widely recognised and respected. Nevertheless, a judge can order a healthcare professional to break a patient’s confidence, just as they can compel testimony from any other individual. There is no greater degree of legal protection; there is merely recognition that the confidentiality offered by healthcare professionals should not be compromised without good reason.

A similar approach should be taken in the case of social scientists. The reason that this is not currently the case is, I have argued, that we have failed to realise that the ethics of social scientific research is a form of professional ethics, and therefore comparable to the ethics espoused by other professionals, particularly those who work in healthcare.

The promise of confidentiality is not just a commitment made by particular individuals, but something collectively promised by the profession as a social institution. The trust we place in the probity of individual professionals is also directly linked to the confidence we have in the profession as a whole. If confidentiality is regularly compromised by legal order, then that confidence will rapidly be undermined.

A similar point can be made with regard to social science researchers. Promising confidentiality to research participants is a way of ensuring they are in a position to tell the truth, without reservation or fear of repercussions. For example, a social scientist who is conducting research on what it is like to work in a particular factory will get different responses if the confidentiality of their participants is assured as opposed to them thinking that their bosses will learn what they have to say.

Like the legal challenge currently being faced by Maillé, this example is less grandiose than that of the Boston College Tapes. Nevertheless, the larger point is the same: it would not be possible for researchers to do this kind of work were they unable to provide participants with assurances about the confidential nature of their contributions.

Confidentiality has a vital role to play in production of sound social scientific research. Of course, once it is promised, maintaining confidentiality becomes an important ethical commitment. Nevertheless, it is first and foremost a methodologically principle – something that is offered in the interests of good social science.

There is a distinct risk that promises of confidentiality are only viable when little is at stake and as soon as it matters, researchers will no longer be able to protect those who participated.

Writing about the challenges of conducting research in peace and conflict studies, John Brewer, an ex-president of the British Sociological Association, suggested that researchers forge a covenant with their research participants. It is a good suggestion, but such a covenant is not a matter for researchers alone.

It will need to be given the same level of respect accorded to the ethical commitments healthcare professionals offer to their patients. In medical practice, confidentiality is not inviolable, but it is rarely transgressed without a high justificatory bar being met. The same kind of standard should be applied to social science researchers.

Fresh Eyes: How Stakeholder Involvement Helps Get More From Your Data