Rise and fall in the Third Reich: Nazi party members and social advancement

Understanding how the Nazi party emerged and came to power can give an insight into how extremist organisations form. Dr Alan de Bromhead argues that we need to think beyond pure ideology when it comes to motivations for joining extremist groups and look at economic and social factors too. 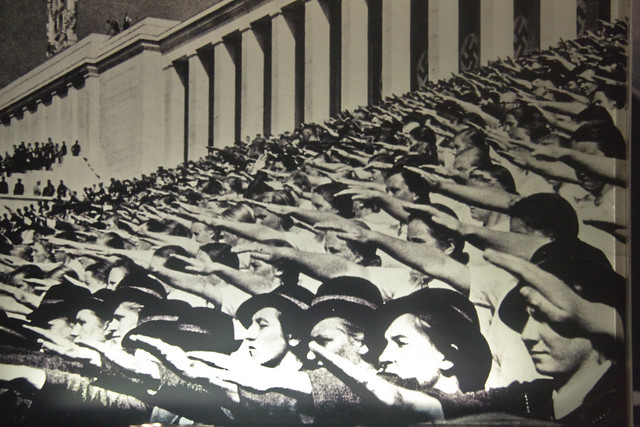 When people look to the past to try and make sense of the economic and political upheaval of the years since the 2008 financial crisis, they are regularly drawn to the events in the two decades running up to World War II. On the surface, the parallels are striking. The aftermath of a global economic crisis – the Great Depression – witnessed the rise of extreme political groups and a rejection of the previous liberal economic order in favour of nationalist and authoritarian policies.

Of course, history is not destiny and we should always be cautious about going too far in drawing comparisons with the past. The past is, as L.P. Hartley put it, a foreign country. But can we learn anything from the extremism of the 1930s? More specifically, can we understand how extremist groups emerged and developed and what kind of people became members?

Understanding what motivated millions of ordinary Germans to support the Nazi party (NSDAP) has been the goal of historians and political scientists for decades. Studies that highlight their popularity among certain social classes are probably the most venerable and persistent. And the sociologist Seymour Lipset was among the first to describe the typical Nazi voter in 1932 as:

A middle-class self-employed Protestant who lived either on a farm or in a small community, and who had previously voted for a centrist or regionalist political party strongly opposed to the power and influence of big business and big labour.

Others, such as American historian William Brustein, have tried to rationalise support for the Nazi party by highlighting economic self-interest. Individuals whose material interests were aligned with the party’s platform would be more likely to become members.