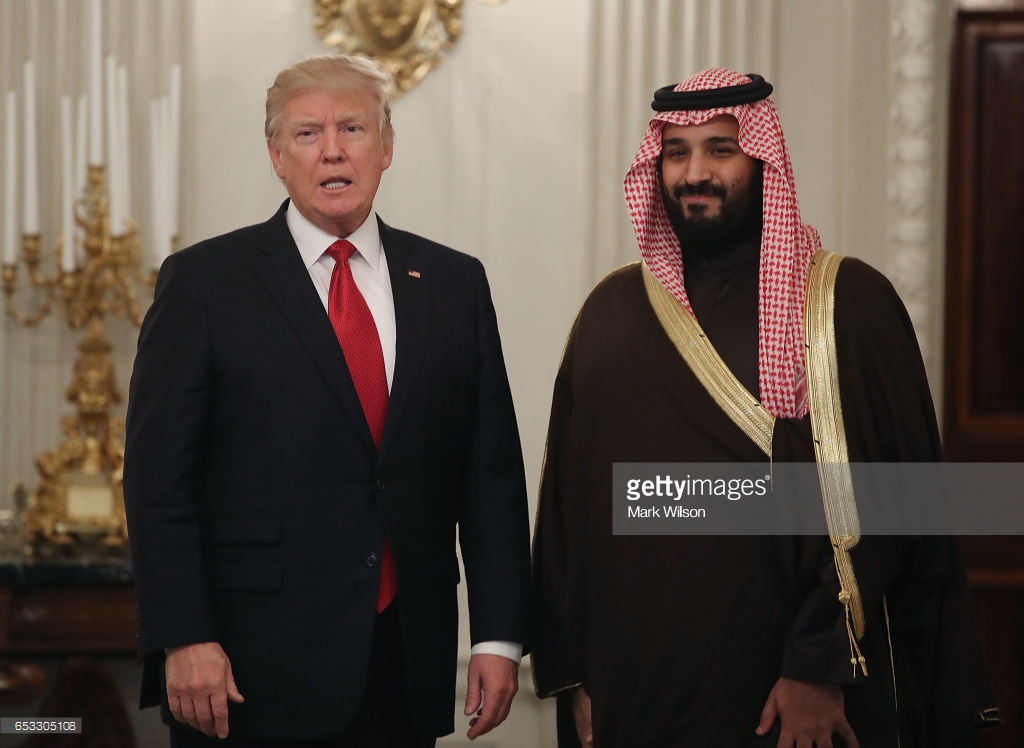 The crisis that erupted between a Saudi-led bloc of Arab states and Qatar led to the tiny Emirate facing an attack on them that was unprecedented. A full year later, the crisis is still unresolved. Read against the wider exigencies of US interests in the Gulf, the crisis has also highlighted profound weaknesses in Donald Trump’s approach to global politics.

From the onset of the crisis, the Saudi-led bloc cut diplomatic ties and hit Qatar with embargoes, including air land and maritime restrictions. They also deployed bot-fuelled hashtags and social media attacks. It was clear that the Saudis and their allies were not only targeting Qatar’s leadership, but also its institutions, citizens and residents.

The Saudi-led bloc confronted Qatar with 13 demands, mostly focused on curtailing the Qatari approach to foreign policy, counter-terrorism and media freedom. When leaders in Doha refused to succumb, they were instead given six broad principles to abide by. The overall objective was clear: to achieve Qatar’s capitulation without making any concessions.

The Arab Gulf can ill afford such a crisis. Already coping with the demands of fragile states such as Yemen and Iraq as well as ongoing challenges posed by radical jihadist insurgents, there had been evident rapprochement and unity among the GCC states, Qatar included. And in the wake of the Arab Spring, the Gulf’s rattled monarchies had attempted to align themselves more closely, especially against Iran, even if this meant accepting Saudi Arabia’s aspirations to regional supremacy.

In this climate of apparent pragmatism, the move against Qatar blindsided observers. It also forced governments and security analysts to reassess the motivations of the Gulf’s leaders – especially the Saudi crown prince, Mohammed bin Salman – and the implications of the Trump presidency. Indeed, in the early months of the crisis, more and more observers became convinced that Donald Trump had personally played a part in encouraging the move against Qatar.

Trump may have thought that by siding against Qatar he was building influence and promoting US national security policy interests in the Middle East. He was wrong; instead, his approach to the crisis has only left the US more open to exploitation by foreign interests including the very Gulf actors he considers his friends.

Trump attempted to set the policy on the move against Qatar and all but declare it a terrorist state. This signalled a view radically at odds with his own Department of Defence and the State Department, both of which consider Qatar an essential ally  Qatar, for example, is the leading regional security host for the US air forces.

The upshot is that for a full year now, it’s been impossible to have full confidence in the US’s ability to effectively mediate and help resolve the crisis. From the start, the White House has failed to fully understand its own interests in the region and has been vulnerable to the machinations of others. The knock on effects on the wider region have cost the US dearly, in particular the actions of an emboldened Iran, which has sought to exploit the crisis and drive a deeper wedge between the Gulf’s Arab states.

But there may be hope for US interests yet. Since the late spring of 2018, there have been signs that the Trump administration is issuing something of a course correction. This is probably a matter of pure strategic self-interest; it seems to have been impressed upon Trump that he badly needs a united GCC to back him up in his anti-Iranian policies – not least his withdrawal from the Iranian nuclear deal and the ensuing sanctions he will enforce against Tehran.

The president might just be listening to his new secretary of state, Mike Pompeo, who has unequivocally stated that it’s time for the Saudis to resolve the crisis and help preserve American interests in the Gulf. But Pompeo faces a huge test: to pull the US out of full-blown incoherence and return it to strategic competence, all under the leadership of a dramatically unpredictable president – and to do so while a resurgent Iran pushes its luck in a region roiled by conflict and divided by deep enmity.

The roots of Trump’s “travel ban”