In light of the historical close ties between Scotland and Northern Ireland, Professor Graham Walker looks at how "The Troubles" were viewed in Scotland. 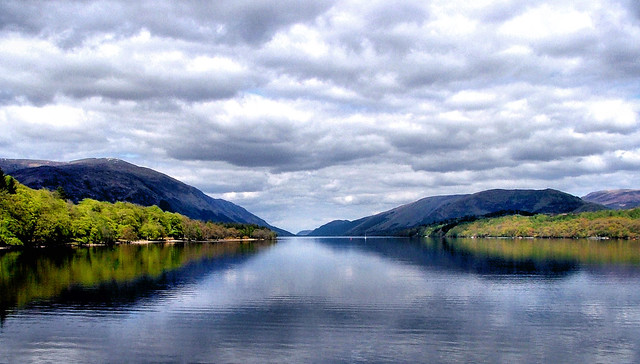 The relationship between Ulster and Scotland, as has often been noted, is one of striking historical intimacy. Over the centuries a variety of social, economic and cultural connections have been forged around religion (especially Presbyterianism), trade and industry, language, literature, music and sport. There have been significant population movements between the two places, most notably from Scotland to Ulster in the 17th century, and the reverse flow during the 19th century.

In the light of such close ties of ‘kith and kin’, there was thus much anxiety in Scotland when the ‘troubles’ broke out in Northern Ireland fifty years ago. Religious tensions in west-central Scotland and the ‘Orange and Green’ character of much popular culture seemed to hold the potential for discord to spill over. Indeed, in the week of 11th August, as trouble spread from Derry/Londonderry to Belfast, armed guards were placed on army camps and munitions stores in Scotland after reports that ‘certain factions’ were planning to steal weapons and ship them across the North Channel.

Perhaps crucially there was little will in Scotland to politicise the Northern Ireland situation. By the 1960s, Scotland’s political development stood in stark contrast to that of its neighbour. Scotland shared in the left-right politics of the British mainland based on divisions around social class while the politics of Northern Ireland had remained frozen in a sectarian mould since its inception as a political entity in 1921. In Scotland the Conservatives, popularly known as ‘Unionists’ – the Union in question being the Irish rather than the Scottish one – until an official name change in 1965, showed no interest in playing the sectarian card as had once been the case.

The Scottish National Party ((SNP), enjoying its first flush of electoral success in the late 1960s, had no wish to see its cause linked to political violence or tribalism. Moreover, the Labour Party, then the leading political force in the country, wanted nothing to disrupt the cross-community working class support base it had painstakingly constructed around issues of housing, employment, wages and living conditions. Although there had been significant political links between Ulster and Scotland in the past, there was little of a formal and active kind by the 1960s. In Scotland too there was much more in the way of residential and workplace mixing and intermarriage than in Northern Ireland.

In March 1971 the Provisional IRA murdered three young off-duty Scottish soldiers, the first Scottish casualties of the conflict. This was a moment when Scotland held its breath. There was, initially, shock, outrage and anger but, very quickly, civic leadership – in the form of local politicians, churchmen and trade unionists – asserted itself to restore calm and to warn people of the dangers of Scotland going down the same road of sectarian strife. Sympathizers for the respective sides in Northern Ireland were kept to the margins of public debate, and active supporters of Loyalist and Republican paramilitaries effectively driven underground.

There was considerable fund-raising carried out in Scotland for paramilitary groups over the course of the ‘troubles’, and episodes of attempted gun-running and a smattering of pub bombings in Glasgow which mercifully resulted in no lives being lost. Songs and chants in solidarity with the respective causes rang out at Ibrox (home of Rangers) and Parkhead (Celtic’s stadium). There were ‘safe houses’ and clandestine operations on Scottish soil. Nevertheless, Scotland avoided the traumatic effects of, for example, the IRA’s mainland campaign of the 1970s and 80s.

Perhaps the price of Scotland remaining relatively undisturbed was the degree to which the country was also posted missing in debates and deliberations over the Northern Ireland problem and the prospects of finding a solution. There was no Scottish ministerial presence in the Northern Ireland Office after the imposition of Direct Rule in 1972 until the much more promising political context of the 1990s. In 1985, following the signing of the revealingly named ‘Anglo-Irish Agreement’, a Glasgow Labour MP, Hugh Brown, acknowledged in the House of Commons that Scotland’s voice in the debate had not been heard, and that this was all the more regrettable given that Scotland was the part of Britain with most in common with Northern Ireland and best able to comprehend the complexities of the problem.

It may also have been the case that fear of importing Northern Ireland’s woes prevented Scots from addressing the sectarian tensions in their own midst. It is perhaps no coincidence that public discussion of this issue took off in Scotland just as the ‘peace process’ kicked in and the Belfast/Good Friday Agreement was reached.

It can also be hazarded that many Scots ‘internalized’ feelings about developments in Northern Ireland across the decades – anger regarding paramilitary atrocities; concern over the British State’s handling of the crisis – and that such feelings might have found an outlet, eventually, in the controversies over sectarianism in Scotland that have been a signal feature of public and political life since the end of last century. If this has happened, it may have further complicated the phenomenon of sectarian divisions in contemporary Scotland.

It is worth noting, however, that the new Scottish political class in the era of devolution, and the Scottish media, are not disposed to explore the Irish and Ulster dimensions to the sectarianism question in Scotland. Something of the old fear of ‘contamination’ seems to linger on. Yet it can be argued that the Ulster and Irish influences on the identities of certain communities in Scotland are very much part of the overall picture and have merged, if ambiguously, with the energies and emotions surrounding the current pre-occupation with the question of Scottish independence and the future of the UK Union.