Burying our heads in the sand? Social care in Northern Ireland

In light of the recent dementia tax debacle, Dr Paula Devine and Professor Ann Marie Gray from the Ark project highlight the need for a fundamental reform of social care policy in Northern Ireland. 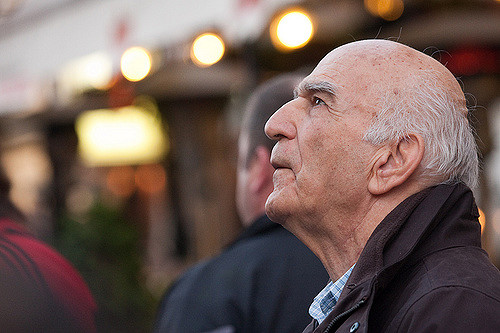 Social care is consistently a topic of public and policy debate.  This was very evident during the Westminster election campaign in May 2017, with the reaction to the inclusion of the ‘dementia tax’ in the Conservative Party Manifesto. There are similar challenges across the UK including growing demand for care whilst budgets are being tightened. For the public, used to a health service that is free at the point of use, there are problems trying to understand a complex means-tested social care system.

While structural integration of health and social care has existed in Northern Ireland since the 1970s, social care has been subsumed by a much more dominant health system. Major reviews of the system have focused largely on acute health care. Most recently, the  Transforming Your Care report, the Donaldson Review, and the report of an expert panel chaired by Professor Bengoa all acknowledged the centrality of the social care system to future models of care.  Nevertheless, none contained details of what a future system of social care should look like.  A review panel looking specifically at adult social care established by the Minister for Health  was due to report in April 2017. Interestingly, following the restructuring of government departments in 2016, the phrase ‘social services’ has disappeared from the name of the relevant department (Department of Health).

A factor of key importance to reform of public services is public acceptability. The 2015 Northern Ireland Life and Times (NILT) Survey asked around 1200 adults about their views on key social issues, include social care. This blog summaries the key findings of our Research Update No Change: Northern Ireland Attitudes and Social Care Policy

The NILT survey showed some knowledge of the current system of funding long term care.  A particularly controversial, and confusing, aspect of the social care system has been the means testing of residential and nursing home care.  Currently in Northern Ireland, England and Wales, if your savings and assets total less than £23,250 you are not expected to pay anything towards the cost of your care. If residential care is required, then a person’s house is included in the calculation of assets; if a person is cared for at home, it is not. In Scotland, personal care is free for those assessed as needing it.

NILT respondents are aware that a contribution may have to be made towards the cost of long term care. Seven out of ten agreed with the statement ‘You have to pay some of the costs and it’s usually quite a lot unless you have a very low income and only a small amount of savings’. Those aged between 45 and 64 years were most likely to be aware of the costs of care, perhaps because they are thinking of their own future, or organising care for their parents. There was strong opposition to the statement that everyone should have to pay for their care even if this means selling their home with 75% of respondents viewing this as unfair.  The most popular option was for care to be provided free at the point of use, paid for by a special tax over the person’s lifetime.

Preparing for the future

Despite the knowledge that a contribution may have to be made towards the cost, there was little evidence that people have considered how they might fund their own care or support needs as they get older: one half of respondents said that they hadn’t really thought about it.  Only 17% per cent have explicitly done something to pay for their future care needs (such as saving money, or buying property).  As might be expected, younger respondents were least likely to have made any such plans: three quarters of those aged 18-24 years have not thought about it.

There was some variation in future planning for future care, according to the household income of respondents.  In particular, respondents with the highest annual household incomes (£46,800 or more per year) were most likely to save money that could be used to fund future care (30%), whilst those with lowest income (less than £16,640 per year) were most likely to expect their family to care for such care (10%) or to say that they cannot afford to make such plans.  Nevertheless, the proportion saying that they have not really thought about it was similar across all income groups.

Despite evidence that social care systems across the UK are under pressure and, as the NILT data shows, there is little public support for current funding policy, governments have not proposed radical policy change.  In England, the recommendations of the 2011 Dilnot Inquiry, including a higher threshold and a cap on costs, were accepted by the Conservative party, but their implementation was very quickly deferred to 2020.  The new proposals put forward in the Conservative Party Manifesto in May 2017 suggested a marked departure from the Dilnot proposals – abandoning the ceiling and proposing that the value of a person’s house should also be be taken into account for care provided at home.  The absence of these manifesto proposals from the Queen’s speech on 21 June is indicative of the backlash against them, but also that, once again, other policy areas are accorded greater priority.

There can be little argument that fundamental reform of social care policy is required. Fundamentally, as shown by the Northern Ireland public’s views on the funding of care, a key issue is that while health care is free at the point of use, social care is needs- and means-tested. The two services have been treated very differently in terms of policy priority and public funding. Yet it is becoming increasingly clear that unless social care issues are tackled, planned major restructuring of health services will have limited success.  Sadly, the NILT data suggest that that both the public and policymakers are still burying their heads in the sand.

Article first appeared on the British Society of Gerentology blog.

WMy brother in law took ill almost 5 weeks ago, the family have not been informed on his condition, until now.
The Authorities only appear to want/need to get him out of their care and have an empty bed.
If he goes home to the care of his 65 year old wife will there be sufficient help and support for them both? If he is to go into a care home how does the family pay the circa £800 per week and more for his care. Do they have to pay all this from any money they have saved and from the sale of their home. Where would everyone then live, or get a house? Please help, I now live in Manchester and do not claim to have the current situation and do not want to give wrong information.