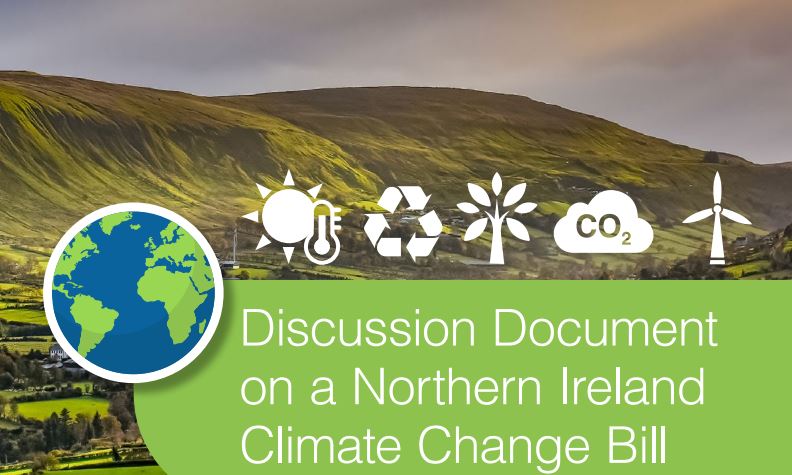 This is my sixth letter urging our DAERA Minister to introduce a Climate Change Act in NI. My words to date have been imbued with an underlying tone of urgency and frustration.

The aim of this strategy was to force the Minister to act now. I was naïve to believe this level of change could happen overnight, as the old proverb goes, “You can lead a horse to water, but you can’t make him/her drink”.

Like me, the Minister is a human being, with his own characteristics and I now want to honour that by trusting him to do his job. I want to take President Eisenhower’s approach, “Leadership is the art of getting someone to do something you want done because he/she wants to do it”.

Under the Minister’s guidance, the DAERA Climate Change team have opened a public consultation on a Climate Change Act for Northern Ireland until 1st February 2021. We have all been given the opportunity to have our say in our future, a government involving the people, a democracy. I was pleasantly surprised to read the Minister’s foreword:

“NI is not immune to impacts of Climate Change, it is essential we adopt a sustainable approach working towards making businesses and society more resilient, sustainable and resource efficient. The outcome will help deliver a resilient recovery through greener, low carbon and circular economy.

Crucially, the Minister continues to state,

I know a private members’ bill was submitted back in October 2020, but the Minister is determined to introduce his own evidence-based bill. As a natural leader myself, I understand this, he wants to leave his own legacy. I will now step back and allow the Minister to do his job and I will do mine. I believe our paths will cross in the future as my Geothermal Energy research develops into a viable low carbon option to meet the targets the act will set out. I too would like to leave a legacy for my son.

I have one final closing challenge to the Minister. Your writing has inspired me, but that is only words on a page. Why not come out into the public and let your words inspire this nation? Speak passionately on the national news about the opportunity this evidence gathering consultation presents the people of Northern Ireland. As the Bible teaches us:

“Words satisfy the soul as food satisfies the stomach; the right words on a person’s lips bring satisfaction”. Proverbs 18:20.

For anyone interested in having their say you can see the consultation here.