Church, state and women’s healthcare in the Republic of Ireland

Dr Marie Coleman looks at the controversy in Dublin over the ownership of the proposed new maternity hospital and asks why the Irish state is reluctant to assume responsibility for providing healthcare for its citizens. 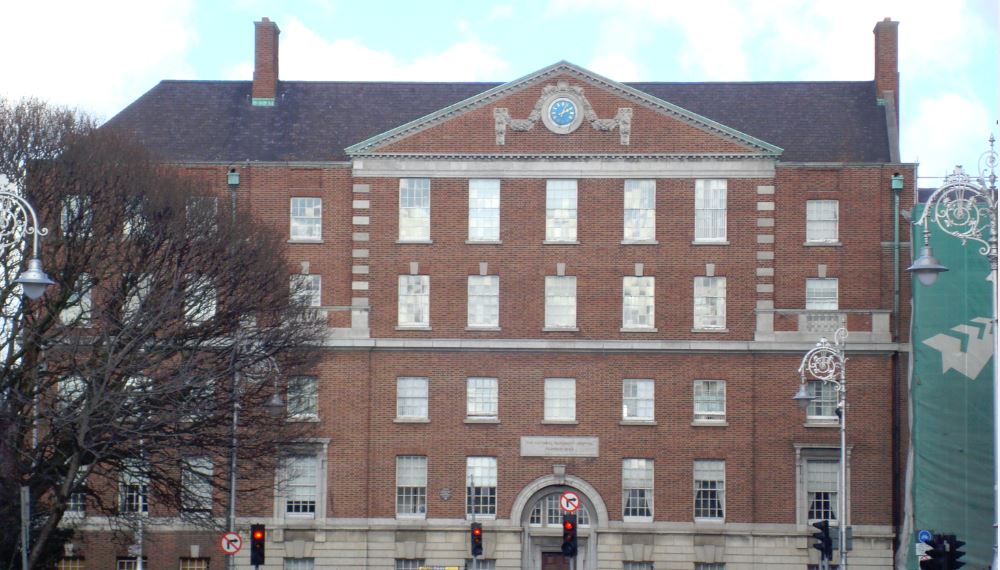 A controversy has broken out in Dublin over the ownership of a proposed new maternity hospital at St Vincent’s University Hospital.  The government is planning to rebuild the National Maternity Hospital, based in inadequate accommodation in a Georgian building in Holles Street, on a new site in the grounds of St Vincent’s. As the land is owned by the Sisters of Charity they were intended to be the owners and to have a significant presence on the governing body.

Opposition to such a role for the religious order is led by a former master of the hospital, Dr Peter Boylan, who has raised concerns that a Catholic ethos could prevent the hospital from prescribing contraception and undertaking procedures including IVF, sterilisation and abortion (which is at present only permitted in extremely restrictive circumstances where a mother’s life is in danger).

Boylan’s stance has significant public support. To date over 100,000 people have signed an online petition objecting to the role of the Sisters of Charity on the grounds that the 2009 Ryan report into institutional abuse in residential institutions was highly critical of the order’s management of Magdalene laundries for unmarried mothers. The order still owes €3 million in redress to survivors.

The episode raises the question of why the Irish state is reluctant to assume full responsibility for providing healthcare for its citizens? The answer is to be found in the history of Irish hospital management in the past two centuries.

Between the establishment of Ireland’s first voluntary hospital in 1718, and the initiation of an extensive public hospital building programme by Fianna Fáil in the 1930s, most Irish hospitals were established and managed by voluntary boards of management. ‘Voluntary’ was a euphemism for ‘religious’ as the hospitals established in Dublin in the eighteenth century were under Protestant management, while in the nineteenth century Catholic religious orders established their own institutions. The few exceptions were the poor law hospitals.

At the foundation of the new state in the early 1920s these voluntary hospitals were faced with a serious funding crisis that threatened their continued existence. Hospital care had become increasingly popular and expensive as new discoveries and developments in treatment were made. Much of the hospitals’ income relied on interest from their endowments but the impact of inflation during the First World War had reduced greatly the value of these and the subsequent dividends accruing to the hospitals.

The hospitals needed a new source of income to survive. The financially straitened new Irish Free State government baulked at the prospect of underwriting them. Likewise, the governors of the hospitals, both Protestant and Catholic, recoiled from the prospect of state interference that would surely be the corollary of such an undertaking.

Echoing the current controversy, the problems of overcrowding and unsuitable accommodation in the National Maternity Hospital were at the heart of the crisis. The prospect of its closure led to the establishment of the Irish Hospitals Sweepstake in 1930, which for the next two decades would allow the government to channel the proceeds of gambling to the hospitals with a noticeable improvement in facilities and massive extension of public hospital provision outside Dublin.

The advent of the sweepstake diluted the monopoly of the voluntary hospitals. While the state did not provide the revenue directly from the exchequer it governed the expenditure of the sweepstake grants through the Hospitals Trust Fund and the Hospitals Commission, in the process demanding a greater say in the nature of hospital provision.

The new role of the state confirmed the voluntary hospitals’ worst fears about state interference and they fought a prolonged rear-guard action to stave off the inevitable consequences of taking the state’s shilling. In the 1930s and 1940s the Sisters of Charity successfully delayed ambitious plans to close St Vincent’s on St Stephen’s Green and build a new general hospital for south Dublin, with the effect that the status of St Vincent’s was secured and plans for the new hospital, first mooted in 1936, did not come to fruition until 1970.

While the current controversy has ignited debates about the relationship between church and state with an exclusive focus on Catholicism, it should be remembered that maintaining the voluntary status of hospitals and keeping the state at a safe distance was a priority for Protestant-run hospitals also. A small and decreasing minority in the new state, the maintenance of separate Protestant schools and hospitals was seen as central to protecting and defending Protestant identity.

In the late 1940s the minister for health, Dr Noël Browne, initiated an extensive hospital building programme that not even the munificence of the sweepstake could sustain. As a result, by the end of the 1950s Irish hospitals were effectively funded by the state, with sweepstake income relegated to reducing operating deficits. Irish hospitals had been nationalised from a funding if not a management perspective.

The historic refusal of the state to assume full control of hospitals resulted from the dual reluctance to assume the financial burden or to engage in a tussle for control with the religious orders and voluntary boards of management who had run the hospitals since their foundation. The financial consideration ceased to be a factor in the middle of the last century. This suggests that deference to vested interests was the principal explanation for the suggested management and ownership structure of the new National Maternity Hospital.

The public outcry against the influence of the Sisters of Charity in the new hospital is a sign that the public no longer shares such a deferential attitude and will force the government to change its stance. It now appears likely that a compromise solution, such as offering the land to the state on a long-term lease, will be reached so that the new hospital will be free of religious control, offering further evidence of the declining influence of the Roman Catholic Church in Irish society.

The featured image of the National Maternity Hospital in Dublin has been used courtesy of a Creative Commons licence.