State of Stormont: can Northern Ireland trust in Truss?

As Liz Truss takes on the Brexit portfolio, Dr Peter McLoughlin asks whether she will finally reach an accommodation with the EU that resolves the issue of the protocol and other outstanding matters. 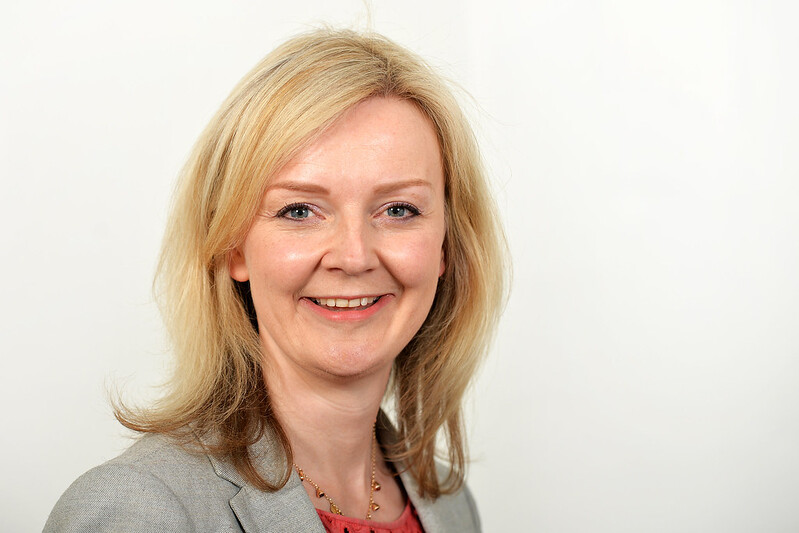 The new year in Northern Ireland has opened much the same as the last, with DUP First Minister Paul Givan warning that Stormont’s collapse is “inevitable” unless changes are made to post-Brexit regulations for the region. When the Northern Ireland protocol came into force in January 2021, it created new checks on goods arriving from Great Britain. This triggered protests from unionists, who felt the arrangements separated them from the rest of the UK, and undermined the union. The resulting turmoil led to three unionist party leaders resigning in 2021.

Jeffrey Donaldson emerged from this chaos as the latest DUP leader, and sought to establish order and his authority by, ironically, threatening more disorder. He vowed to withdraw from Stormont unless swift progress was made in ongoing EU-UK talks over the protocol. Many commentators read this as Donaldson simply “talking tough” to win back voters that polls showed were deserting the DUP over its flawed handling of the Brexit process. Speaking in September, Donaldson implied that he would act on his threat within a matter of weeks. Many weeks have since passed, and so Givan’s more recent comments appear to be political posturing – providing a substitute for risky action.

Meanwhile in UK-EU talks, Brussels has offered significant compromise on the operation of the protocol, but with no reciprocal shift from London. Indeed, the government’s lead negotiator, Lord Frost, actually escalated British demands by insisting that the European Court of Justice (ECJ) no longer has any oversight in Northern Ireland. This was a red line issue for the EU in terms of assuring the integrity of any agreement.

Before Christmas, there were signs that London was backing away from its demands on the ECJ, followed by Frost’s unexpected resignation. He cited wider concerns about the direction of government policy, including over COVID, as the cause of his departure, but it seemed that Frost was simply unwilling to sully his reputation as “Mr Brexit” by overseeing any retreat on the protocol.

Boris Johnson then made a possibly shrewd move by passing Frost’s portfolio over to Foreign Secretary Liz Truss, a prospective rival for the leadership of the Tory party. By making Truss carry the can for an eventual compromise with Brussels, Johnson could now concentrate on restoring his battered authority. However, Truss may decide to follow Johnson’s past example, playing hardball on Brexit to win the Tory right and the keys to No. 10. This probably explains the DUP’s recent return to sabre-rattling on the protocol, as it tries to influence the path that Truss takes.

The DUP is also positioning itself with a view to the May elections at Stormont. Recent polls suggest that Sinn Féin will win the most seats -– a hammer blow to unionists. The sense that Brexit is edging Northern Ireland out of the union and towards a united Ireland would be greatly enhanced by Sinn Féin becoming the leading party in Northern Ireland. Polls in the Republic of Ireland suggest that Sinn Féin is on course to win the next election there, too.

This explains why the DUP is so desperate to rally despondent unionist voters, showing that it is standing firm on the protocol, and can influence the outcome of UK-EU talks. The party’s fate, therefore, is in Truss’s hands. If she refuses to compromise with Brussels, she will undoubtedly win support on the Tory right. But Truss may also have noted the limited appetite among the wider electorate for continual wrangling with the EU.

Truss’s reputation has suffered damage from recent revelations of fine dining at the taxpayers’ expense in a private members club. However, she might try to spin this to her advantage. Truss’s expensive lunch was a work event, and as then Trade secretary, she would stress that she was hosting officials from the UK’s largest trading partner, the US.

Despite supporting the Remain campaign, Truss has become the Brexiteers’ latest darling by negotiating a series of new trade deals. But a US-UK trade arrangement is the prize that Brexiteers most desire, and here difficulties with Northern Ireland have not helped. President Biden, a proud Irish-American, has consistently made clear his concern that ongoing disputes over the protocol threaten the Good Friday Agreement.

Perhaps Truss will articulate her own version of “Getting Brexit done” –- finally reaching an accommodation with the EU that resolves the issue of the protocol and other outstanding matters. This could be sold to Brexiteers on the basis that it allows the UK to move on to greater things, not least negotiating a US trade deal, with the Biden administration assured that there is no longer a threat to peace in Northern Ireland. Or will Truss decide that what worked for Johnson will work for her, and that the support of Tory backbenchers is all that matters in terms of advancing a leadership bid?

Whatever choice Truss makes, it will certainly have particular repercussions for Northern Ireland, and especially the DUP. However, what is also clear is that running Northern Ireland according to the whims of the DUP or Tory right, does not lead to political stability or longevity of leadership.