Storm of Elections: A Shift or Sign of Further Turbulence for Northern Ireland?

As polling continues in today's European Parliament elections, Dr Drew Mikhael asks if Northern Ireland is in the midst of a shift away from its traditional binary political divide? 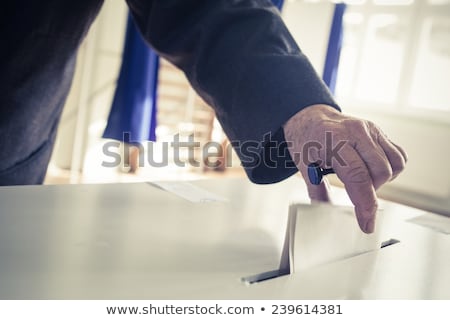 The local elections across the United Kingdom marked a noticeable voting shift with the Tories and Labour losing significant ground to Liberal Democrats and Green party. The results were a hammer-blow to the continued failure of the Brexit process further undermining an already weakened mandate to govern for Teresa May. Mainland UK was not the only place to experience political intrigue in council elections as a Northern Ireland is seemingly in the midst of a paradigm shift away from binary political divide that has characterised by the Protestant/Unionist/Loyalist (PUL) and Catholic/Nationalist/Republican (CNR) parties.

The two largest parties suffered blows with the Democratic Unionist Party (DUP) losing eight council seats and the Sinn Fein, while maintaining the same number of seats, lost first preference votes as well losing seats in electoral strongholds in Derry and Strabane. The losses were considered ‘surprising’ and coupled with significant gains made by the non-PUL/CNR aligned parties such as the Alliance and Green as well as independent candidates has sparked widespread conversation that a shift from ‘tribal politics’ that has characterised Northern Ireland is underway.

With a polity and social landscape as divisive as Northern Ireland, it is tempting to see these types of shifts, no matter the size, away from non-PUL/CNR parties as a positive indication of future voting patterns, however contextualising the results points to important factors that have led to result. Firstly, important impact on the voting patterns is the continuing fallout from stemming from party talks over the Irish Language act and other key issues that has created a constitutional barrier that has led to the failure for Northern Ireland’s devolved government to assemble in the last two and half years.

Frustrations came to a head last month when the death of journalist and activist Lyra McKee made international news and resulted from significant public outcry, encapsulated by Father Magill, who was proceeding her funeral, made an impassioned plea to the political class who were attendance to start talking to one another. Beginning yesterday, talks began and while that process is ongoing, parties are preparing for the upcoming European elections which should see a competitive race for one of the three seats allotted to the province.

The European election can be seen as a litmus test on just how far the province has moved away from the PUL/CNR politics in the wake of the local elections, as Northern Ireland has always elected a Unionist or Nationalist candidate. Furthermore, the election, takes on extra significance for Northern Ireland, which voted 55% to remain within the European Union (EU) and concern over the potential loss of further funding from the EU PEACE programme. In the field are non-PUL/CNR candidates who are strongly committed to either remaining in the EU, establishing a special status for the province or at securing a people’s vote to decide the issue like Party leaders of the Alliance Naomi Long and Green Party Clare Bailey as well as independent candidates like former Women’s Coalition assembly member Jane Morrice.

The damoclean sword still hangs over the process in the form of a (currently unlikely) Brexit deal being agreed upon before June 30. In the scenario that a deal is agreed after the May 23 elections, and before the 30 June Brexit deadline, the candidates would only sit for one month. Voter apathy towards such circumstances can be excepted, more so in light of the Brexit fatigue shared by the entire UK, however for Northern Ireland, the European election another chance to confirm the provinces overall direction towards Remain and to confirm the role of the EU as an external guarantor for the continuing peace process.

Just as importantly, the election provides another opportunely for voters in Northern Ireland to confirm a growing preference for the parties that bridge the divided society. While anticipating the turn-out for 23 May will be difficult, it is clear that if Northern Ireland’s major parties fail in talks to restart the devolved government, those setbacks may further push voters to register their continued anger at the ballot box.

The featured image has been used courtesy a Creative Commons license.