Sturgeon at the Seanad

Professor Graham Walker looks back over Nicola Sturgeon's recent visit to the Seanad in Dublin as part of a two-day visit to Ireland aimed at strengthening economic links between the two countries. 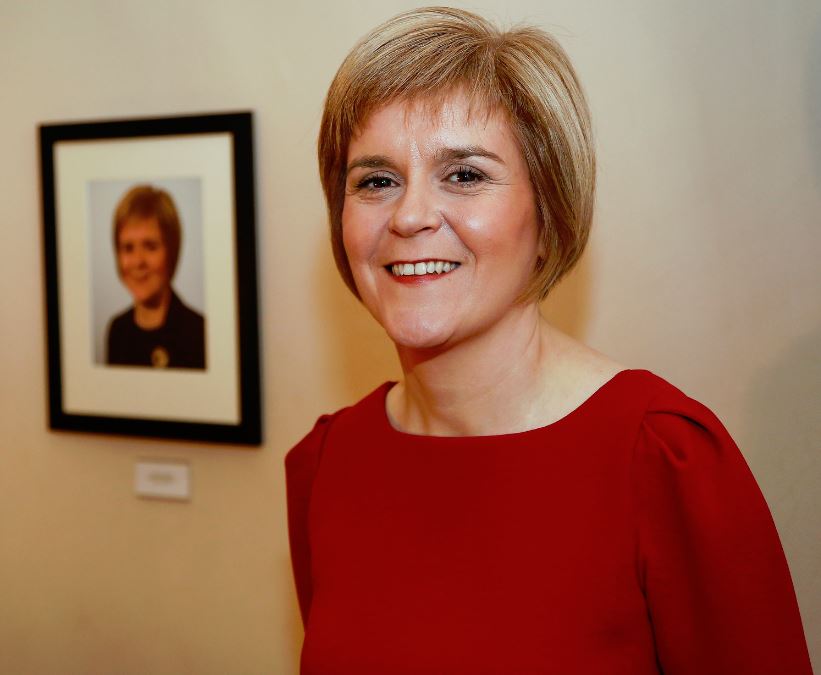 Scotland’s First Minister Nicola Sturgeon enjoyed a rapturous reception when she recently visited the Seanad in Dublin. She emphasised quite rightly the deep historical and contemporary connections between Scotland and Ireland, and she made concrete her support for an open border in Ireland following the UK’s likely departure from the EU.

Strengthening relationships with the Republic of Ireland is eminently of a piece with Sturgeon’s determination to pressure the London government into conceding a special status for Scotland in the ‘Brexit’ negotiations. Sturgeon undoubtedly can see in the Republic of Ireland a glimpse of the vision she has for her own country: a small independent State firmly within the broader support structure of the EU.

There was much vocal encouragement given to Sturgeon by the Irish Senators on the matter of achieving Scottish independence, although precious little of it seemed very well informed of the actual political difficulties the SNP leader faces around this particular task. It would, for instance, be unwise to assume that by voting for independence in a second referendum following a hard and uncompromising ‘Brexit’, Scotland could simply walk back into the EU as a new State.

Equally, it is unlikely, in the light of the current condition of the oil industry, that Scotland could face the prospect of independence without severe economic constraints, and these could well be enough by themselves to deny the pro-independence side victory in a second referendum. Somewhat ironically, too, the prospect of a hard border between Scotland (if she were able to join the EU) and the rest of Britain could sway many against the independence option. These are the realities the Irish Senators were ignoring; however, a canny operator like Sturgeon will not be plunging ahead in the way they appeared to be urging her to do.

The encounter between the First Minister and the Senators indeed brought to mind some Irish responses to Scotland’s ‘No’ vote in 2014. These were along the lines of accusing Scotland of lacking the requisite ‘national spirit’ to get free from the grasp of ‘Perfidious Albion’, as if the historical experience of Scotland and Ireland in relation to England had been comparably exploitative. The failure to understand why Scots have not, at least in sufficient numbers up until now, felt oppressed by the Union – and indeed are proud of their part in some of its achievements such as the Welfare State – seems still to characterise influential Irish Nationalist attitudes to Scotland and the constitutional future of the UK more broadly.

Sturgeon is also well aware that it is crucial, in the context of the UK’s ‘Brexit’ challenges, to try to construct a common front with that other ‘Remainer’ part of the UK, namely Northern Ireland. Given the sensitivities of Unionists against a problematic backdrop of constitutional uncertainty, and their desire to balance traditional Unionist precepts with support for the maintenance of open borders, Sturgeon and the SNP government cannot simply tub-thump about breaking up the (UK) Union. She is well aware that much of what she said in the Seanad about historical links pertains to the particular Ulster-West of Scotland ties that do not carry, to put it mildly, pan-Nationalist ‘Celtic Solidarity’ sentiment. The tangled and complex nature of Irish-Ulster-Scottish relationships is in fact at the heart of the ‘Brexit’ conundrums that all parties on these islands face.

With this in mind, Sturgeon might be well advised to pursue her goals within a context in which all parts of these islands can have input and play a role, and perhaps become better acquainted with all the possibilities and the potential pitfalls.

It can be argued that such a body already exists to provide such a context, namely the British-Irish Council (BIC). Significantly, the secretariat of this body is now based in Edinburgh and it would seem appropriate for the Scottish government to take the lead in tasking it with some serious ‘Brexit’ work programmes.

Up until now the BIC – originally designed to appease Unionists as a counter-weight to North-South all-Ireland bodies – has been the forgotten element of the Good Friday Agreement, performing rather humdrum work in a low-key way. By raising its profile, the SNP government could help to re-assure Unionists in Northern Ireland that East-West relations are meaningful and take account of their fears and aspirations, while also constructing the necessary plenary forum for the inevitable hard bargaining that has to take place.