One hundred years on from its formation, can Northern Ireland become a 'normal' society? Dr Katy Hayward explores the potential for a centre ground and the meaning of normality in Northern Ireland. 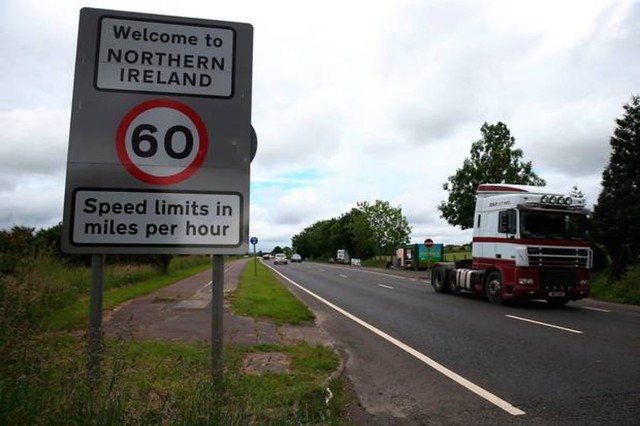 Northern Ireland is not designed to have a middle ground.

It never has been.

Northern Ireland is a country of discomfort – it was drawn in full knowledge that it would please no one absolutely, and displease many people very deeply. Nay – as with so many created in the same era – it is a statelet forged through the application of trauma and social, political and economic upheaval (I am afraid I will return to this point later on. And the word ‘Brexit’ may appear).

And, predictably therefore, Northern Ireland is a society of unease. Its near-century-old wizened roots are still producing unhealthy and prickly branches that extend awkwardly into the present. Whether it be in relation to commemoration, religion, immigration or education – blossoms of commonality struggle to rise from the rocky grounds of division.

So does all this mean that a ‘normal’ society is by definition impossible in Northern Ireland? Well – not to put too fine a point on it – yes it does.

We can see this in the 1998 Good Friday Agreement. If there was any moment to create a ‘normal’ society surely this was it: a critical juncture, a new start.

And to that end, what the Agreement went for was a process of ‘normalisation’. Nowhere was this more clear than at the border, of course. Movement towards what the Agreement termed a ‘normal peaceful society’ was straightforward enough to do: take away the watchtowers, pull away the roadblocks, fly the soldiers back home – that’s a start.

Take the EU monies, leverage the single market, make the most of freedom of movement – that’s a big step forward.

On top of this, then, strengthen the cross-border links you already have and create new institutions to spread the benefits and add democratic oversight. Here you are going some good way towards betterment. Cross-border cooperation became normalised in that it was not radical but logical – –

It is only in such times as the present that we can appreciate, in actual fact, how extraordinary such cooperation was and is.

And this was framed by the fact that the 1998 Agreement itself not designed to create a ‘normal’ society. Such a ‘normal’ society typically depends on a common demos. In a normal society, legitimacy and stability are conferred on a political system by its civic culture. In the Agreement, the official recognition and (shall we say) intended parity of two national cultures and citizenships, connected to two different states, is very unusual. It is not normal. What makes it extraordinary? The explanation lies in one word – Both.

“The birthright of all the people of Northern Ireland to identify themselves and be accepted as Irish or British, or both, as they may so choose…”

Having established Northern Ireland’s abnormality, I want to consider where this leaves it in light of the present challenges; specifically those posed by the overall theme of the MacGill Summer School this year: Can the centre hold?

Needless to say, this theme makes little sense viewed from just across the way in the North. A better question for us would be: Can the centre form?

This is where the interesting results of the Northern Ireland Life and Times Survey can offer some illumination. What I want to focus on here, drawing on some recent work with Ben Rosher is the difference that is being made by Brexit.

The headline results is that a majority of respondents (one in two) in Northern Ireland identify as being neither unionist nor nationalist – this is a trend that has grown steadily over the past 20 years. Most in this cohort say they also have both a British and an Irish identity. This is worth noting in the context of Brexit, in which we have seen a trend of polarisation between those who have strong British and those who have strong Irish identities.

A quite predictable finding is that Brexit has made those who hold a stronger Irish identity more likely to be in favour of a united Ireland, while those holding a stronger British identity are more against it. What about those ‘Neithers’, many of whom report their identity as being at across the British-Irish spectrum? Despite their avoidance of the traditional constitutional divide, they do, on balance, believe that a united Ireland is more likely than not as a result of Brexit but are not overly enthusiastic either for or against it.

In light of this, there is another interesting trend in the NILT data from 2016 (the year of the Brexit referendum) and 2018. There has been a increase in respondents from all communities who believe that Brexit is having an impact both on the likelihood and the desirability of a united Ireland. People in Northern Ireland increasingly think Brexit is having an effect.

In 2016, 62% of unionists said that Brexit made no difference to the likelihood of a united Ireland; this had dropped to 44% in 2018. Correspondingly, a quarter of unionists (27%) think that Brexit has made a united Ireland more likely and 62% of nationalists believe the same. Interestingly, those who are Neither unionist nor nationalist are fairly evenly split, with 1/3 saying it has made it more likely and 37% saying it has made no difference.

If we can presume that nationalists want a united Ireland, we see that 94% of them are saying that Brexit has confirmed or increased the desirability of Irish unity for them. 68% of unionists say it has made no difference. Those who identify as “neither”” believe a united Ireland is more likely but don’t necessarily feel more positive or negative, and may in fact be quite ambivalent towards it.

Unsurprisingly, there has been a steady and consistent increase in the proportion of nationalists who believe that Brexit make a united Ireland more likely (from 37% in 2016 to 62% in 2018). All this suggests that there is increasingly broad agreement across the two communities that Brexit will have some effect on the future constitutional status of Northern Ireland, even if there remains disagreement over what that change should be and whether it should occur at all.

What is happening among the party supporters amid all this? NILT asks people whether Brexit makes them more or less in favour of Irish unity. Although no DUP supporters express a desire for Irish unity anyway, we see that the sentiment against Irish unity is deepening in the context of Brexit. Between 2016 and 2018 there has been a large increase in the proportion of DUP voters who say that they are less in favour of a united Ireland as a result of Brexit (11.5% in 2016 to 32% in 2018). On the other hand, Brexit has made Sinn Féin voters (already in favour of Irish unity) increasingly so; in 2016 38% of them said that Brexit made them even more strongly so and this had risen to 50% by 2018. One interesting finding here is that Alliance voters have also become more in favour of a united Ireland given Brexit: 30% in 2018 saying that this is the case.

The success of Alliance and the Green party in the local and European elections imply that there is an emerging centre taking political form. It is a pro-Remain and pro-devolution voice. Both of these things are very much under pressure. But it is worth remembering that this centre ground was pretty tame a couple of years ago. Indeed, being in the EU and having devolution was where everyone stood.

This emerging centre ground is not just a forward-looking one but a residual belief in the potential that we had pre-2016. It is a truly British-Irish centre ground. A belief in the capacity to be both and the meaningfulness of being so.

And it is forming here even as the cracks appear in the British-Irish relationship at the highest level.

I mentioned at the start that Northern Ireland was created in the knowledge that it would cause undeniable harm and disruption to hundreds of thousands of people. 100 years on, we have achieved not a ‘normal’ society but at least we were creating on one in which there was a hope of moving beyond the harm.

And, with confounding timing, we also have an incoming British prime minister and numerous MPs apparently prepared to consider doing something that will cause undeniable harm and disruption to hundreds of thousands of people – causing the rift to run most deeply at the very point of connection: the Irish border.

Wander the Irish border region and you are literally at the centre ground of politics in these islands. It is peaceful, it is extraordinary in its own way and extraordinarily normal in others; it is complex, it is diverse, it is British, Irish and both.

Long may it be so. May the centre hold.

This paper was delivered by Dr Katy Hayward at the MacGill Summer School on 23 July 2019 in Glenties, County Donegal.

But Katy, what was the alternative from 1910 to 22? civil war? militarily- enforced unity ? were unionist /protestant fears of a catholic state for a catholic inherently unreasonable? we can play around with counterfactuals. from my boomer generation, my favourite held by many who remember the small window between vatican 2 and 1968 is that if only unionism had been more generous, once the new state had been established , crisis might well have bee avoided. they failed to recognise that the minor 1ra campaigns of the 1940s and 50s were defeated not by internment but by the will of the nationalist peop.le.
No doubt LONDON pressure and DUBLIN EngAgEMENT WOULD HAVE BEEN NECESSARY. BOTH WERE NOTABLY ABSENT.
tHAT SURELY IS a BASIC LESSON OF OUR TIME. THE STATE ALBEIT RADICALLY REFORMED, STUBBORNLY SURVIVES . I NOTE YOU DON’T RUSH TO RECOMMEND UNITY AS THE PANACEA.

PS Apologies for the above untidiness. it posed itself before i had identified myself and clicked “submit”!