The historical basis for unionist fears of a united Ireland

A recent report has identified seven main concerns held by unionists regarding the prospect of a united Ireland. Dr Marie Coleman explores historical precedents and the basis of these concerns. 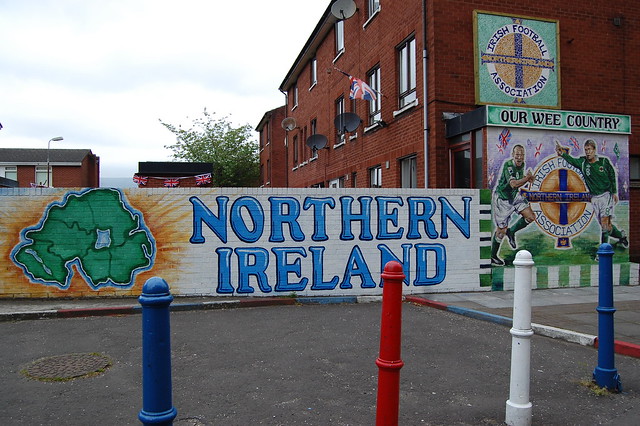 A recent report by the Fianna Fáil senator, Mark Daly, based on a survey of selected unionists in Northern Ireland, has identified seven main concerns held by unionists regarding the prospect of a united Ireland. These include fears that ‘land would be taken off unionist farmers’ and for the loss of ‘identity and the place of unionism within a united Ireland’.

The comments from some of those interviewed for the report indicate that part of the basis for some of these fears is the historical memory of the experience of Protestants and unionists during the Irish revolution (1916-23) and of those who remained living in the Free State following independence in 1921. According to ‘one senior Orangeman’:

Whilst I recognise the basis of these fears due to the historical factual experience of my co-religionists left in the Republic after partition. Their experience of murder, intimidation, alienation and boycott led many to leave and those left were forced to live in fear and silence. Their culture, history and faith almost a guilty secret.

This refers to the fact that the non-Catholic population of the twenty-six counties declined precipitously, by approximately one-third, between the two census of population taken either side of independence, in 1911 and 1926. Historians are largely in agreement that, while the highest rate of decline occurred between 1920 and 1922 and was undoubtedly linked to the political change that was not supported by most Protestants, the demographic change was the product of a more diverse range of socio-economic factors which played out over a longer period.

Church records show that burials outpaced baptisms in many parishes, especially within the Church of Ireland. Emigration outside Ireland or migration within, including to what would become Northern Ireland, usually for economic reasons, accounted for a significant amount of population movement. The change of government in 1922, entailing the departure of mainly Protestant British soldiers and the removal of some police and civil servants from Protestant backgrounds to Britain or Northern Ireland, also accounts in part for the rate of change in such a concentrated period.

Protestants were targeted disproportionately at the height of revolutionary violence between 1921 and 1923. This was often due to socio-economic factors such as land-holding, occupational roles and associational culture. In many counties Protestants were disproportionately owners of larger land holdings. In such circumstances it is not difficult to see why the superior socio-economic status of Protestants would have attracted the hostility of some of their Catholic neighbours, for whom the breakdown of law and order provided a useful cover for land-grabbing attacks on Protestants under the veneer of a political motivation. A significant proportion of claims for post-revolution compensation made by southern loyalists to the British government’s Irish Grants Committee were for property-related incidents, including enforced sale of land. The Protestant experience of unlawful land seizures was exacerbated by what many saw as a legally-sanctioned form of land-grabbing under the Free State’s 1923 Land Act, which allowed for the compulsory acquisition and redistribution of larger land holdings, often owned by Protestants, at unfavourable rates of compensation.

The shadow of 1922 appears to be the basis for this present-day unionist fear of losing their land in the event of a united Ireland. While there might be an historical precedent underlying these fears, the fact that they persist today fails to account for the differing contexts the past and the present. The current Irish constitution, introduced in 1937, guarantees the right to private property. Unionist fears of losing property should be assuaged by the wording of Article 43:

Additionally, unionists would have a considerably larger presence in a united Ireland than their southern brethren had in 1922. Non-Catholics accounted for 7.5 per cent of the population of the Irish Free State in 1926. The equivalent number on the island of Ireland at the present, based on the religious denominations identified in the 2011 Northern Ireland and 2016 Republic of Ireland censuses, is 14.5 per cent – though still a minority a significantly larger one than that of Protestants in independent Ireland.

These fears are also rooted in a belief that southern Protestants were the victims of ‘ethnic cleansing’ both during the Irish revolution and through the discrimination which they faced following independence. While Protestants were targeted during the revolution, this did not amount to a state-sponsored effort to eliminate them as an ethnic group. Nor does it apply to the experience of southern Protestants after independence. The belief of the ‘senior Orangeman’ quoted above that his co-religionists in independent Ireland were ‘forced to live in fear and silence … Their culture, history and faith almost a guilty secret’, is not sustained by research into the experience of Protestants in the south, as exemplified by a recent collection of essays Protestant and Irish: the minority’s search for place in independent Ireland (edited by Ida Milne and Ian Dalton).

Where history suggests unionist fears have a much stronger grounding is in regard to identity. Research on the experience of southern Protestants by Kurt Bowen, Joe Ruane and others shows that while Protestants in independent Ireland retained control of many of their own institutions, including hospitals and schools, their British identity was sacrificed, often at the urging of leaders within their own community, such as senior Church of Ireland clergy and the Irish Times.

What is striking about this report is the paucity of any serious concerns for religious liberty, historically one of the strongest arguments for the maintenance of the union since the emergence of demands for some form of devolved government in the late nineteenth century. For many years during the recent Troubles unionist leaders cited the overweening influence of the Catholic Church in the south and the existence of the territorial claim contained in articles two and three of the Irish constitution, as being among their principal reasons for objecting to unity. Articles two and three were removed over 20 years ago and the results of recent constitutional referendums in the south on marriage equality and abortion access indicate the decline of the church’s influence over policy. Arguably, these former demons have now been replaced by the scenario whereby the republic is not sufficiently religious for certain elements within unionism.

Many of the fears of Northern Irish unionists about what awaits them in a united Ireland, especially in regards to land and the exercise of religion, are unfounded and based on anachronistic and inaccurate interpretations of the past that have lost much in translation as handed down over the past century. However, the experience of their ancestors in the south suggests that unionists’ concerns about their identity and the danger of it being lost or absorbed have a such stronger base in historical precedent, for that was largely the experience of southern Protestants after independence. In the event of Irish reunification the Irish government should begin to consider how unionist identity will be accommodated, and whether unionists can be integrated more effectively than were their predecessors in the 1920s.

I was a Churchmof Ireland rector in Repiblic of Ireland for a number of years. The Protestants people spoke of Keeping their mouth shut and their head down. This was both in the past and present. I am from Northern Ireland and was the victim of minor insults and snubs.

Later I became RECtor on Shankill Road Belfast. Their opposition to a United Ireland had nothing whatsoever to do with discrimination etc but they wanted to keep their BRITISHNESS.

Interesting . I would largely agree with this piece . I have many protestant friends and neighbors . Having lived in Longford Leitrim and Kildare . Some protestant families choose to isolate themselves

Funny that you LEave
out the years before when Catholic people where under the penal code and suffered a hell of a lot more . Many you should read that

These fears are aCtually quite legitimate and based on reality. South PROTESTANTS who remained after 1922 have had to assimilaTe into the Republic. Given that the three main politicAl parties down south are still rooted in Anti-uniOnism, it’s still not a polity that ni prods would feel part of.

Best solution is for NI to become an InDependent state.

The position of PROTESTANTS ifs WAS MISREPRESENted and exaggerated by unionist leaders in ni for political cover .
While there was certainly some discomfort , PROTESTANTS generally were a privileged minority in ifs after the cessation of hostilities

Briefly – a few points to consider ;

1 .THEY served in the highest position in the state on 3 occasions
2 . maybe they kept ” their heads down and THEIR mouths shut ” because they did not want to be identified with the notorious discrimination in northern Ireland
3 a cursory perusal of census data for the early YEARS of THE state reveal that they MAINTAINED significant OVERePRESENTation in ownership of large farms and in the top professions as well as in industry and commerce .
( they had a significant presence In the top civil service POSITIONs and even in the free STATE army . )
This not a situation that most were eager to relinquish .

DON’T ‘take my word for it – find the census reports in the library .

Generally protestants in Ifs got on with their lives and kept their attitudes and opinions .( Ref. Senator jack yates speech c. 1923 in seanad eireann .)

In conclusion – ifs was no paradise but if any SEction had grounds for discomfort it was THE majority who were SHAMELESSly bullied by their church . Protestants , with isolated exceptions , were immune to this .
The orange order and ESTABLISHEd power in Ni made much capital out of exaggerated MISREPRESENTATION for many years even up to the recent past .

I’ve just read your report and I don’t think the unionist should be afraid to lose their identity after all we are a multi cultural nation now. Also you failed to mention that all the land their afraid of losing was belonging to irish people before it was taken off them and given to people brought over from England and Scotland and the many years the so called unionist orange people I won’t say men as through the years I’ve seen that women were worse then men at persecuting the nationists in the North.