Dr Rachel Killean and guest contributor Dr Pete Manning from the University of Bath look at the role of participatory filmmaking as a means of furthering awareness of environment and indigenous issues in Cambodia. 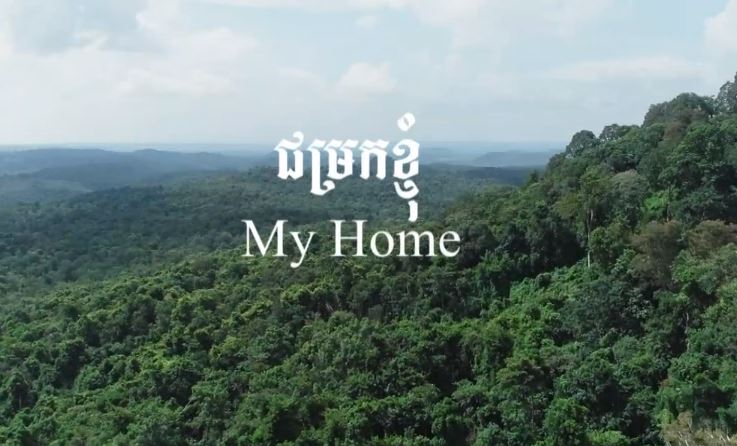 There is a growing urgency around the global need to reckon with the relationship between humans and the natural world. This urgency is reflected in the centrality of environmental concern in several of the UN Sustainable Development Goals, including SDG 6 (clean water and sanitation), SDG 7 (affordable and clean energy), SDG 11 (sustainable cities and communities), SDG 12 (responsible consumption and production), SDG 12 (climate action), SDG 13 (life below water) and SDG 14 (life on land). Deeply interconnected with these environmental concerns are the needs of indigenous communities, who often have unique relationships with their environment and face dispossession and the unsustainable exploitation of their traditional lands. Against the backdrop of these global challenges, a recent collaboration between the University of Bath, University of Leeds, Queen’s University Belfast, the Bophana Center and the Elephant Livelihood Initiative Environment (ELIE), explored the possibilities of participatory filmmaking as a means of furthering awareness of environment and indigenous issues in Cambodia.

Film and filmmaking have proved to be critical avenues for raising awareness about environmental challenges. High profile screen releases have helped set and steer agendas around, for example, An Inconvenient Truth and global heating, Blue Planet and plastic usage, and most recently Seaspiracy and marine conservation. These examples represent a particular genre of “Environmental Documentary” that call attention to environmental challenges, often around or instigating campaigns for change and action. The proliferation of environmental documentaries in recent decades has coincided with greater recognition of the intergenerational politics at play around environmental harm. Young people today will inherit the worsening impacts of multiple environmental crises and have increasing taken the lead on campaigns for climate awareness and justice.

Our work with young filmmakers in Cambodia engaged with these challenges at a local level. Cambodia is currently facing significant and intersecting environmental challenges. Deforestation has led to the loss of 2.2 million hectares of tree cover in two decades. Endangered species have suffered significant population decline, even within designated sanctuaries. Challenges facing Cambodia further illustrate the inseparability of environment from issues of social justice and politics. Indigenous forest dwelling communities such as the Bunong – who already suffer widespread discrimination – are particularly affected by land grabbing and the loss of forest resources. These harms are amplified given the Bunong people’s close relationships to elephants, who have significantly declined in numbers following substantial habitat loss.

Our AHRC-GCRF project, “Elephant conservation and indigenous experiences in Cambodia: Shaping environmental awareness through participatory filmmaking with young people” sought to document and explore these intersecting challenges from the perspectives of Cambodia’s youth and the indigenous Bunong population of Mondulkiri. Building on methods used by the Principal Investigator Dr Peter Manning as part of the AHRC-GCRF project Changing the Story, 12 young Cambodians were provided with an educational programme on environmental and indigenous issues in Cambodia and trained in filmmaking. Over the course of 2020, despite the challenges of the COVID-19 crisis, the young people produced three films, My Home, Dull Trail and Memories, with and within Bunong indigenous communities that explore issues of deforestation, animal welfare, and gender inequality.

The films reflect the worldviews of the young people leading and shaping them, and their engagements with indigenous communities and Cambodia’s remaining forest habitats. The films mobilise the affective role of elephants (and other wildlife) on screen, convey the sense of precarity and vulnerability of Cambodia’s forests, and go further to demonstrate the connections Cambodia’s indigenous communities have with the forest environment. The films have been produced and edited in Khmer and Bunong languages to ensure that the films are accessible to Bunong indigenous groups; at a recent screening in Modulkiri, indigenous community members spoke of the importance of seeing their stories and challenges represented in Bunong language. As the use of indigenous languages in Cambodia is declining, such concerns – and wider questions around the preservation of indigenous heritage and tradition – are particularly important.

The methods of participatory filmmaking adopted in the project provide important lessons for wider arts-led activism around environmental challenges. The recruitment of urban, rural, and indigenous young Cambodians and the process of producing films facilitated the growth of relationships and empathy between filmmakers, members of the Bunong community and the elephants living in the forest. Destigmatising indigenous communities – who often suffer discrimination and exclusion from other Khmer communities – is a necessary part of amplifying awareness of the environmental challenges that indigenous communities face. Similarly, increased empathy with non-human creatures has been shown to be an important facilitator of pro-environmental sentiments and behaviours. Further, recognising that these challenges affect not just all Cambodians but have regional and international salience is an important step in cultivating a shared sense of responsibility for environmental harms within and across communities. The process of participatory filmmaking is particularly well equipped to do this as both a tool for educators and a medium for advocacy and activism.

Film has become an increasingly dominant medium for shaping and steering the public imagination of environmental challenges and how they can be apprehended. The attendant challenge for filmmakers is to allow connections of these issues across local, national, regional, and global scales, while retaining sensitivity to the necessarily intersecting ‘human’ and environmental injustices that surround them. Our project suggests that actively involving young people and impacted communities (human and non-human) in the production of film can play an important role in promoting engagement with these injustices. More broadly, the use of participatory filmmaking offers avenues for a further range of SDGs, including those related to environmental concerns, SDG 10 (reduced inequalities) and SDG 17 (partnerships for the goals). Indeed, recent UN agendas around “Global Citizenship Education” demonstrate growing recognition of the importance of engaging learners as promoters of peace, human rights, and sustainability.

We would argue that participatory filmmaking has an important role to play in this agenda. 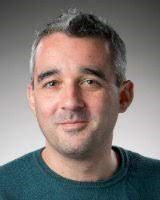 Dr Pete Manning is a Senior Lecturer in Sociology at University of Bath. His research explores questions in transitional justice, human rights and memory, and the intersections of these fields with environmental harms.

Dr Rachel Killean is a senior lecturer in the School of Law at Queen's University Belfast, Her research interests centre on responses to periods of violence and atrocity, particularly international criminal law and transitional justice. Rachel is particularly interested in responses to sexual and gender based violence, and in the ability of existing frameworks to respond to environmental destruction.