What can be done about rising inequality?

Dr Eoin Flaherty examines the issue of rising economic inequality and addresses a few policy options, arising from current international research, that could counteract it. 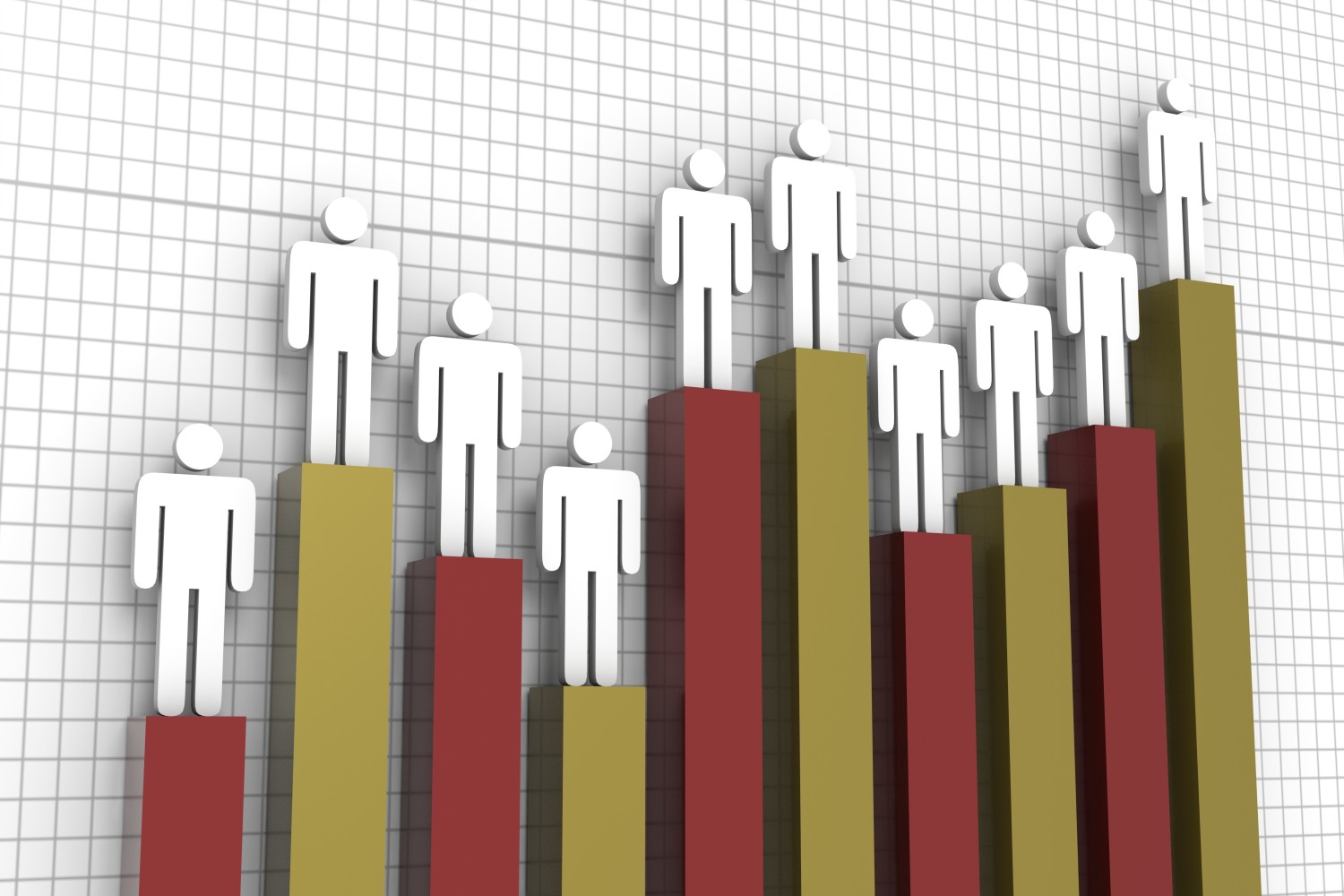 Behind the supposed wisdom of austerity rests a stark truth – although the poorest have suffered most throughout the great recession, the wealthiest have benefitted. Within less than a generation, liberal governments across the world have reversed decades-long trends of declining inequality, now leaving us with a gulf between rich and poor not seen since the Great Depression. This has been achieved through a range of means, such as reductions in top income tax rates, deregulation of the financial sector, and a parallel assault on the welfare state and worker’s security. Osborne’s 2015 Tory budget focuses these measures even further, into a package of social spending cuts with the potential to set equality back even further for generations to come. Yet the Tories have still managed to find space to cater to the wealthy, by raising the inheritance tax threshold. This is welcome news for top earners such as C.E.O.s, whose incomes returned to growth in 2011, averaging 10.5 million globally in 2012. For the rest of workers, real wages have fallen almost 10% since 2008. Shares of total income going to the top 1% have also returned to growth in countries as diverse as Australia, Denmark, Ireland, Portugal, Sweden, and the United States, trends broken only briefly by the early recession years. The result is a fertile policy terrain for rising inequality, which is beginning to register in official data. Whilst the figures appear bleak, current research suggests a number of policy actions which could help address rising inequality. The following points are drawn from existing international research, and all are factors consistently associated with reduced inequality.

The ‘austerity delusion’ has yielded little evidence of a positive effect on economic growth. Instead, countries with depressed economies, squeezed between the manic wisdom of spending cuts and institutional pressure from actors such as the European Central Bank, have reaped the damage of disinvestment through rising inequality, and poverty. The mania shows no signs of waning, as U.K. parliaments continue to pursue a long-term programme of public disinvestment. In the U.K., we now face a further reduction of in-work benefits, welfare caps to maintain the poverty of low-income families, elimination of education grant support, and in Northern Ireland, active disinvestment in third-level education. What are the benefits of greater public spending and a strong social safety net? Research shows that higher levels of social spending as a proportion of GDP are associated with a narrower gap between rich and poor, a greater share of GDP going to workers as pay, and a reduction in shares of income accruing to the top 1%. Rather than incentivising unemployment, higher benefit levels set a ‘reservation wage’, or minimum income standard which tends to equalise differences between earners, and lessen the impact of falling on hard times. We also find high levels of employment amongst such economies, contrary to the popular image of welfare breeding laziness. In some Nordic countries, the benefits of greater social spending are enhanced by unions taking an active role in the wage bargaining process, and their involvement in unemployment benefit administration. Although attempts are underway to index benefits more closely to employment contributions amongst the Nordics, evidence suggests that on a range of economic measures – employment, output, and industrial relations – a universal approach to welfare, rather than the punitive means-tested system of the U.K., offers greater scope for economic wellbeing. Greater redistribution through a more egalitarian tax system, and ‘income floors’ for workers through strong social protections, are therefore likely to yield rapid gains in equality.

Economic security is not just about finding employment. The quality of employment also matters, including the range of in-work benefits available, the security of one’s contract, regularity of working hours, and opportunities for career mobility. The prospects of enhanced employment security are grim. The OECD notes that almost half of employment growth since 1995 occurred through a rise in ‘non-standard’ jobs. This category includes the now-infamous zero-hours contract, an arrangement where the employer offers no guarantee of fixed working hours from week to week. The use of such contracts has also found its way into the public sector, where subcontracting offers a means for management to maintain productivity with a flexible, insecure labour force. The ability of such contracts to drive inequality higher is obvious: insecure workers suffer lower pay relative to their fixed-term or permanent counterparts, lack of secure tenure makes quick hiring and firing easy, while the state ends up subsidising afflicted sectors through direct income supplements.

In this climate of insecurity, the debt economy has thrived. As real incomes remain stagnant, payday loan companies have capitalised on income insecurity with quick high-interest lending. A 2013 investigation by the Office of Fair Trading (closed by the coalition government in 2014), revealed the average cost of borrowing £100 to be in the range of £14-£51. 50% of company revenue originated from refinanced loans, and aggressive marketing tactics were written into staff training manuals. The volume of private debt in the UK economy has grown from 26% of GDP in 1980, to 141% today. With the aid of newly-announced benefit caps, high-risk borrowing looks set to continue propping up consumption, a situation not helped by measures such as the elimination of education grants in favour of education loans. Meanwhile, the financiers who control these companies and profit from their dividends face a fertile terrain of interest-harvesting. In order to address the rise in inequality attributable to these factors, it is essential that the state and third-sector works to promote security of employment tenure, basic income or living wage policies, tighter regulation of lending, and restoration of education funding as a means of exiting poverty.

Public disinvestment has been driven by a dual faith in the power of an unrestrained market economy to generate growth with ‘trickle down’ benefits for society at large, and in the ability of the financial sector to distribute economic risk more efficiently than the state. The former is most obviously baseless: the world economy has never grown as strongly as the ‘golden age’ of welfare investment which came to a close in the 1970s/1980s. As growth slackened in the 1980s, liberal governments across the world (especially in the U.K.) led a dual assault on the labour movement, and on the regulation of capital. Top income tax rates, raised to highs of over 80% in the 1940s to finance the war effort, fell to below 40% in the 1980s.

Unrestrained by the threat of losing pay to higher marginal tax rates, top earners lobbied extensively for pay rises, resulting in a 262-fold increase in CEO pay over the next thirty years. A range of other measures were implemented to assist the free movement of capital: reductions in the proportion of cash reserves required by commercial banks, a reversal of historical separations between commercial and investment banking, and an entrenchment of state reliance on capital markets to raise funds. The perverse logic of this raft of reforms reached its zenith in the Eurozone’s criticisms of Greece: appease capital markets through austerity, and ignore the humanitarian crisis on your doorstep. This deference to investors is not mere ideology – it is embedded in the fiscal rules of the European Monetary Union, and is one of the driving forces behind the austerity delusion. The incomes of the top 1% have thrived in these circumstances: conditions are fertile for realising capital gains as states focus their efforts on appeasing capital markets, public service and utility privatisation offers new monopoly streams of profit for canny investors, whilst financial houses, accountancy and legal firms profit from expensive consultancies dealing with the ongoing fallout from the financial crisis. Entry to the top 1% will now cost you just shy of £160,000, a group which no longer contains mainly senior public employees and higher professionals, but members of the finance, insurance, and real-estate sector. Buoyed by public policies skewed in their favour, this group will become more narrowly defined, and continue to take a greater share of total income for itself.

As the fallout from the financial crisis continues to bite, and conservatives make further inroads into re-engineering the economic landscape in their favour, quick action is crucial. Regulation of capital, taxation of financial transactions, public service investment, and labour market regulation are joint pillars of the same objective of economic security – not only for states and elites, but for workers at large. The action required is substantial, necessitating buy-in from politics, the labour movement, third-sector, and the public at large, but the evidence base is clear. Regulation of capital and re-empowering workers are two sides of the same coin; however the balance of power has shifted very much toward capital. This has not happened by itself – it has been consciously engineered and underpinned by public policy. Neither will it reverse on its own.

Dr Eoin Flaherty is a Lecturer in the School of Sociology, Social Policy and Social Work at Queen's University Belfast. His research focuses on the socioeconomic and ecological processes underpinning the formation of national and cross-national inequalities.