What do people in Northern Ireland think about Brexit? 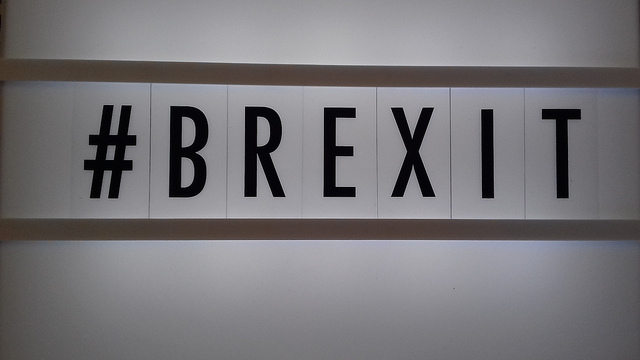 It’s the only part of the UK that will share a land border with the rest of the EU. It’s represented in Westminster by a political party on which Theresa May’s minority government depends. And, above all, it’s a part of the world that has only relatively recently emerged from three decades of conflict.

These are just some of the reasons why Northern Ireland deserves particular attention in the context of the UK’s departure from the EU – and why the views of the people who live there should carry significant weight in the precise exit formula that emerges.

So, what do people say they want? Attitudinal surveys consistently tell us three things.

First, while 56% of people in Northern Ireland voted Remain, an even larger majority say they would now support staying in the EU in the event of a second referendum (hovering at around 60% or above). However, as yet there is not necessarily overwhelming support for holding such a referendum. A LucidTalk poll in January found that 52% of respondents want a so-called ‘People’s Vote’; 43% are opposed.

Second, as with the rest of the UK, many Brexit outcomes are likely to be polarising. In Northern Ireland, these divisions of opinion are strongly related to the ethno-national dimension. A large majority of unionists are uncomfortable with the ‘backstop’, which has come to be associated with a ‘border’ down the Irish Sea. A LucidTalk poll in December reported that 69% of unionists oppose Northern Ireland exiting the EU on a different basis to Great Britain – either due to the perceived impact on Northern Ireland’s economy or on the long-term constitutional position. In contrast, 88% of nationalists would see this scenario as advantageous (as would 65% of respondents overall).

Turning to another scenario, ‘No Deal’, many unionists seem relatively relaxed about this potential outcome, despite the possibility of border checks with the Republic of Ireland. Given the choice between remaining in the EU and leaving without a deal, two-thirds of unionists say they would support the latter, while 90% of nationalists say they would support remaining in the EU. The vast majority of those identifying as neither nationalist nor unionist would oppose this outcome.

Third, assuming the UK does leave the EU, there is one outcome that could attract significant cross-community support. Earlier this month an Ipsos-MRBI poll for the Irish Times found that 67% of people living in Northern Ireland support the whole of the UK staying in the single market and customs union, up from 61% in our UK in a Changing Europe survey conducted in the spring of 2018.

Crucially, in this study we found that both a large majority of Protestants (62%) and a large majority of Catholics (61%) support a soft exit for the whole of the UK. This includes a majority of supporters of each of Northern Ireland’s five main parties. In an otherwise deeply divided place, it is rare to find this kind of cross-community consensus on such a salient political issue.

The UK government has so far been unable to secure support for its Withdrawal Agreement with the EU in the House of Commons. Many MPs appear unwilling to compromise, and the Withdrawal Agreement itself is the product of the government’s rigid red lines. If it now pursues a softer kind of Brexit – by effectively remaining in the single market and customs union – it is likely to be widely supported in the region for which the consequences of leaving will be most acute. Other outcomes are likely to have more polarising effects on public opinion in Northern Ireland.

Article originally appeared on the blog of the Political Studies Association.

Dr Jamie Pow is a Research Associate in Political Science at KU Leuven, Belgium. Professor John Garryis Professor of Political Behaviour at Queen’s University Belfast. Along with Brendan O’Leary and Kevin McNicholl, they published a report on public opinion towards Brexit in Northern Ireland for the UK in a Changing Europe initiative. You can read the full report here: ‘Northern Ireland and the UK’s Exit from the EU: What do people think?’

A hard Irish border is quite possible, a frictionless one is an oxymoron