As part of a three-year research project on the Protocol on Ireland/ Northern Ireland, a series of regular surveys has been commissioned to ‘temperature test’ voter attitudes on a range of issues relating to Brexit, the Protocol, and their implications for Northern Ireland. 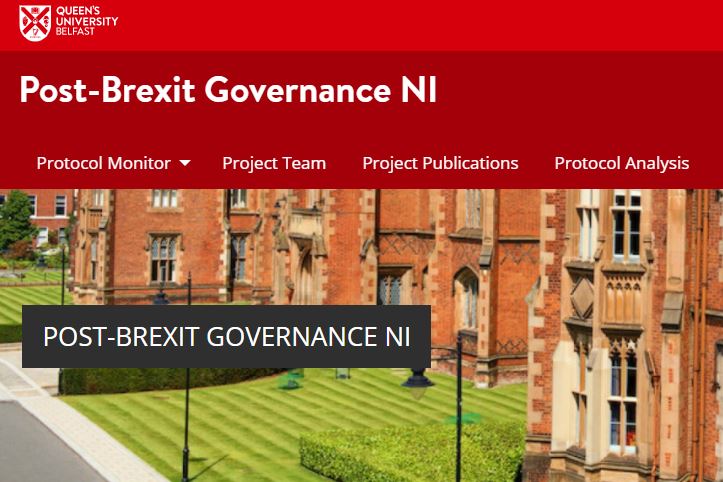 The surveys are being conducted quarterly during 2021-2023 by LucidTalk using its online Northern Ireland Opinion Panel. This means that the survey is not based on systematic random sampling across Northern Ireland (NI) society. Instead, it is a reliable indicator of the opinion of NI voters across the spectrum, who take an interest in current affairs and politics, and who are likely to exercise their right to vote. From the sample of 2682 responses, the results presented here are weighted to be representative of the adult population of Northern Ireland (e.g. by age, gender, party support). All results presented are accurate to a margin of error of +/-2.3% at 95% confidence.

The context for this poll

This third survey was undertaken on 8-11 October 2021, so nine months into the post-transition period of Brexit and four months after the second survey in June 20201. A first survey was completed in March 2021. Much has happened since the second poll to shape the context for this poll.

Shortly after the June poll, the UK government made a formal request to the European Commission to extend the ‘grace period’ for preparations for new checks and controls on chilled meat products moving from Great Britain to Northern Ireland that was due to expire on 30 June 2021. The European Commission agreed to the request and indicated a package of measures to address some other issues related to the implementation of the Protocol. Immediately before that, Maroš Šefčovič, the European Commission Vice-President responsible for the implementation of the Protocol and EU-UK relations, gave evidence for the first time to a committee of members of the Northern Ireland Assembly (MLAs). The end of June also saw the High Court in Belfast dismiss two applications for judicial review challenging the Protocol.

You can view or download the report by clicking here.

Katy Hayward is Professor of Political Sociology at Queen’s University and Senior Fellow at the UK in a Changing Europe.

David Phinnemore is Professor of European Politics at Queen’s University.

Lisa Whitten is a Research Fellow at Queen’s University.