On Human Rights Day 2021, Professor Colin Harvey reflects on human rights progress in Northern Ireland, as well as what remains to be done. 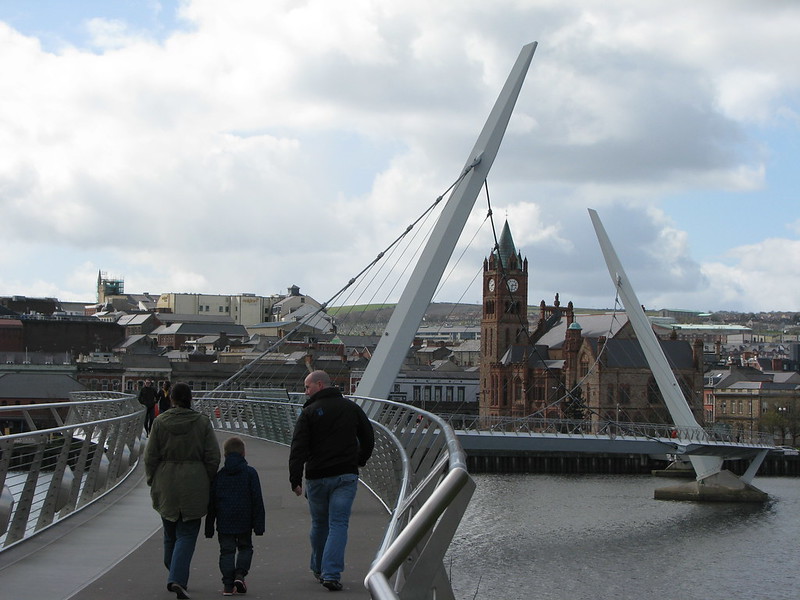 ‘Human rights week’ each year provides an opportunity for reflection on the present and the future. In Northern Ireland it is a chance to consider progress made and what remains to be done. It is well known that better human rights protection was central to the Good Friday Agreement. A promise that circumstances would improve, past violations would not be repeated. How are things going? On the positive side, the Human Rights Act 1998 was enacted and is still there; human rights and equality institutions were established. The ‘Convention rights’ are deployed widely and have been absorbed into the governance arrangements. Brexit is increasing anxiety, but the Protocol mitigates some of the damage. It is not widely known, but it contains a potentially significant human rights and equality guarantee (Article 2). A complex ‘no diminution’ provision whose true meaning and value will only become apparent when the courts start to grapple with it. The fact that it is even there is an achievement. The echoes of those who said Brexit had nothing to do with human rights have faded.

This is all supplemented by a patchwork of equality and non-discrimination standards. A range of civil society advocacy groups have found ways, despite competing agendas, to work together effectively. They have ensured that rights and equality are not forgotten in any public policy discussions.

Northern Ireland is, however, often better known for what has not happened, and its many silences. A long-running Bill of Rights process continues. The Northern Ireland Human Rights Commission delivered advice to the UK Government in December 2008. Momentum returned following New Decade, New Approach, with the establishment of an Assembly Ad Hoc Committee to take forward this work. It is due to report in early 2022, but the Committee is currently adjourned, following claims, among other things, about appointments to the envisaged Expert Panel. A major political blockage to a meaningful human rights and equality agenda is well known. But an odd reticence to name it tells a story about the nature of the region.

A Charter of Rights for the island never arrived, there is no Single Equality Act, and no Irish language legislation. The current approach to the legacy of the conflict displays contempt for human rights. These are selected examples only. The reason why these challenges exist is no secret. And there is a belief that the arrangements tend to sacrifice equality and rights to a well-meaning, but dangerously flawed, conception of good relations. A ‘plague on both houses’ narrative that rightly attracts scorn in other societies is often quietly perpetuated and internalised here. It is a framing and approach that impedes access to the type of shared society that most appear to want. How much longer this collusion in denialism continues is an open question, with an honest reckoning overdue.

Where does this go next? Evidence suggests that the appetite for change across all communities is real. Activist cultures on the island give cause for optimism and hope. Incremental gains are being made. With a Brexiteer government in London that houses a distaste for core Agreement values, perhaps maximising the potential of what is there now may be the best available option.

But larger questions arise. Can the sort of equality and human rights guarantees that people here need continue to be casualties of a flawed reading of what genuine power-sharing requires? What should be made of mechanisms designed to uphold rights being used to push them away? Is the only real prospect for a comprehensive conversation on equality and rights to be found in dialogue about constitutional change? It feels like this region is travelling once again towards a major discussion about the preferred way forward. One in which the ‘principle of consent’ may end up being tested in the anticipated way. Self-determination is, after all, a right contained in the Agreement. There are also candid reflections required about why systems intended to advance equality and rights have achieved the precise opposite. What is not in doubt is the determination of those working for equality and rights on this island to ensure that gains continue to be made for everyone.