Dr Billy Melo Araujo looks at some of the problems facing Northern Ireland following the return of border checks on traded goods brought about as a result of Brexit. 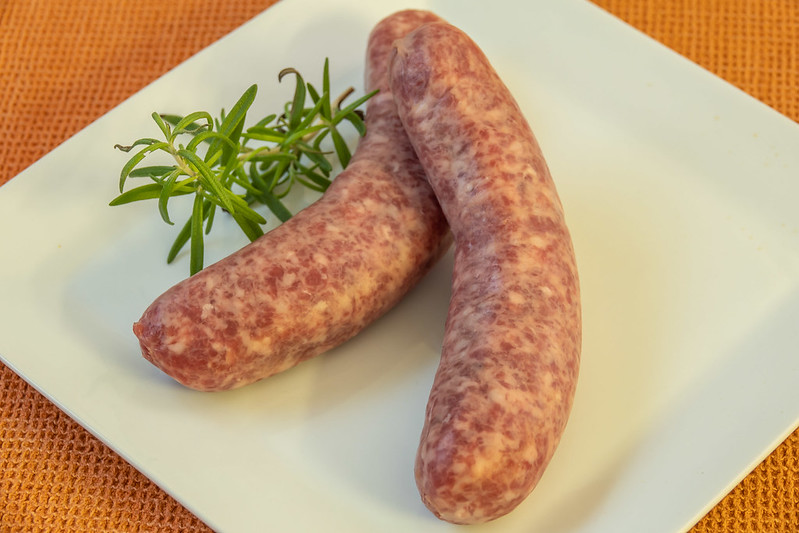 Back in November 2020, Boris Johnson announced that nothing could stop “the Great British sausage from making it to Belfast”. This was in response to reports that the Protocol on Ireland-Northern Ireland, which governs the trading relationship between Northern Ireland and the EU, would have the effect of banning the import of sausages from GB to NI.

To understand why trade in sausages between GB and NI could be affected by the Protocol, one must first understand the rationale of the Protocol. When the UK decided to leave the EU customs union and internal market, it also decided to accept a return to border checks on goods traded between the UK and the EU. These checks are required, for example, to collect customs duties (i.e., taxes on imports) and to ensure that goods accessing the UK and the EU comply with domestic rules.

The return of border checks on traded goods presented a particular problem for Northern Ireland. The 1998 Belfast Agreement – that is, the international treaty that has underpinned the peace process in Northern Ireland – was framed by both the EU and the UK as requiring that there should not be a return to a hard border within the island of Ireland. To avoid such a border, the Protocol requires NI to comply with EU customs and internal market law.

Thanks to the Protocol, there is no need to carry out regulatory compliance checks on goods traded between NI and the Republic of Ireland as they comply with the same rules. By contrast, goods imported into NI from outside of the EU, including GB, are subject to a number of formalities, procedures and checks. For GB imports, these checks occur at the Irish Sea customs border.

But what about the sausages?! EU food safety regulations allow only frozen meats to enter the single market – prohibiting the import of chilled meat products, such as sausages and minced meat. Such a ban does not apply to meat products traded within the EU since all EU member states are subject to common regulatory standards which are continuously monitored and enforced by EU institutions as well as domestic and EU courts. However, this does not apply to third countries. The reason for this is that even if a third country adopts rules that are identical to those of the EU (e.g., UK), the EU cannot simply assume that these rules are effectively complied with and enforced in those countries. Since NI is subject to EU laws in this area, the same prohibitions should apply to chilled meat products imported from GB. However, in December 2020 the EU and the UK agreed on a grace period, starting on 1 January and ending 1 July 2021, during which chilled meat products from GB could access the NI market subject to certain conditions.

It is therefore true to claim, as Boris Johnson did, that nothing could stop the Great British sausage from making it to Belfast, but only on a temporary basis and subject to a number of conditions.

Now that the grace period is nearing its end, politicians are, once again, faced with the uncomfortable reality of the choices made in the context of Brexit. Leaving the internal market and recapturing the power to set standards and regulations on goods inevitably means increased barriers on trade with the EU. For NI, those checks take place at the Irish sea border to avoid a land border.

So what now? A number of solutions have been floated, from the conclusion of a veterinary agreement where the UK would align itself to the EU’s food and plant safety and animal health rules (favoured by the EU) to an agreement where both sides would mutually agree to recognise the equivalence of each other’s standards whilst maintaining the ability to deviate (favoured by the UK). As of yet there are no signs that the parties are close to reaching any type of agreement on this.

As things stand, UK chilled meat products would be barred from accessing the NI market from July 2021 onwards. The UK has reportedly stated that it would be willing to unilaterally extend the grace period. But a unilateral extension would clearly be in breach of the legally binding commitments the UK has made under the Protocol.

The EU could react by triggering the arbitration mechanism under the EU-UK Withdrawal Agreement and initiate infringement proceedings against the UK before the European Court of Justice. This is, in fact, the approach taken by the European Commission following the UK’s decision to unilaterally extend the grace periods for checks on agri-foods. In both instances, should the UK be found to be acting illegally, the UK could find itself at the end of significant financial sanctions which could take the form of a lump sum or penalty payments.

Furthermore, if the UK were to not rectify the non-compliance 6 months after the arbitration ruling or refuse to pay the financial sanctions ordering such payments, the EU would have the right to retaliate by suspending obligations arising from the Withdrawal Agreement or even the EU-UK Trade and cooperation Agreement. In effect this means that the EU could re-impose barriers to trade, such as tariffs and tariff rate quotas, on UK imports.

In other words, the UK could pay a hefty price for its failure to comply with the Protocol. But, in reality, such a price would pale in comparison to the further instability it would cause in Northern Ireland and the potential damage inflicted on the Belfast Agreement and the peace process.

What is needed then is for solutions to be found in a spirit of honesty and good faith.

Honesty, because there needs to be a recognition that these barriers to trade are not, as some have claimed, unreasonable or “bonkers” but rather the consequences of the trade relationship that the UK has willingly sought to achieve with the EU in a post-Brexit world.  The very existence of grace periods, temporarily suspending obligations under the Protocol, is an acknowledgment that both the UK and the EU understood these consequences from the outset.

Good faith because any solution (veterinary agreement, rule equivalence or “goods at risk”-type system) will require the existence of a relationship based on mutual trust. In the absence of this mindset, the operation of the Protocol will continue to be marked by conflict and controversy.

A version of this article originally appeared in The Conversation.

Hamming it up: sausage wars, porky pies and party roastings