What structural and collective changes are required to address the climate emergency? Professor John Barry calls for a just energy transition that leaves no community behind. 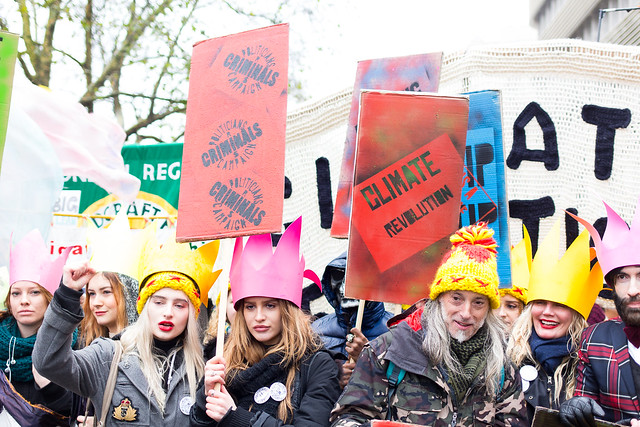 What connects the following? The threatened closure of Harland and Wolff, Northern Ireland having the highest levels of energy poverty in Europe, the recent heatwave across Europe and the evacuation of 1,500 people from Whaley Bridge, and Harry and Meaghan’s decision to only have two children to save the planet? What connects them all is the intersection of the climate and ecological crisis with issues of social injustice, class and how the structure of our economy is locking us into an unsustainable path.

An important issue we need to get right is the language and framing of the climate and ecological crisis. With growing scientific evidence for accelerating climate breakdown we all should stop talking about `climate change’ – as the journalist George Monbiot has noted calling it climate change is like calling enemy invaders `unwelcome guests’.

Secondly, `telling the truth about climate breakdown’, as the Extinction Rebellion movement correctly demands, involves seeing that it is not the planet that needs saving.

We are perhaps finally reaching a tipping point where the public is now aware of the urgency and severity of the crisis – whether through Swedish climate activist Greta Thunberg and the school strike for climate movement, the public educational role played by David Attenborough, or the rise in support for Green Parties at the last European election.

Four countries have taken a leadership position in declaring climate and ecological emergencies (Ireland, UK, Canada and France), as have almost 100 local councils in the UK and Ireland. The recent Met Office report has stated that the warmest 10 years on record have only occurred since 2002. Climate science tells us have just over a decade to decarbonise the economy.

This is huge task, but one that is not impossible, but only if viewed as requiring structural and collective change than the decision by a wealthy couple to limit their family to two. At the other end of the class spectrum we have vulnerable people in Northern Ireland living in energy poverty, due to a combination of how dependent we are on home heating oil and poorly insulated housing.